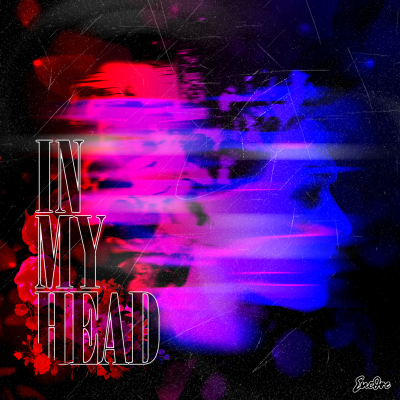 Winnipeg, MB-based duo, Encore have released their first single of 2021, “In My Head”.

Serving as the band’s follow-up to their hit “Tell Me,” “In My Head” showcases what the band is quickly becoming known for: a group who aims to seamlessly blend genres like pop, rock, and hip hop while using deft production and crafting out their own unique sound that is entirely their own.

When asked about the inspiration behind “In My Head” Encore states,

“”In My Head” is about the reflection of memories and recognition of how certain things can remain with us for a long time. When you think back, it becomes clear that even though time goes on, that person or specific memory stays with you and continues to play a part in your mind.”

Check out “In My Head” below, and find out more about Encore via our Five Questions With segment.

Hey! So glad to be speaking with you. As an introduction, we are Encore, a Canadian band out of Winnipeg, Manitoba. We have been playing together as a group now for about four years and have put a lot of our focus on developing new music and combining genres. When we first started out, we were all in high school, so it was a big learning experience, and had to find a way to get into a totally new creative atmosphere. From that point, we’ve been lucky enough to tour the country, open for some other big-name artists, and grow our fan base from the ground up.
Thus far, learning how to write and record music from scratch has got to be our biggest challenge. During our first recording session we instantly realized that there is a lot more that goes into it than we originally thought, and I think as we continue to expand our abilities, we consistently learn new skills that we can apply to our craft.

We started to play the piano when we were just four years old, so growing up was a very musical time. We listened to a ton of the classics, so there was always music being played from the Beatles, Stones, and Elvis. When reflecting on these times, I think a lot of the music that we grew up with influences our style in the modern-day. From the time we started writing together, we had specific goals about what we wanted our music to sound like and how we want our compositions to impact people. As so much of music can be an emotional thing, we like to write music that plays on these emotions and can connect with people on a personal level.

In doing this, I think it has provided us with a way to relate with our listeners, so they know where we are coming from, and when they hear the lyrics, they have a chance to think about certain memories or experiences that they’ve gone through. This has been one of the most important goals so far in our careers, and we are very grateful for all of the people that we’ve been able to connect with and relate to in our journey.

Since there are so many influences in our specific style, a lot of our music can range in how it sounds, depending on what type of vibe or feel we are going for. There are definitely sessions where we come out with something similar to Aerosmith, Bruno Mars, and even Queen. To us, that’s something really special and it allows us to take on new challenges that we can attempt to overcome through the course of multiple recordings. This way, we try to find new ways to improve and change our sound frequently, always striving to release the absolute top-quality music for all of our followers.

It’s definitely been quite an adjustment! When the pandemic began, so much of the music industry was seriously affected, as was much of the world. One thing we are lucky to have access to is social media, so making sure we utilize it to our advantage has been our biggest focus. Using Zoom and Facebook, we were able to do recording and writing from a distance, ensuring we follow public health orders while still remaining focused on creating new material. Oddly enough, some of the best pieces we’ve written have actually come out of these newfound online sessions. At first, it was much more difficult as we had to adjust to the new way of doing things, though as time went on, we have found ways to consistently use technology to our advantage and help further our repertoire!

Additionally, the pandemic has allowed for us to each learn new instruments and advance our abilities with regards to our musical capabilities. I think as we progress forward, this will definitely be useful in making new records. Specifically, I was able to learn how to play slide guitar, something I’ve always wanted to do but never had the time. I think with this extra time that we had access to, it has significantly helped our creative abilities, as we’ve developed an abundance of new music throughout this past year.

I would have to say our brand-new single, “In My Head.” This song was just released, and we have never been so excited for a new era of our music. From the time of the last track, there have been many changes within our lives and our musical direction. As we mature, some songs stand out more and with this song that is exactly what happened. When we first started writing, it only took us about an hour to have most of the material developed and felt like such an organic way of songwriting, especially since this was first created at the beginning of the pandemic. After we wrote out all the lyrics and melodies, we produced the majority of the song throughout the duration of five days. At that point, we stopped working on it for a few months, but later decided to revisit it and instantly knew we had to finish the track! A big reason for this was probably because of how we took time away to create other pieces, then when we finally came back to work on it, there were distinct things we knew needed to be changed and found ways to improve all aspects of the recording process.
Now that it’s out, we’ve been overwhelmed with the great responses that we received so far and can’t wait to continue sharing it with new listeners. Another aspect of the song that we think is going to be special is the music video. Due to the health orders currently in place where we live, we have had to postpone production multiple times, but are still very excited to film and put it together. The idea for the video has been established now for a few months and the whole band is looking forward to the moment it finally all comes together.

Canadian music has seen a massive uproar lately and I’ve been really into a few key artists. There’s a pop duo out of Vancouver called ‘Fionn’ who has been crushing it. They have been working with Josh Ramsey and have released quite a few tracks that are total bangers. ‘The Command Sisters’ are another group that is really making big waves for Canada within the music industry. We all really enjoy their style and vibe, I think it’s really unique and standout, something that is absolutely essential for any modern-day artist. Another group we really like is ‘New City.’ We actually had the opportunity to open for them in 2019, and it was a great experience to meet them and get to see what they are all about. They just recently released a comeback track and it’s quite good, a cool step for them. It’s always difficult to narrow all of our favourite Canadian artists into a small select few, but I think right now these three artists have definitely been standing out to us! I look forward to seeing the next big act out of the special music community that our country has to offer.