Five Questions With Timid, The Brave 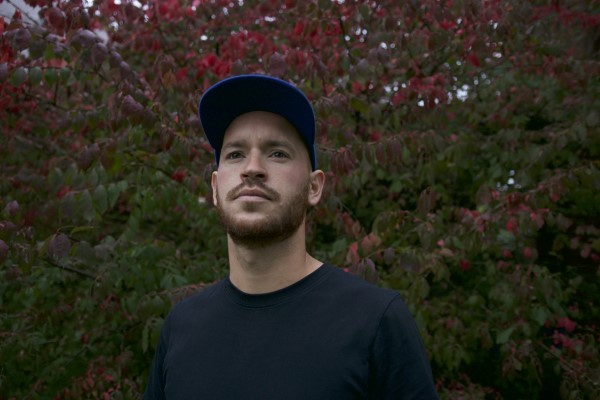 Timid, the Brave is the solo moniker of Hamilton, ON-based songwriter, Tim Selles. He has unveiled a video for his newest single, “Magnolia”.

“When I wrote Magnolia, I was trying to capture the initial thrill and nervousness of new love. I wrote the first half of this song on the walk home from my first date with my wife. It was early May, and we had spent all afternoon wandering the arboretum at the botanical gardens together. There was this air of uncertainty that first dates can have, where you seem to be connecting but you can’t help but ask yourself, “Are they feeling what I’m feeling right now? Are we thinking the same things?”

The lyrics and melody came to me all at once as I walked, so I recorded a voice memo on my phone and then immediately recorded an acoustic demo as soon as I got home.  When we got into the studio, our drummer easily convinced me that the song needed a steady, upbeat rhythm to it. He recorded the drums in one take and we built the rest of the song around that live energy.”

“I think it captures that feeling of being in the moment and enjoying the thrill of connection with someone new, while at the same time feeling some trepidation, knowing that feelings like these can come and go. “Will you love me when the drugs leave?””

Check out the video for “Magnolia” below, and find out more about Timid, the Brave via our Five Questions With segment.

My name is Tim Selles, and I’m a Hamilton, Ontario-based songwriter and musician. I’ve been writing and releasing songs under the moniker ‘Timid, the Brave’ since 2012 with the Hamilton, ON record label Other Songs. I was born in Vancouver, grew up in Alberta, and moved to Ontario to study English at University. I’ve seen a lot of Canada! I stuck around Hamilton after university because I love the supportive, collaborative music scene here. It’s a small city that often feels like a small town, and it’s not uncommon to bump into a few other musicians/creative types when I’m out for a walk around the neighbourhood. There’s a really beautiful community here, and I can’t wait to get live shows back up and running when this pandemic is finally over!

I started out writing songs simply as a way to have something to put my lyrics to. I taught myself guitar late in high school, and I kind of stumbled into songwriting as a way to process what I was going through, sort of like journaling. Songwriting has always been a deeply personal, often therapeutic experience for me. Most of the time the lyrics and melody come all at once, and I have to kind of race to get things down and record a voice memo on my phone before the inspiration fades. It’s so often that lightning-in-a-bottle kind of experience. I can’t pinpoint why it happens or when it will happen, I just try to be open to the moments when I feel like writing a song, and I try to keep my guitar close at hand.

I had fortunately finished writing all of the songs for my upcoming record before the pandemic hit, so I didn’t really feel any pressure to be creative when it came to writing, which was a huge relief. We’re starting to see this great art come out of the experience of lockdown (Bo Burnham’s Inside, Zadie Smith’s book of essays, Intimations for example), but I don’t think I would have been able to truly be creative in that same way over the past year. Instead, I was able to focus my creative energy on recording. I was living with Gareth Inkster (he produced, engineered and mixed the whole upcoming record) and we were able to spend most of July 2020 recording in an old church that we had access to next to our house in Hamilton. It gave us space to safely distance when we needed to bring other musicians in, which made the whole thing doable. Recording is a very different creative headspace than songwriting is for me, and we had so much time to just throw things at the wall and see what stuck. It was a fantastic experience and a real silver lining in the past year for me.

I think I’d have to say my latest single, Magnolia. It’s the most fully realized song that I’ve recorded in terms of the production and arrangement of the song. It’s also the happiest song of mine. I wrote it and recorded a voice memo on my phone as I was walking home from my first date with my now-wife (we got married in August 2020), and I recorded a full demo five minutes after I got home. Magnolia is a summery, upbeat folk song about the thrills and nervous excitement of new love. I think it’s a really fitting song for this late-spring/early-summer season we’re heading into.

One of the first Canadian bands that really blew me away was The Weakerthans. Lyrics are always a huge draw for me and John K. Samson is one of the most gifted lyricists writing in Canada right now (see basically any song from Winter Wheat for proof of that). In that same vein, Leonard Cohen has to be up there on my list of favourite songwriters. He was so consistently profound and prolific throughout his lifetime. I remember driving through the Kawarthas listening to the CBC all-day radio special that they aired the day after Cohen died and just being blown away by his breadth and reach. He’s a constant inspiration. Jennifer Castle is a favourite as well. Anyone who can write a song like “Texas” deserves the world’s attention. Andy Shauf is another writer whose lyrics draw me in and keep me there. His ability to capture whole narratives and build familiar worlds on “The Party” and “The Neon Skyline” is so inspiring. I listen to those songs and I’m immediately transported to every house party and every dive bar I’ve ever been to.