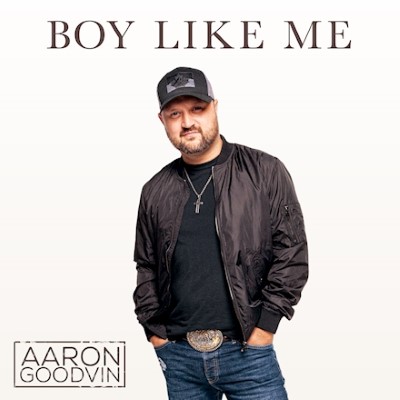 June 4 was a great day for Alberta native Aaron Goodvin because on this day this award-winning singer-songwriter made his fans and supporters very happy with the release of his newest single “Boy Like Me.” Goodvin co-wrote the song with Skip Black (his co-writer of the double platinum-certified smash “Lonely Drum”) and Michael August, and co-produced it with Grammy-nominated Matt McClure. It has an infectious hook and hearing Goodvin’s unmistakable voice makes it all the better.

“Boy Like Me” centers around that oh-so-special feeling that doesn’t happen all that often. It’s that feeling of meeting someone and right away realizing you want to spend the remainder of your existence with him or her. Goodvin had that feeling when he initially met his wife Victoria.

“Something every artist wants to have is a timeless song that you can play on repeat and never get tired of hearing, and there’s something about “Boy Like Me” that just feels right. I also feel like it is going to dictate what the live show is going to look like in the very near future. I am so excited to release this song now because I know we’re so close to being able to perform live again.”