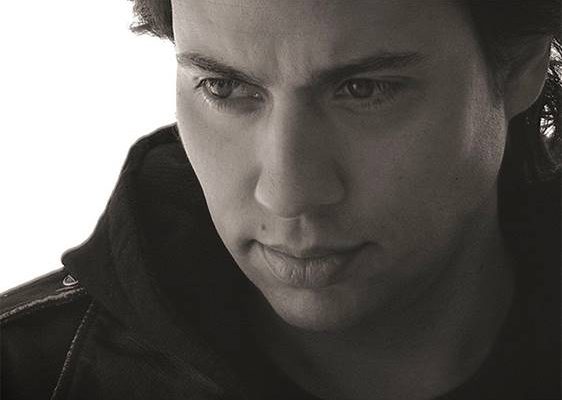 Canadian indie alt-rocker Laszlo has released his newest single, “Girls on MTV (80s Guy, The Way It Should Be)”, which pays retrospective homage to MTV and its stars. The single is from his most recent EP, All Those Junes Ago, which was released last month.

The song and its lyrical muse take on a whole new meaning when you learn Laszlo grew up in a fundamentalist religious cult, and his access to music — particularly rock music — was a journey all it’s own.

Despite not having much in the way of money, Laszlo’s mother had one requirement of her children — piano and violin lessons. While music of all genres would ultimately play throughout the house, his first CD (Rush’s Farewell to Kings) had to be hidden under his bed and listened to quietly, his ear pressed against the speaker.

Still young and not having the funds for his own guitar, Laszlo was eventually given one from his brother; it had four or five strings, he recalls, and in light of his relentless rock-centric practicing, the family started to come around to his sound.

“Music has been, and always will be, a major part of my life,” Laszlo reflects about his deeply personal connection to the artistic outlet that was there for him when seemingly no-one else was. “Growing up poor and in a religious cult, music was a lifeline for me.”

“Particularly in the past few years, having left a cult and being shunned by my family and friends, songwriting has and continues to be cathartic and healing outlet,” he continues. “It gives me a lot of hope for a better life.”

Check out the single below and find out more about Laszlo via our Five Questions With segment.

My name is Laszlo. I’m a Canadian-born songwriter, producer & musician. At present, I am promoting my new music which I produced and performed myself.

My music has a prog rock foundation although it would be hard to see sometimes. Rock is the core of my music style but I’m not afraid of ballads or music with a beat to it – I like to think there’s something for everyone. When writing, no matter what the genre, I like to focus on melody and love a big buildup.

My live performance is meant to be an emotional journey. I want you to feel, to rock, to think, to cry…in the end I want to change your life.

That’s very hard because my music can be quite diverse. But if you twist my arm, it would be the song Use to Love Me on my ‘Still Rock n’ Roll’ EP. It’s diverse in musicality, has a great buildup, a killer chorus, and a funny storyline. And I also play a bass solo.

Hands down! My favourite band of all time is Rush. I even went to the same junior high school as Geddy and Alex. They have been my favourite band since I was 4 or 5 years old and I love all their stuff.  The musicality and dedication to be the best musicians, performers and songwriters is an attitude I share with them. Of course, The Hip and Triumph are on my playlist too.