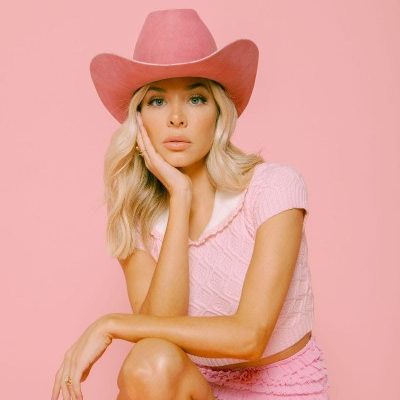 It’s an exciting year for Canada’s MacKenzie Porter as her latest video “Pickup” premiered on CMT and she’s on the road with Walker Hayes on the Fancy Like Tour.

Big Loud Records international star MacKenzie Porter has started out 2022 by bringing a catalogue standout to life, premiering the official music video for her next hit single, “Pickup,” exclusively with CMT. The “Pickup” official music video is directed by Justin Clough and debuted on the March 12 weekend edition of the CMT Hot 20 Countdown. Fans in New York City caught the video on Paramount’s Times Square Billboard Saturday, while music lovers and Porter fans everywhere can watch it on CMT.com.

“Pickup” was written by Porter with Will Bundy and Lydia Vaughan and this catchy melody tells the story of how one moves on and the other doesn’t after a relationship has ended.

Says Porter of the music video,

“The “Pickup” music video was one of my favourite music video shoots I’ve ever done. I loved the concept; from the minute we came up with it so seeing it come to life was so special. My favourite part was my dog (daughter), Willa, made her acting debut! It goes by so fast but she’s in there and it makes me so happy to see her little face on screen.

I really wanted the video to tell the story of a break-up in a unique way — not directly on the lyric. When we came up with the ‘Barbie comes to life but doesn’t get the guy in the end’ idea … it just felt right. As a young girl, I thought Barbie was everything – she had it all together, the perfect hair, the perfect face, the perfect body. But I love telling the story that even though someone’s life looks ‘perfect’ on paper, that never really reflects reality. Nobody’s life is perfect, and we all get our hearts broken at some point.”

Launching into 2022, Porter has her first-ever U.S. country radio #1hit with her six-week chart blazing Dustin Lynch collaboration, “Thinking ‘Bout You.” Porter has another great reason to celebrate 2022. She’s on the road now supporting 2022 GRAMMY nominee Walker Hayes on his American nation-wide The Fancy Like Tour. The 19-date show kicked off on January 27 in Grand Rapids, Michigan, making stops in Jacksonville, Little Rock, and Knoxville before wrapping on April 30 in Louisville, Kentucky. The pair will play to packed out crowds at New York’s Hammerstein Ballroom (March 24) and Nashville’s Ryman Auditorium (April 29).