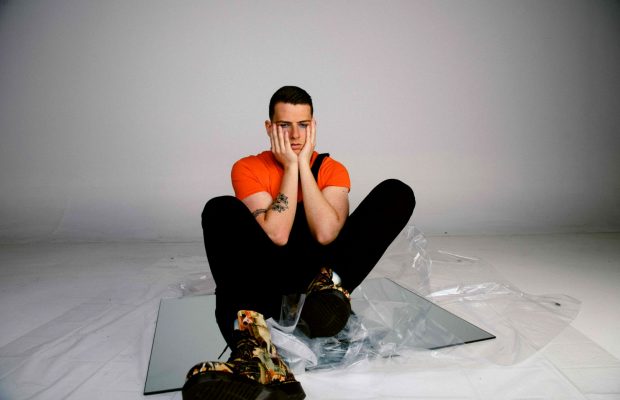 Mathew V is heading out on the road this year as the opener for Ralph’s west coast tour. The 22-year-old is making his name in Canadian pop music, after signing with 604 Records.

His debut single “Tell Me Smooth” stayed on the pop charts on Canadian radio for 18 weeks, peaking at number 18. The full album, released in spring 2018, charted on both Canadian and U.S charts. While his music continues to make an impression, he’s been spending plenty of time on stage; he’s opened for major acts including Betty Who, Hanson, Daya, and MAGIC!. Last fall he hit the road with fellow Canadian Ria Mae on her fall tour.

With strong ties to the LGBTQ+ community, Mathew even graced the cover of Spotify’s 2018 Global Pride playlist. We caught up with Mathew V to find out more about his passion for making music, being on the road, and his dreams for 2020.

Why did pop music call your name?

I grew up in a house filled with pop music. My childhood was spent surrounded by the music of Celine Dion and Shania Twain pretty exclusively. I fell in love with emotive powerful melody and vocals that stuck with me to this day.

As an artist who’s found his voice as a songwriter- what does that voice sound like? What are you hoping your fans take away from the stories you’re telling?

I’m hoping that people see a bit of themselves in my songs. I’ve had so many songs help me through my highs and lows, so if I can be a part of that soundtrack for someone else, that’s a very cool bond between us both.

Since releasing your debut album in 2017 you’ve been busy touring and promoting your music. What has this experience been like so far?

I’ve loved every minute. I’m doing what I’ve always wanted to be doing with my life, and I certainly don’t take it for granted. It’s allowed me a lot of opportunity to grow and improve just because of the frequency that I’ve been writing, performing and recording. I’m really grateful for the opportunity.

Why is it so important for you to have the kind of artistic control over your image – designing your own graphics and photoshoots, etc.

I’m a sucker for good branding and packaging. I love getting my favourite albums on CD so I can appreciate all of the details for not only what the album sounds like, but what it looks like. I tend to have a pretty distinct vision in my head, and the more hands-on I can be, the better I’m getting at executing that vision.

You’re going back on the road soon with Ralph for a handful of west coast dates. What’s your favourite aspect of touring?

I love the vocal stamina that I gain from touring. Being able to sing night after night and to really use it as an opportunity to improve is so exciting and such a welcomed challenge.

Since we’re only just into the new year, do you have any professional goals for 2020 that you’d love to accomplish?

I’d be lying if I said I didn’t want my music to be commercially successful. I always want my music to resonate and to impact people how I’d hope. But with that being said, this year I’m just trying to focus on making music that I love to listen to… music that I’m proud of, and leaving it at that. No preconceptions or boxes I’m trying to fit into.