BRKN LOVE releases video for “Flies in the Honey” 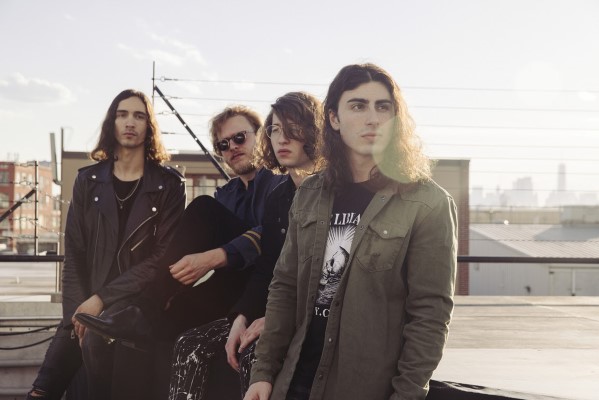 BRKN Love is in the air this Valentine’s day, as the Toronto rockers debuted their long-awaited debut album via Spinefarm Records. The album, produced by Joel Hamilton (Highly Suspect, Pretty Lights), was recorded live to tape, preserving a raw and real feeling in the riffing tempered by relatable and emotional lyrics. Along with the album, the band shared with us their newest music video, “Flies in the Honey”.

Lead singer and Toronto-native Justin Benlolo had this to say about the new music video and the band’s music;

“At the end of our last tour, we hauled our tired, hungover selves to Chicago and shot what is probably the coolest thing we’ve ever done, the vibe is hectic, the shots are trippy, the mood is eerie, and that is largely due to our killer director Eric Richter.” Justin further states, “Conceptually, we wanted to tell the story of someone who gets stuck inside their 9-to-5 grind so much that it drives them mad. The song is like a time bomb slowly ticking away until it explodes in its final moments, ultimately bringing the song to its most climactic. We felt there was no better way to present this. Rock ‘n’ roll.”

BRKN Love, who previously hit the road with cleopatrick, Dinosaur Pile-Up, Saul, and Royal Tusk, among others, are currently touring Canada. The band’s debut single, “Shot Down,” is currently Top 5 In Canada and hit Top 20 at the U.S. rock radio charts. The band also confirmed slots at major rock festivals this spring. All current dates are below.