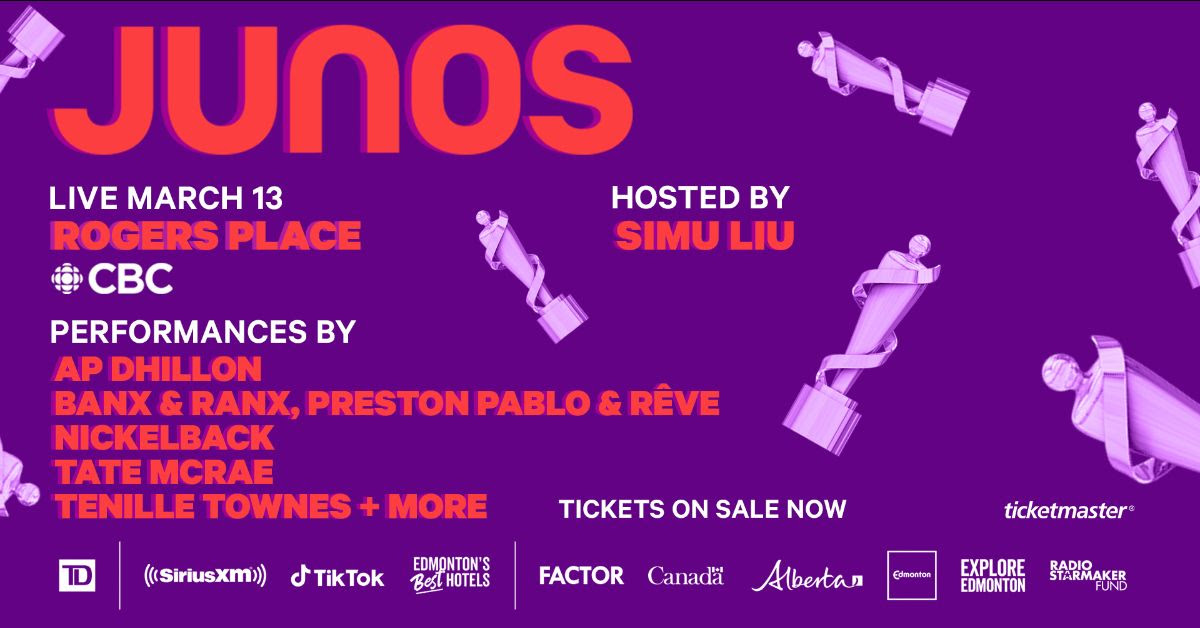 These performers will join the previously announced Tate McRae and 2023 Canadian Music Hall of Fame inductees, Nickelback, live on stage at Edmonton’s Rogers Place on March 13.

In addition, CARAS is inviting music fans to watch the 2023 JUNO Award Nominee Announcement Presented by Ontario Creates from downtown Toronto on Tuesday, January 31 at 11 a.m. ET at CBC.ca/music/junos to be the first to meet the honourees.

The 52nd Annual JUNO Awards and JUNO Week 2023 will take place in Edmonton, AB, from Thursday, March 9 through Monday, March 13, 2023, culminating with The JUNO Awards Broadcast. Tickets to Canada’s biggest night in music on March 13 are available at ticketmaster.ca/junos.