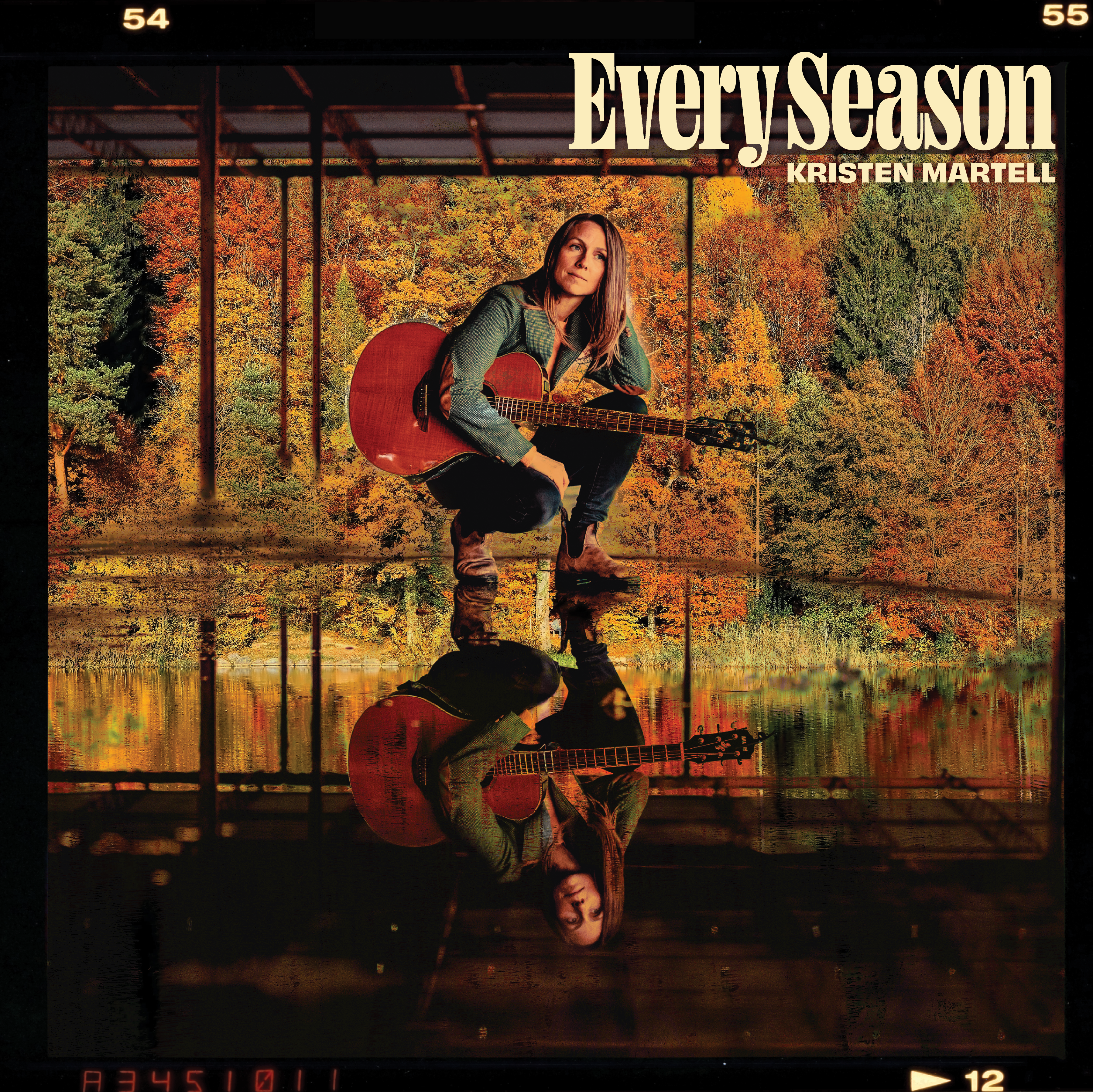 The 8-track release begins with a short instrumental intro entitled “Fortitude of Grievance.”

“Should I Run” was released as a single back in June, and Kristen also shared a remix of the track by Lee Rosevere. As the song played, everything about the music pulled me in, and once Kristen’s silky vocals begin, it just got more inviting. The lyrics, “Should I run or should I hide? Take Cover. I cannot decide, Should I run, I cannot decide,” speaks volumes, and for me, I have had those thoughts a few times in my life. Kristen shares, “‘Should I Run’ explores themes of disassociation in times of turmoil.”

“Here No More” features Canadian icon Old Man Luedecke on banjo and was easily my favourite track on the album. Kristen’s vocals are feathery and mesmerizing throughout the track, and the accompanying music evokes an earthly yet somewhat haunting feeling, which blends perfectly with the lyrics.

The title track, “Every Season,” begins with alluring vocals, harmonies, and gentle yet powerful music. The emotive vocals brought goosebumps to my arms, and I noticed how I began to feel relaxed. Towards the end of the song, I heard birds in the background, and I wasn’t sure if what I was hearing was real. Thankfully, Kristen clarified there are actually bird songs on the track, so phew, I’m not crazy.

Another track featuring Old Man Luedecke, “Watch Me Fall,” features beautiful vocal harmonies and poetic lyrics. As with the other songs, Kristen masters songwriting, harmonizing, and songwriting. The verse that drew my attention was the last, “When the stars are tired of the night, And the trees flood with signs of life, I’ll start again and take my time, Rest and strength are on my side.” Right away, I thought of not only springtime, when nature has its rebirth but of us, as humans. We all go through periods in our life where we just need to reset, recharge and reflect, and this song, to me, describes different periods through life, ending with regrowth and strength we didn’t know we had.

“Photographer of Secrets” begins with an enchanting beat, which combines with the vocal melodies in an absolutely flawless way. The lyrics, “Here’s a photograph of secrets, For the remedy you seek,” originally confused me, but then I read a quote from Kristen, and it all made perfect sense. Kristen shares, “‘Photograph of Secrets’ dives into the power of creating new realities through visualization.” Once I read this, the song hit me in a completely different way, I was picturing everything she was singing, and it had a somewhat hypnotizing effect. Sometimes, you need to see/ hear something the way it was meant to be heard to get the true meaning/ feeling behind it, and this was one of those times for me.

Closing out the album is Kristen’s latest single, “Someday.” I quickly noticed that this track has more of a bopping pop vibe, which I thoroughly enjoyed. It shows a whole other side of Kristen’s music, and I would love to hear more of this pop-infused side in the future.

All in all, this album is a completely beautiful work of art, and Kristen has certainly gained a new fan. The only complaint I have is I wish there were more songs showcasing the pop side of her music, but don’t get me wrong, I love all the tracks and the depth in the songwriting.