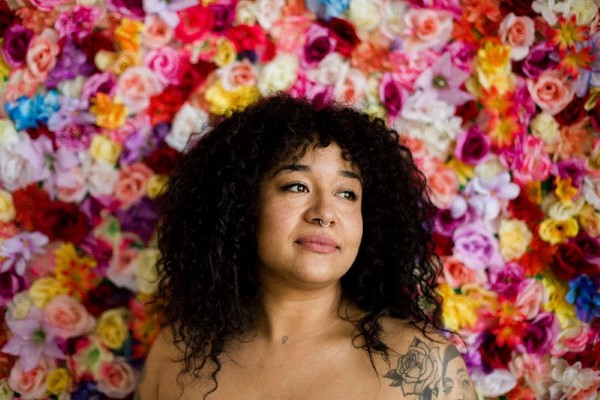 “7 Years” was inspired by the murder of Michael Brown by a Ferguson police officer in 2014, but Chance couldn’t find the words to complete the song until the murder of George Floyd in 2020. After watching the horrific news, she finished the song immediately.

“The words “Give him a chance to be a man about it” came back to me when I was flooded by the realization of the devastation that comes with being a black parent just trying to keep your child alive in a world where the very colour of their skin is cause enough for unspeakable violence,” Chance says.

Beginning with a bright hammer-on guitar riff and clinging to the listeners’ ears with deep, smooth bass, “7 Years” takes a powerful life as Chance sings the first line “Mama loved her baby hard as she could.” There’s an unmatched authenticity to her fervent voice, a voice that sounds as if she’s chronicling the pain of an entire generation and race of people. And it’s because she is.

The harmonies during the chorus between Chance and singer Rempel Roquette are angelic, stemming from an almost gospel-style adding another layer to this mighty track. Though it is a heartbreaking song, literally following a mother’s thoughts about losing her son, it also offers glimmers of hope.

“This song was written in dedication to lives that were taken away by a broken system, but I also want to dedicate this song to the celebration of black life,” Chance says.

Check out “7 Years” below, and find out more about Chance via our Five Questions With segment.

My name is Chance Lovett and I am a soul singer based out of Vancouver, B.C.

I like to think I write soul songs with a country nod.

The pandemic was so interesting in that, when we first went into lockdown I finally had all the time in the world to focus on my music but I just never found myself reaching for it. I think the general overwhelm of facing a global pandemic fully took the wind out of my creative sails. But, fortunately enough, I had the opportunity to play a couple

Online shows a few months in and it spurred the creativity again. Since then, I started focusing on finishing up songs I’ve had on the back burner for years and began the steps to complete my first solo album which has been pretty fulfilling to say the least!

I’d have to say my latest release, 7 years. That song means more to me than any other song I’ve written and I feel it represents me on every level.

Oh. Where do I start? I have been a massive Owen Palett fan since the dawn of time it feels. Never made it through one of his shows without crying! Colter Walls voice just rattles me to the core, very obsessed with him. Motherlode’s When I Die seems to make it on most playlists I make these days and I would absolutely be remiss if I didn’t mention my boy, Drake! The man sure knows how to make a party anthem.