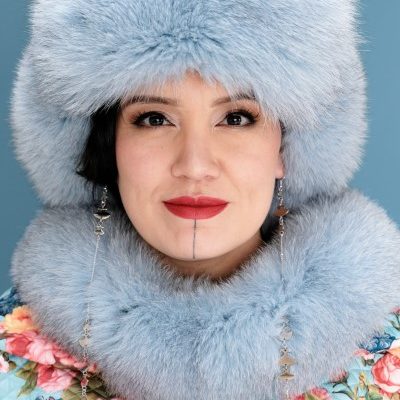 Acclaimed “Inuindie” pop star Beatrice Deer is a Montreal-based singer-songwriter. Half-Inuk and half-Mohawk, she was born and raised in Nunavik, Quebec, in the small village of Quaqtaq. Deer has put out six studio albums, including her newest release SHIFTING which is out today following tips at NPR, FLOOD, Uncut, Brooklyn Vegan, CBC Radio, Exclaim, and more. Her Canadian Indigenous Music Award-winning songs are based on personal lyrics that blend indie rock and modern folk with traditional Inuit tales and throat singing.

Recipient of a 2021 Prism Prize and previously the Canadian Folk Music Award for Pushing the Boundaries and Best Folk Album at the Indigenous Music Awards, Deer blends indie rock and modern folk with traditional Inuit tales and throat singing, performing in three languages: Inuktitut, English, and French. A beloved figure in Arctic Canada, she has performed everywhere from the Venice Biennale to Norway’s Førde Traditional & World Music Festival to the Heard Museum in Phoenix, Arizona. Her bandmates and collaborators are made up of longstanding members of Montreal’s music community, including luminaries from Leif Vollebekk, Land of Talk, Stars, The Barr Brothers, Bell Orchestre, Little Scream, Besnard Lakes, and SUUNS.

Her sixth studio album SHIFTING explores the process of getting closer to the place where we’re meant to be in life.

“Emotionally, spiritually, and physically, the transition towards our authentic selves continues,” she says. “As I shift into the position where I’m meant to be, I want to keep using what I’ve learned to help others.”

A role model for her community and a mental health advocate, Deer feels strongly that each of us, no matter what we’ve been through, has the ability to transform our outlook. The message she shares, whether in songs or speaking engagements, comes from her own lived experience of overcoming countless obstacles.

“You can’t be a change-maker if you haven’t gone through it yourself. You can’t help without healing yourself first. You can’t change what happened; you can only change how you deal with it.”