Tyler Joe Miller released his debut album Sometimes I Don’t, But Sometimes I Do with two songs reaching #1 at Canadian country radio 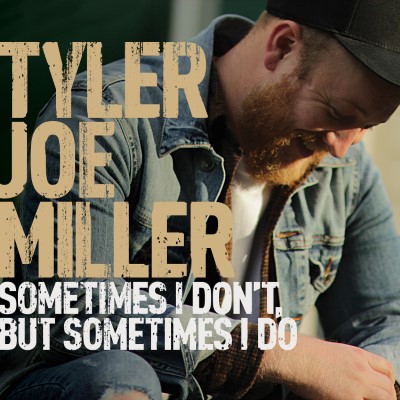 Tyler Joe Miller is considered a newcomer to the country music genre and what a banner year he’s had. This Surrey, BC born artist has just released, on November 6 via MDM Recordings Inc./Universal Music Canada, his debut EP called Sometimes I Don’t, But Sometimes I Do. It’s six tracks have been described as “all killer no filler.” His style and sound are described as “the heart and soul of country music.”

Two tracks featured on the album, “Pillow Talkin’” and “I Would Be Over Me Too,” have reached the #1 spot on Canadian country radio making Miller the very first independent Canadian country music artist to have their first two singles achieve the prestigious goal. His first single “Pillow Talkin’” made him the first independent Canadian country artist in BDS/Mediabase history to have their debut track hit the top of the charts. Miller’s follow-up single “I Would Be Over Me Too” also rose to the number one spot, setting an unprecedented and record-breaking stat in this genre.

Watch the video for “ I Would Be Over Me Too” here.

In addition to his 2020 CCMA Award nominee for Emerging Artist of the Year, Miller started off 2020 as the iHeartRadio/Pure Country Future Star and was selected as a semi-finalist in the SiriusXM Top of the Country competition.

Philanthropy is also an important part of Miller’s life as he is always in pursuit of making a difference in this world so he started his own non-profit organization called The Climb Outreach Society. This organization and Miller believe in the value of every person and in promoting a higher quality of life for those in need.

Share this:
Related ItemscountryMDM Recordings IncRed Umbrella PRSometimes I Don't But Sometimes I DoTyler Joe MillerUniversal Music Canada
← Previous Story Molly Annelle is “All In” with new single and video
Next Story → Weekly Beat Down – November 9, 2020 to November 14, 2020