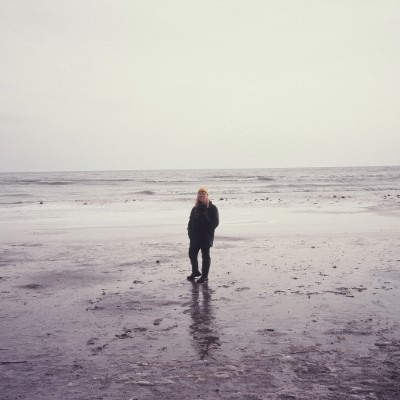 We caught up with Ontario’s Hannah Judge, aka fanclubwallet to chat for our newest segment of Five Questions With. She has recently released a video for her single, “Interstate” which you can check out below, while you find out more about her. Check it out!

I’ve got an obsession with cheap keyboards I just can’t beat, and I haven’t changed my guitar strings since I got the guitar itself in the sixth grade; which makes every music-type boyfriend I’ve ever had very angry. I live a double life making comics as Hannahisntdead, believe in ghosts, and I really really think there need to be more all-ages venues.

I think my music is really inspired by working with what you have. I’ve never really had expensive recording/music gear, so I think that has really had an impact on how I create and learned to create the musical portion of my songs. I’ve always been really inspired by DIY producers/songwriters. For “Interstate” I wrote and recorded the demo in a bathroom with the fan on, so I could hear myself over the other band that was recording downstairs. The rest of the song was recorded by my friend Miki in a bedroom with some kids keyboards I got off Kijiji and the final vocals were literally recorded in a parking lot beside a highway. Lyrically I mostly write about stuff that’s happened to me, or I take little things that happen during my day and try to turn them into a bigger concept. I’m really inspired by the sort of vague metaphorical writing of people like Frances Quinlan (Hop Along), or the storytelling of Issac Brock (Modest Mouse). I try not to be too literal or specific, I want to leave the meaning up to the listener (and sometimes even to myself). No song I’ve ever written has ever really ended up having the same meaning a year or even a couple months later. I just figure if you know you know!

With the state of the world right now, I’ve got no live shows currently lined up. But I’m hoping when (and if) live music comes back you’ll be able to catch me on stage, accompanied by many many children’s keyboards, mustering up the confidence that only a 3rd grader performing in their first talent show could have. In the meantime, I may have to try out that whole Instagram live thing, where you’ll catch a 1972 fisher price happy apple, hopefully, little to no technical difficulties, and me trying my damn best

It would definitely have to be my latest single “Interstate”. It’s the most recent thing I put out so it pretty much just reflects my sound the best. But if you don’t want to hear what I’ve got to say, then I’d just recommend you listen to my This Must Be The Place cover and let David Byrne’s genius songwriting do all talking.

I think I’ve definitely been slacking on my Canadian music listening lately, but recently I’ve really gotten back into the band BB Cream. They were this totally great Ottawa punk band fronted by Alanna Why, who is now a totally great writer (and always was). I’ve also got to shout out bands like Potential Red and The Monotymes, who if it weren’t for them I probably wouldn’t have had the guts to be making music at all (thanks guys!) Long story short, if you’re looking for good Canadian music, it’s just a hop and a skip away on your local college radio station or at your local small venue!