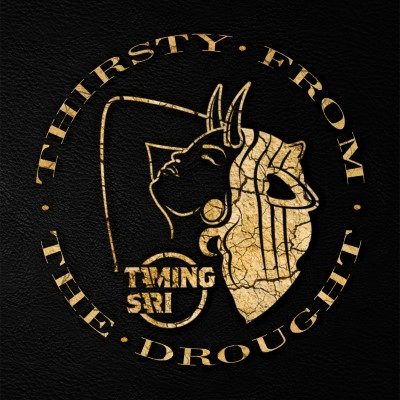 Ottawa natives Taming Sari set out on a mission when they started in 2017: bring their sound to as many people as possible. With their debut album Thirsty From The Drought releasing today, this could be mission complete for them.

Mixing head-banging rock and roll and classic blues, the opening track “Come and Save Me” shows just that, with the catchy opening, gang vocals and shredding guitars, leading into the vocalist very unique sounding voice. The tones of Steven Tyler and Axl Rose with the grittiness of bands like Thin Lizzy, this is an excellent opening track that hearing live would be the greatest sound.

“Fire” has the coolest riff I’ve heard in rock and roll in a long time. This song is probably my favourite on the album due to that funky blues riff throughout the song. The vocalist really shines here with his unique vocals I mentioned earlier, encouraging easy sing-alongs with the live crowd. The biggest part of this song is the great solo that leads into a very slowed down bridge that slowly builds back up and leads into a heavy ending.

“Helping Man” is a slower tempo than the rest of the tracks but again, with an excellent opening riff that leads into the song. This song really shows the bassist and backing vocals, along with the already great guitar work and excellent lead vocals. This is a song you could throw on for anybody and they would enjoy it.

“Nothing To Show” is a classic rock song, right down to its roots. Opening catchy bassline, relatable lyrics and a simple, yet talented guitar riffs throughout, this is one I should link my parents as they love classic rock and roll. They won’t believe that this is a current band and not ones they enjoyed from the 70s/80s.

“Down With The Devil” was a single the band released so to gain some hype for the album which this one would get you interested for sure. Showing off the style they’ve built for years, this one would catch classic rockers ears and gain attention to newer fans just getting into the genre or even an audience who are die-hard classic rockers who listen to nothing else. They wouldn’t even know the difference.

It is easy to say that Taming Sari are doing what they want to do: get their music to the world. Their style is a style that anyone could listen to and dance or sing along. As they are still just starting out, seeing what they bring to the table for future releases will be awesome to hear and I’m ready to headbang along.