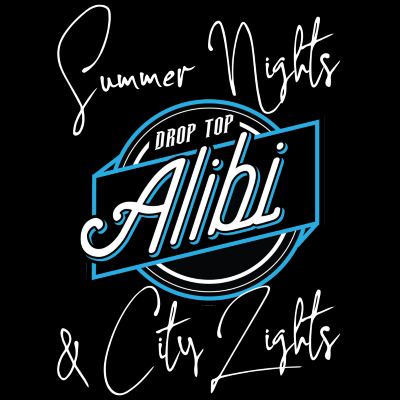 Toronto’s Drop Top Alibi has returned with their latest single, “Summer Nights & City Lights”. The track is their first release since 2018’s “Heavy Metal Baby” and their debut self-titled EP, released in 2017. It is also worth noting that Drop Top Alibi won this year’s 97.7 HTZ FM’s Rock Search competition, making the news of their latest release that much more exciting.

“Summer Nights & City Lights” opens with a warm acoustic guitar, a soft electric guitar, and vocalist Brandon Gregory’s melodic vocals. The track proves to be incredibly dynamic as the band shifts from mellow moods to crunching, rhythmic, and hard-hitting riffs and instrumental interludes. The song signifies a deeper level of sophistication in the band’s songwriting and feels nostalgic of both Guns N’ Roses and The Tea Party. “Summer Nights & City Lights” is bound to build the excitement for what is next to come from one of Toronto’s most premier rock bands.