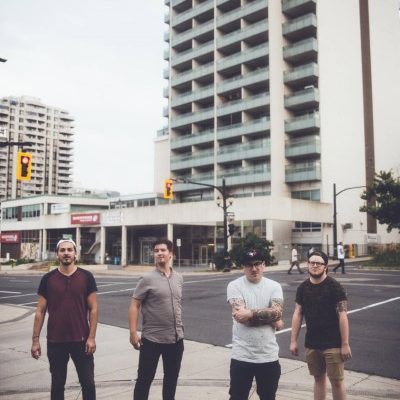 Brantford’s punk rock festival, Blackout Fest is now entering its 13th year. The 2-day festival takes place on October 18 & 19 and has become a huge part of the local punk rock and pop-punk scene.

We caught up with Toronto, ON’s Harbour. Check out their latest video, “So Long” below and find out more about the band and the upcoming festival.

My name is Josh Bombay and I drum in the band Harbour.

The 13th annual Blackout Fest takes place on October 18 & 19 in Brantford, ON. What is it like to be a part of such a long-running festival?

It’s great because it’s all about community. There are so many pals playing/attending this festival. Blackout Fest has become a staple in the Ontario Music Scene and we’re very fortunate to be apart of it.

Have you taken part in Blackout Fest before? If so, what is your favourite memory?

Since our vocalist Jamie Mittendorf runs the festival, we’ve actually played every year since we started this band (2012). So we can confidently say we’ve played Blackout Fest more than any other band haha. My favourite memory from the festival is seeing Counterparts in 2011.

There is a stellar lineup for the 2019 instalment, is there anyone you’re dying to check out?

For people that have yet to see you perform live, explain your performance in five words or less.

Pop Punk, but on steroids.

If you were asked to give advice to an up and coming artist or band, what would that advice be?

Don’t follow trends. Play the music YOU want to play.