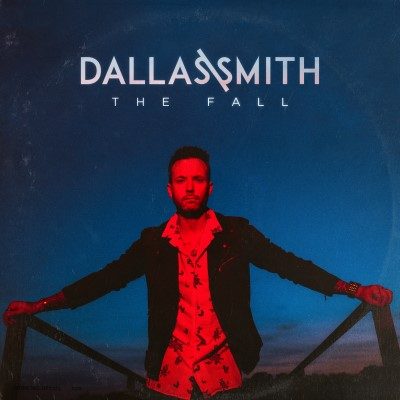 Country singer Dallas Smith released his newest EP on March 15th via 604 Records. The Fall is a six-track EP that includes previously released singles “Rhinestone World” and “Make ‘Em Like You”.

“Drop” opens the album with a story about saving a relationship by starting back at the beginning and sounds like it would be an easy choice for another smash hit for Smith. Except for an odd transition to a faster beat in the latter half of the song, the song could be one of the best on the EP. “Timeless” continues the theme of songs about loves and relationships that many country songs follow. The song, as well as most of the EP, definitely leans more towards the poppier side of country, but is very easy to listen to and get hooked on. “Rhinestone World” was released as a single prior to The Fall coming out. When listening to it it’s easy to see why it was successful. Beyond catchy with lyrics that would make a country girl’s heart flutter if someone said it to them, it’s no wonder it was at the top of the Canadian country charts.

The title track of the EP is the only slow paced on the release, heavily featuring acoustic guitar. As the title suggests, it follows the love song path of the rest of the EP and details falling in love with someone and the struggles that come along with it when it comes to an end. “Friends Don’t Let Friends Drink Alone” featuring Dean Brody and MacKenzie Porter very well could be the country song of the summer. The last song of the EP, also previously released, “Make ‘Em Like You” is by far the most ‘standard’ country sounding song of the bunch, which stands out against the other pop-heavy songs.

Smith has released quite a few other albums and EPs in his career in the country realm of music and has made himself a household name in the process. Although I am a fan of his earlier music more than the recent releases, the six songs on The Fall will no doubt be successful in the charts and gain him even more fans. He is also touring the album with the aptly named Friends Don’t Let Friends Tour Alone tour featuring Dean Brody, Chad Brownlee and MacKenzie Porter later this year. All information on the shows and tickets are available here.