2019 JUNO Awards – The Winners, The Presenters, and Performances

Through two nights of awards and performances, the 2019 JUNO Awards were presented in London, Ontario.

Though streamed to the world via CBC Music and YouTube, the JUNO Gala Dinner and Awards was primarily a closed industry event that featured the presentation of the majority of the awards and several key performances. 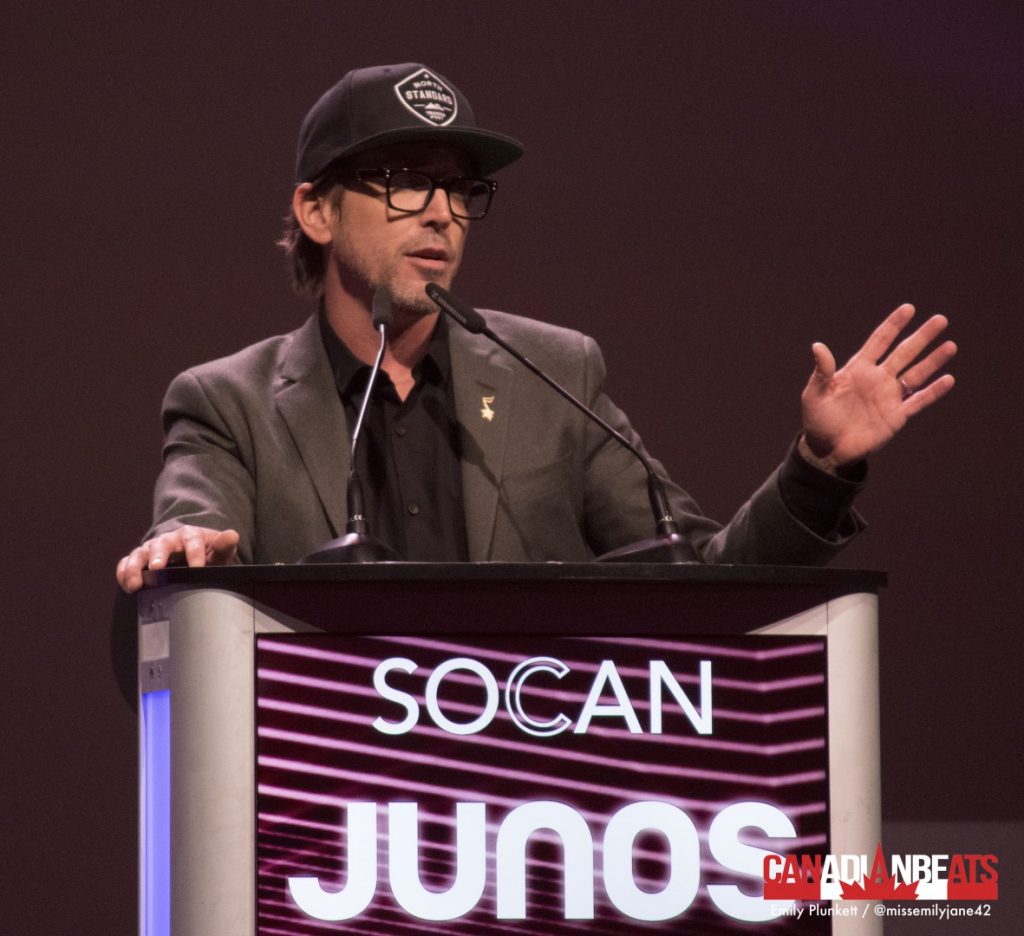 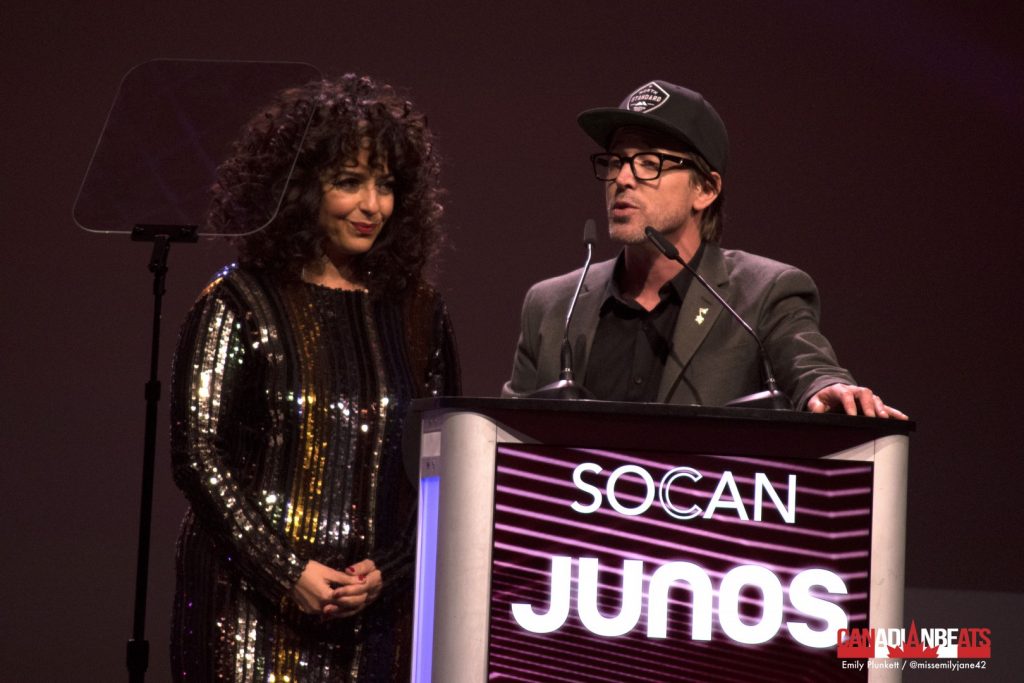 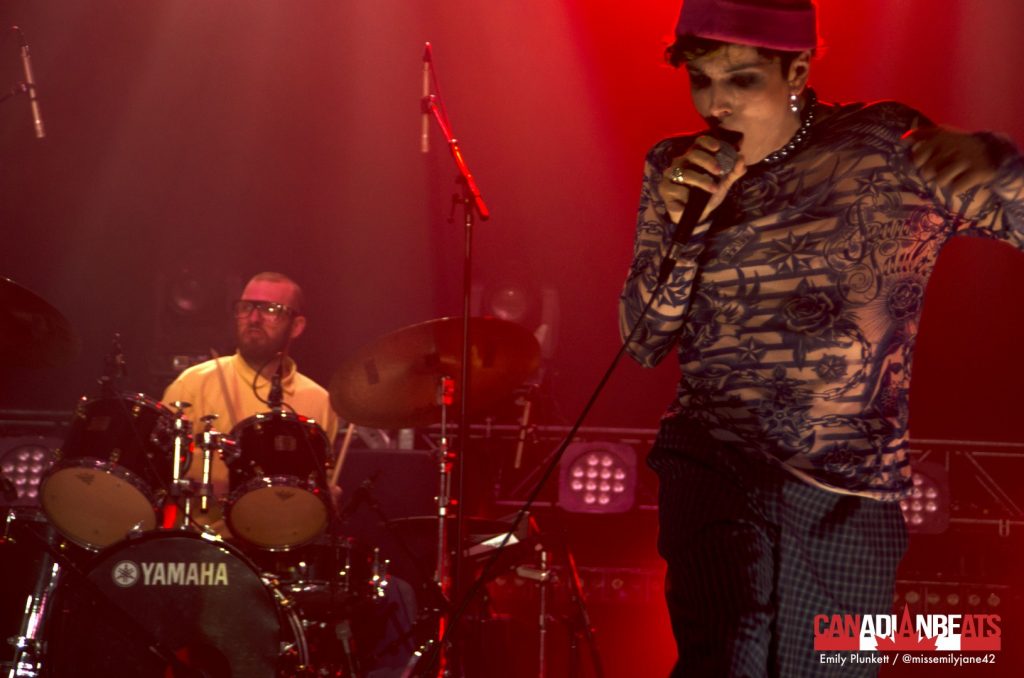 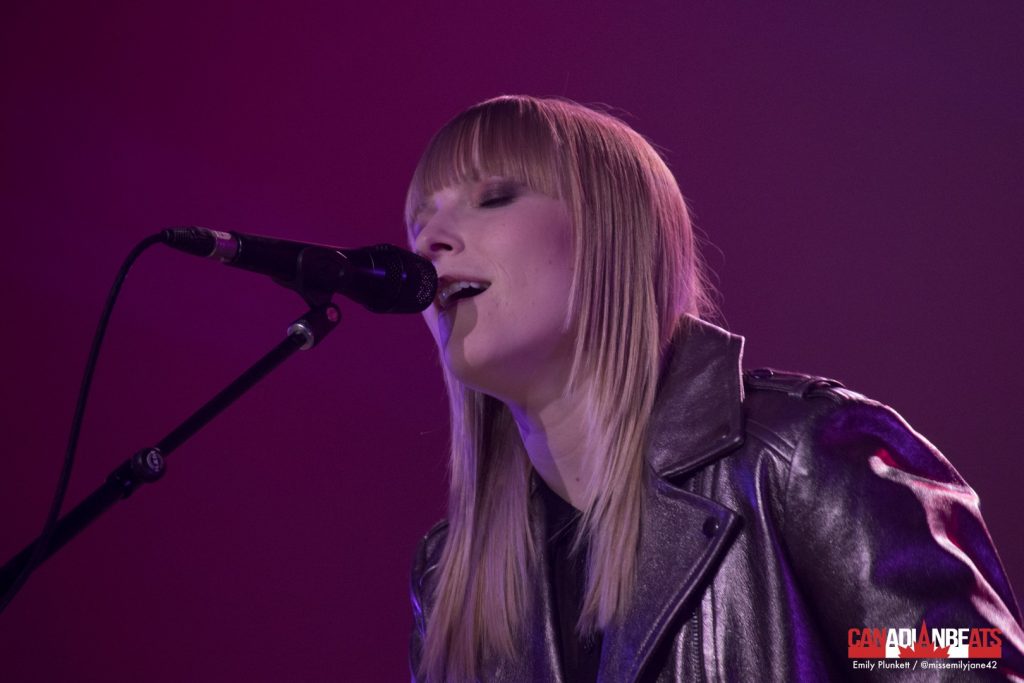 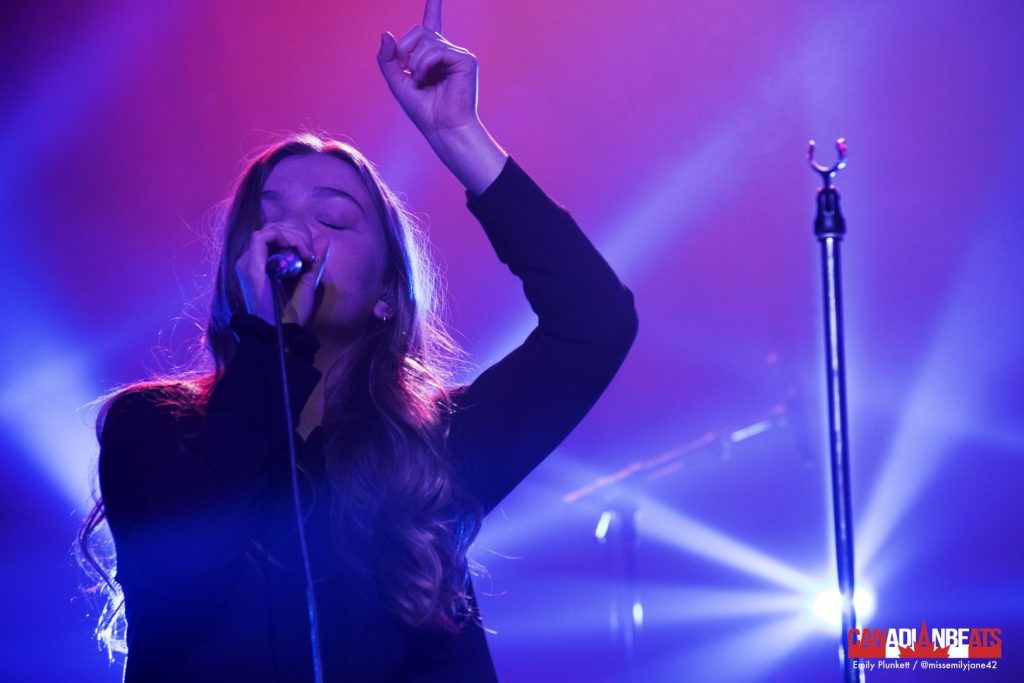 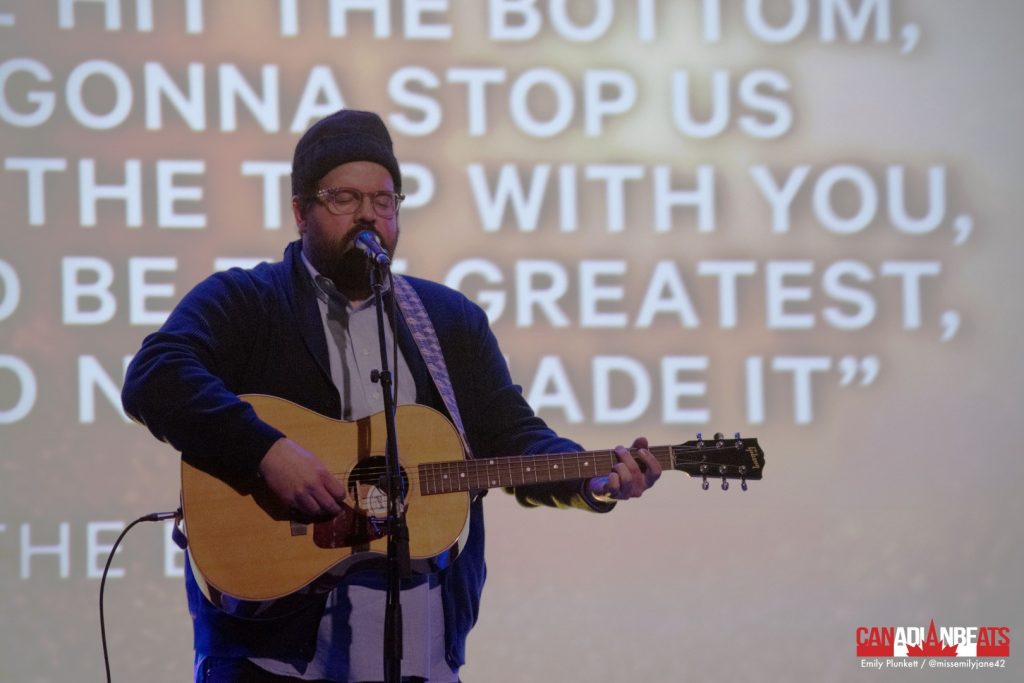 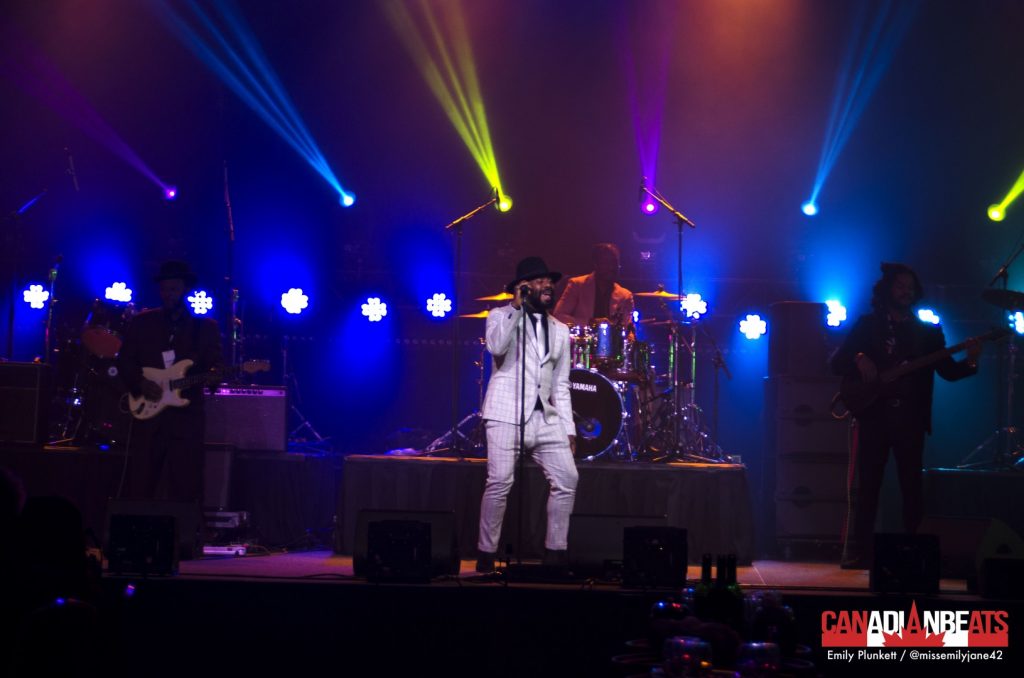 Surprise moments of the night included the one-night-only appearance of Michael Bublé; who made the trip to London to present producer, David Foster, with the Humanitarian Award, but also ended up accepting the award for Adult Contemporary Album of the Year.  In addition, after Jeremy Dutcher’s acceptance speech was cut short, Max Kerman insured the Indigenous Album of the Year winner got to finish his speech during Arkells’ win for Rock Album of the Year. 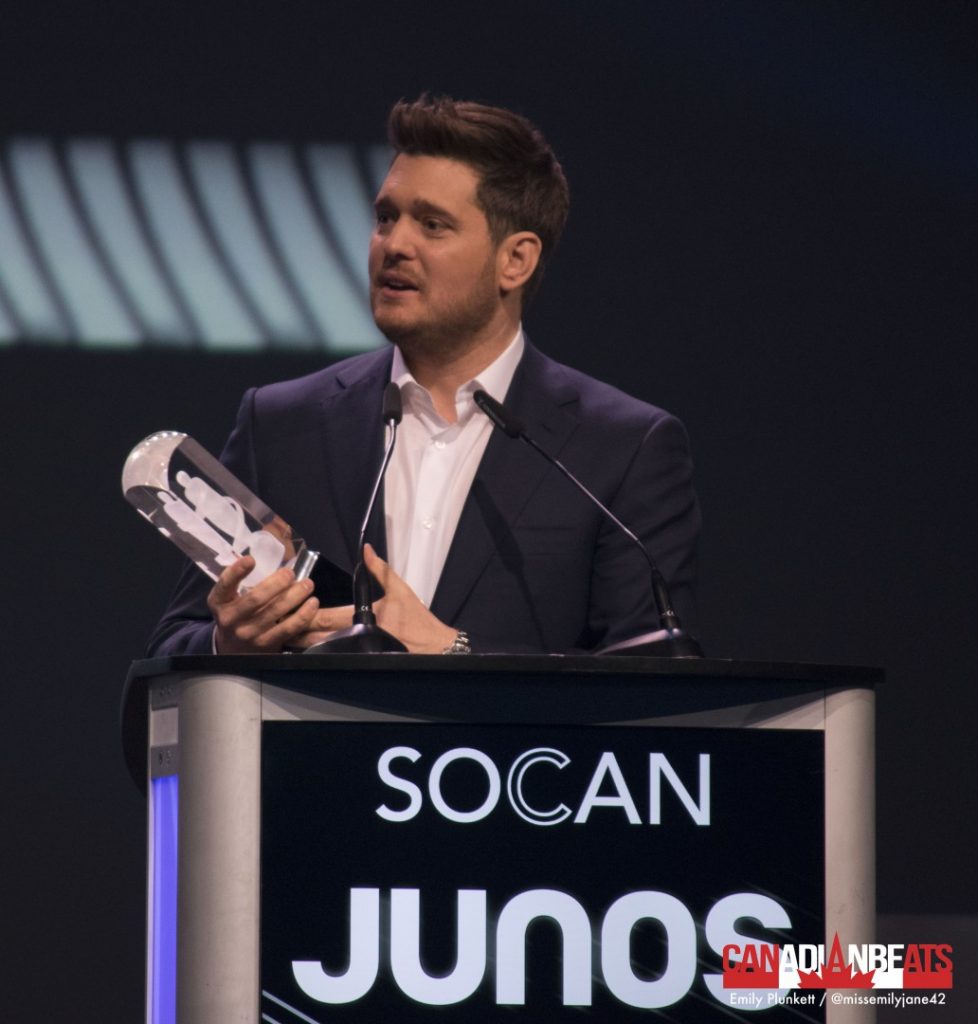 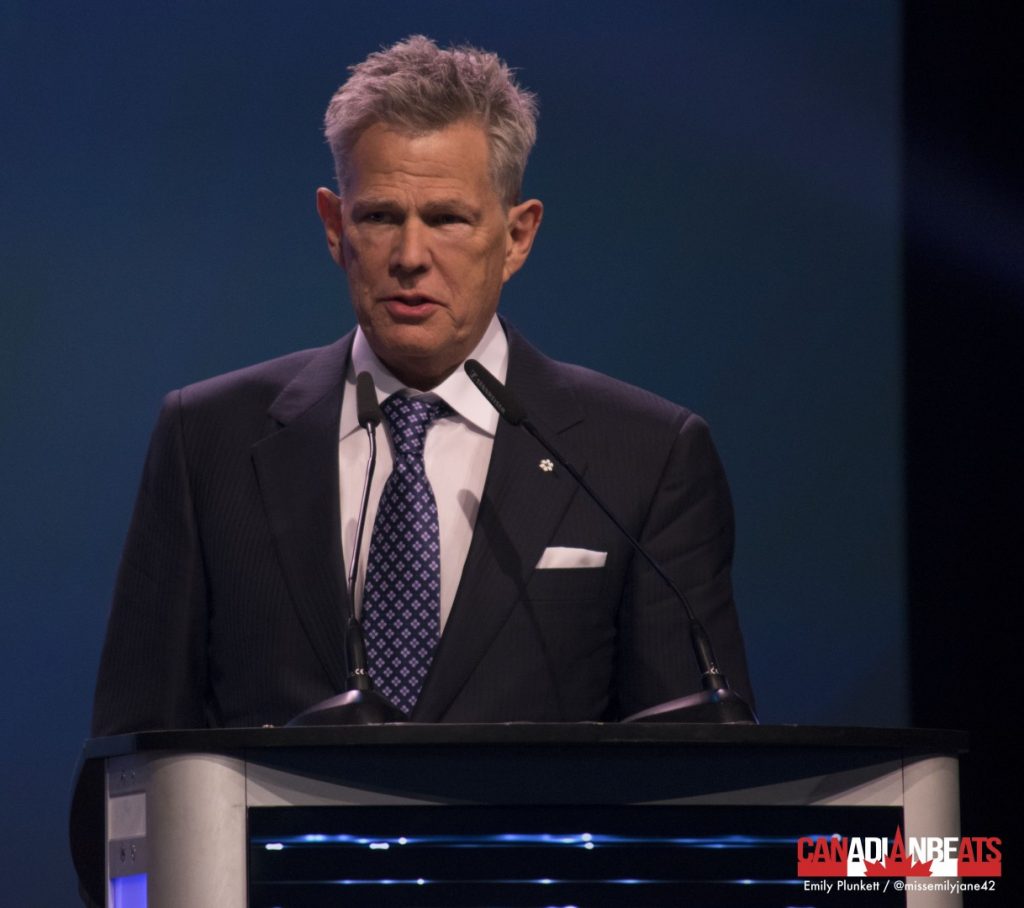 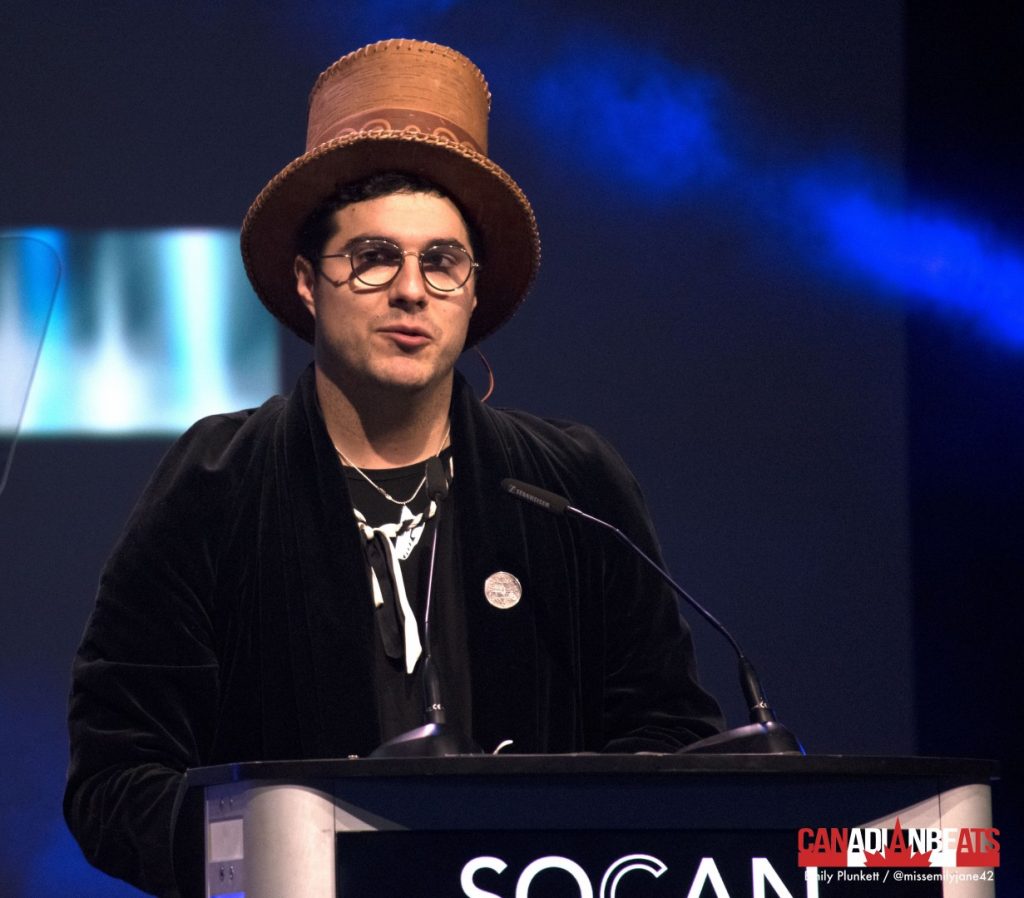 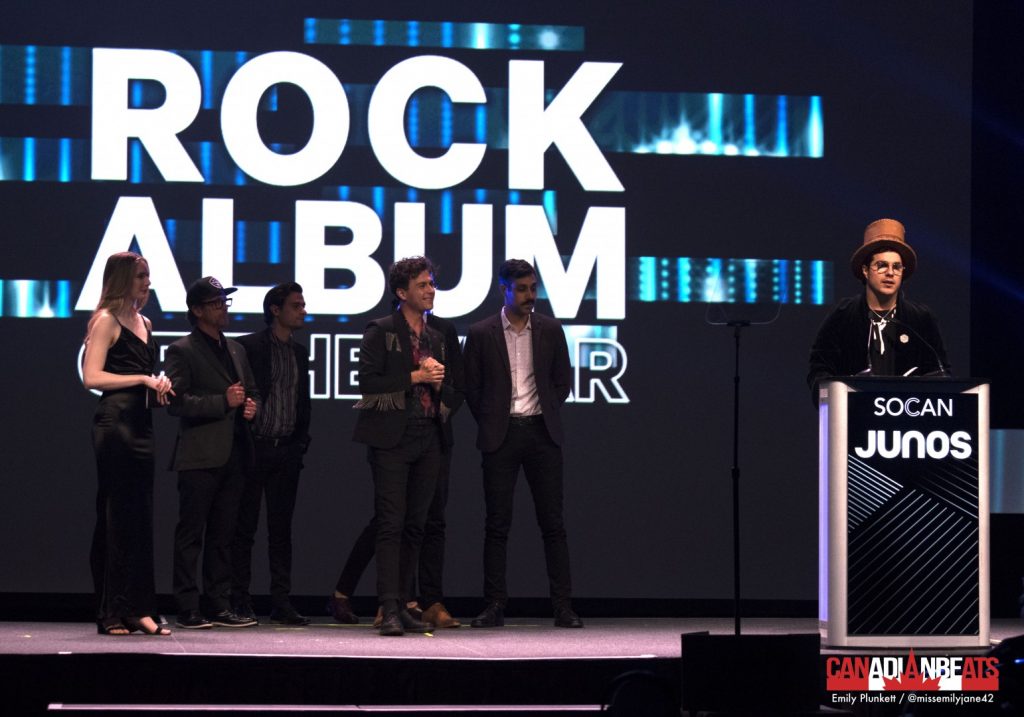 Here’s the full list of winners from the JUNO Gala Dinner and Awards:

Starting with a rousing performance by hometown heroes, Loud Luxury, that included the Western Mustang Marching Band and the Western University Cheerleaders that gave the country a grand welcome to the Forest City, the night’s performances ranged from party country from the Reklaws, to a taste of la Francophonie with Cœur de pirate and Loud, to the return of hip-hop to the JUNO stage with NAV, to a graceful performance of “Beautiful Girl” from host Sarah McLachlan; as introduced by MusiCount student, Meriel Reed.  Arkells brought the house down with their latest, “Hand Me Down”, while Jeremy Dutcher brought his beautiful passion for his people to the national spotlight with “Sakomawit.” 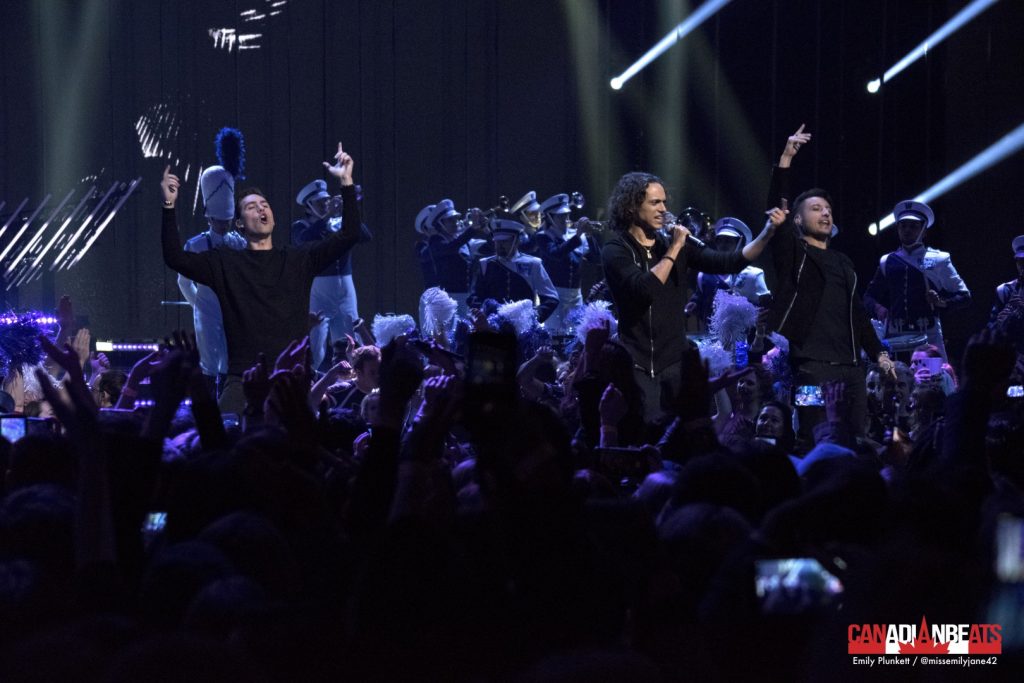 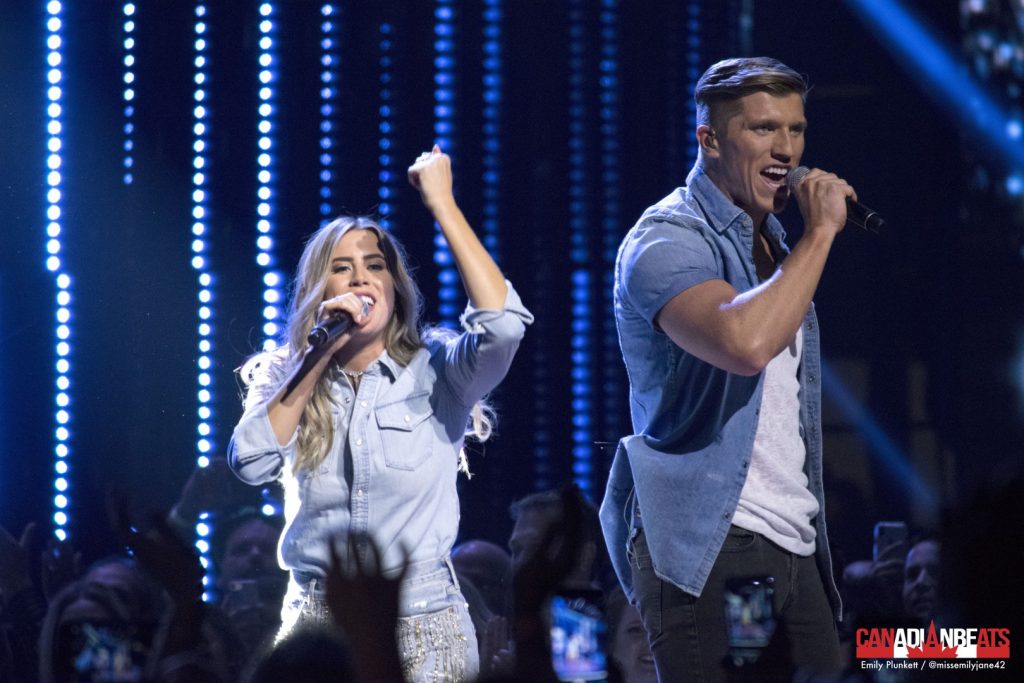 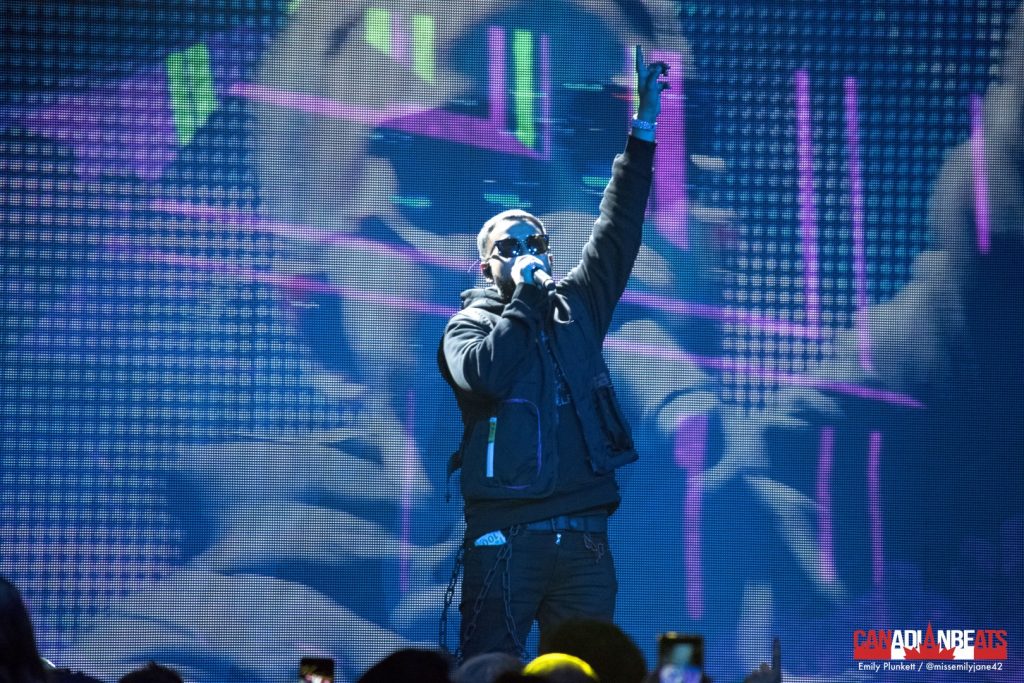 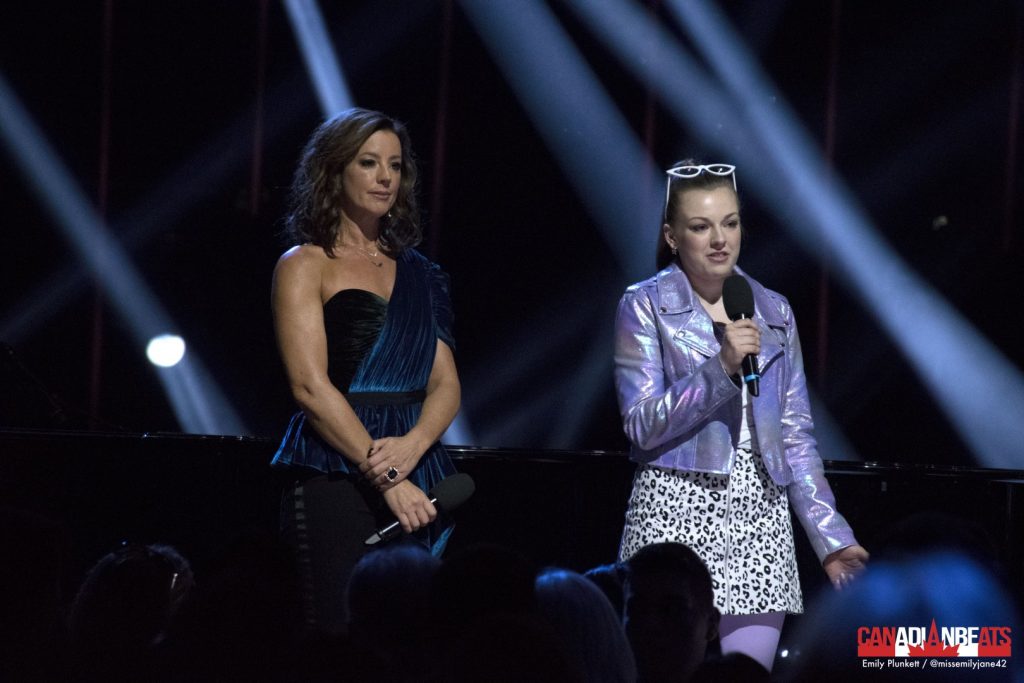 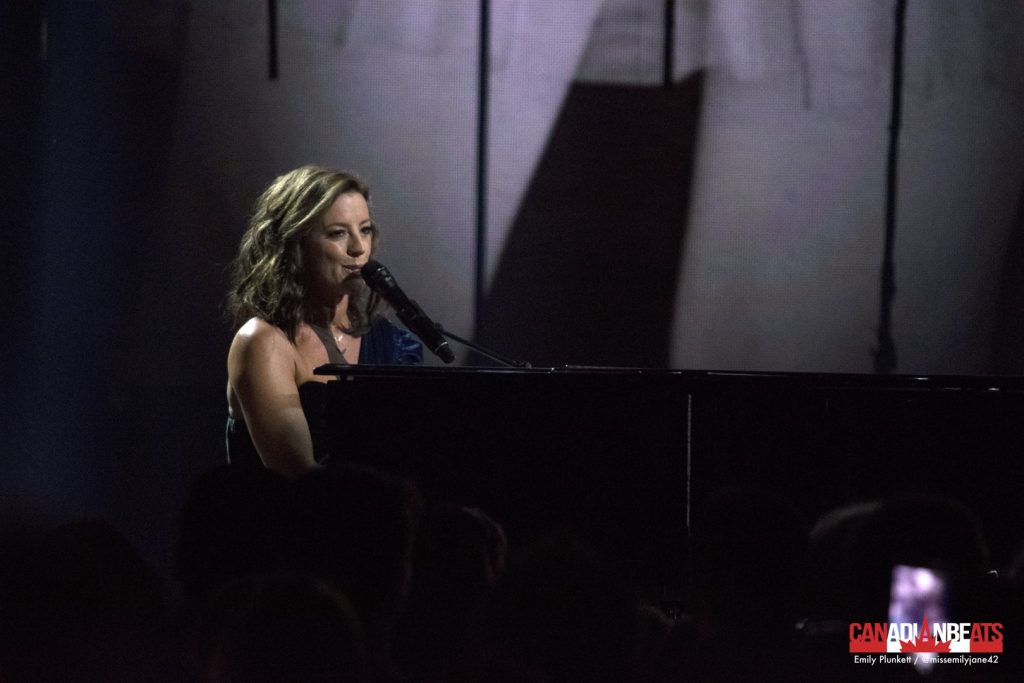 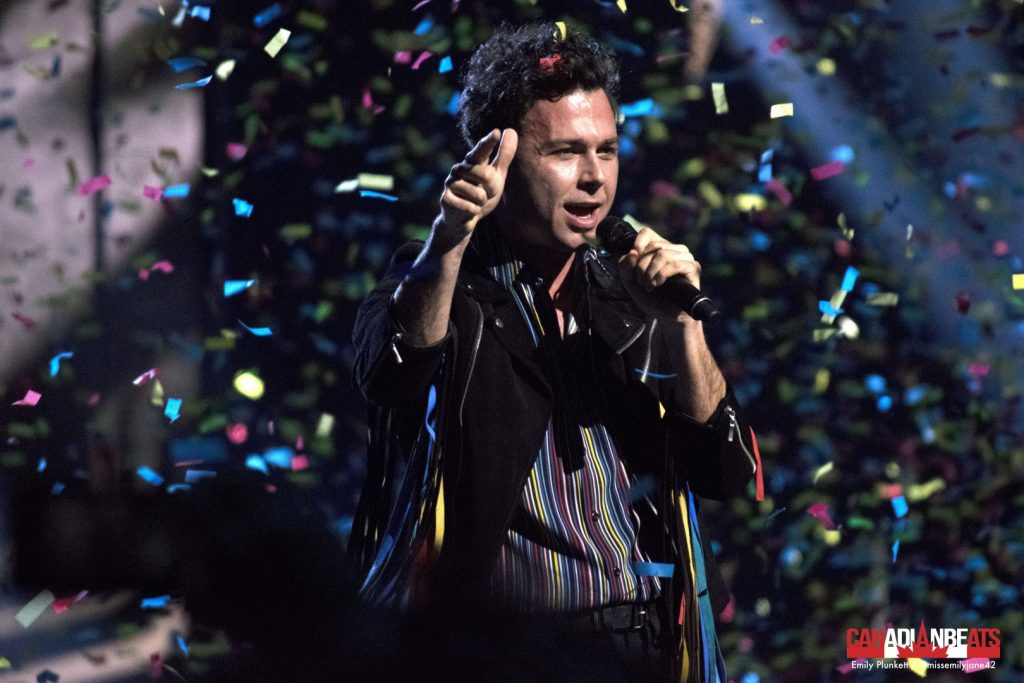 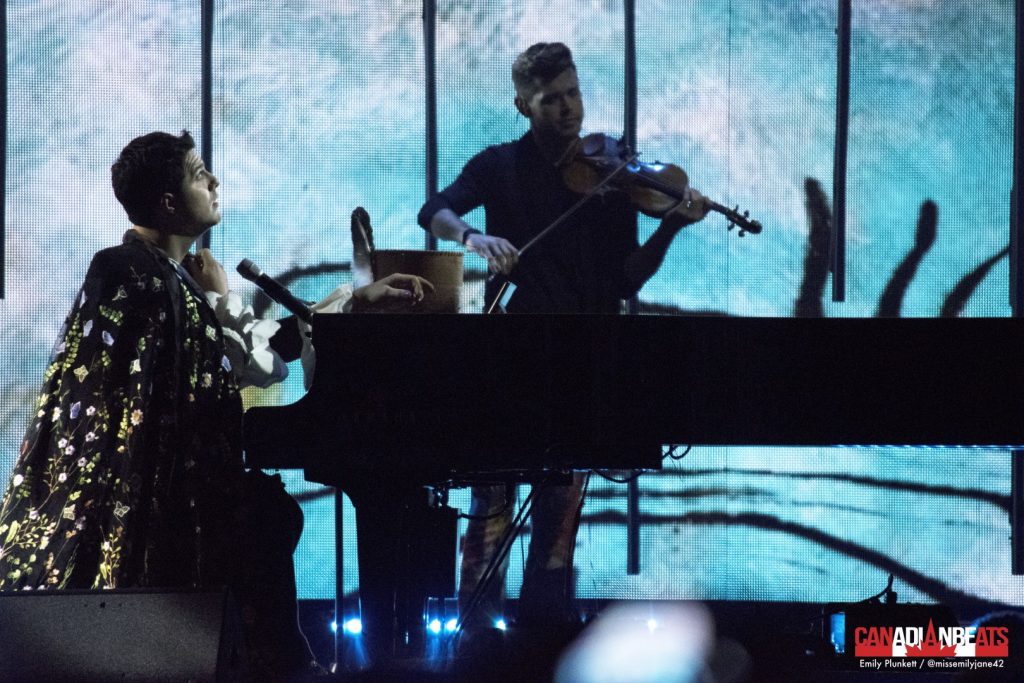 In a lovely surprise, legendary rocker, Sting, who is currently in Toronto performing in his musical, The Last Ship, assisted Humanitarian Award recipient, David Foster, in presenting Jessie Reyez with the award for R&B Soul Recording of the Year. 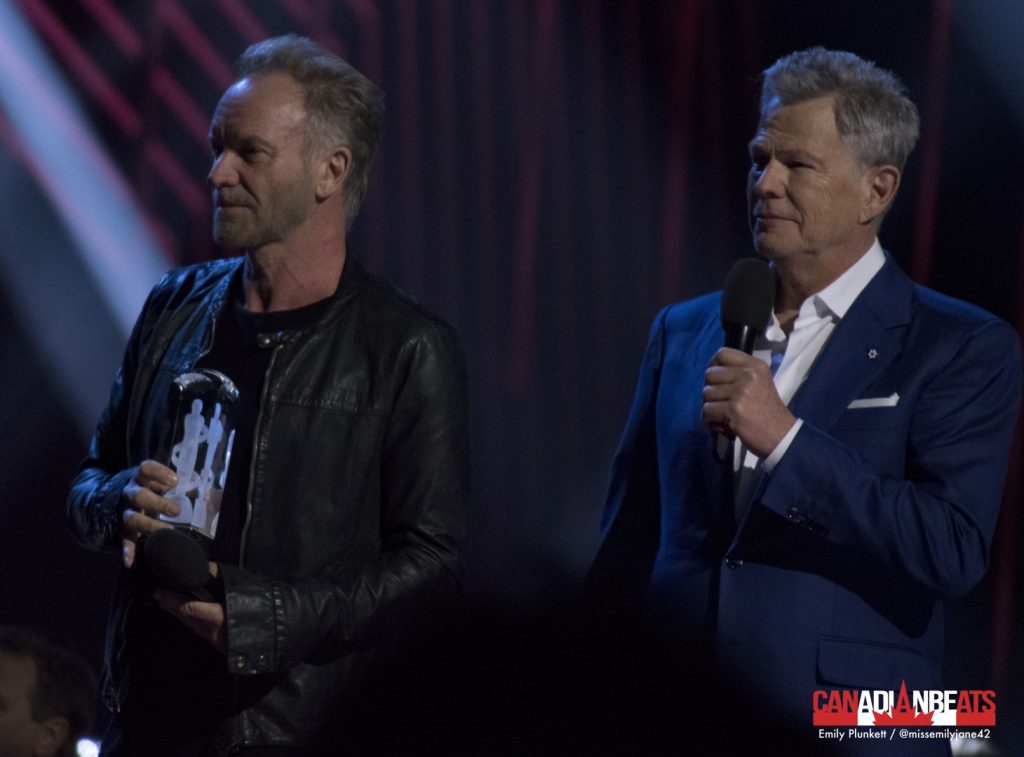 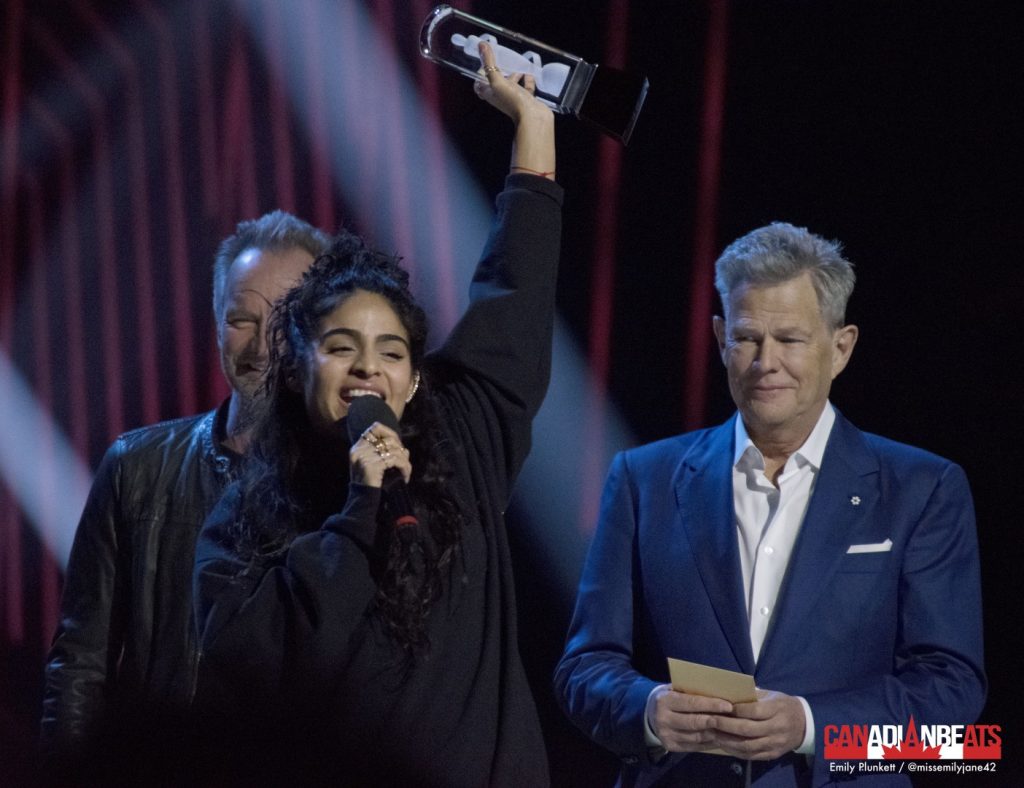 Following his moving tribute to his family during his acceptance speech, ‘80’s heartthrob and the newest member of the Canadian Music Hall of Fame, Corey Hart, closed the exciting show, beginning with a stripped down performance of “Never Surrender” and, along with the entire audience, donned his shades for the fan favourite, “Sunglasses at Night”. 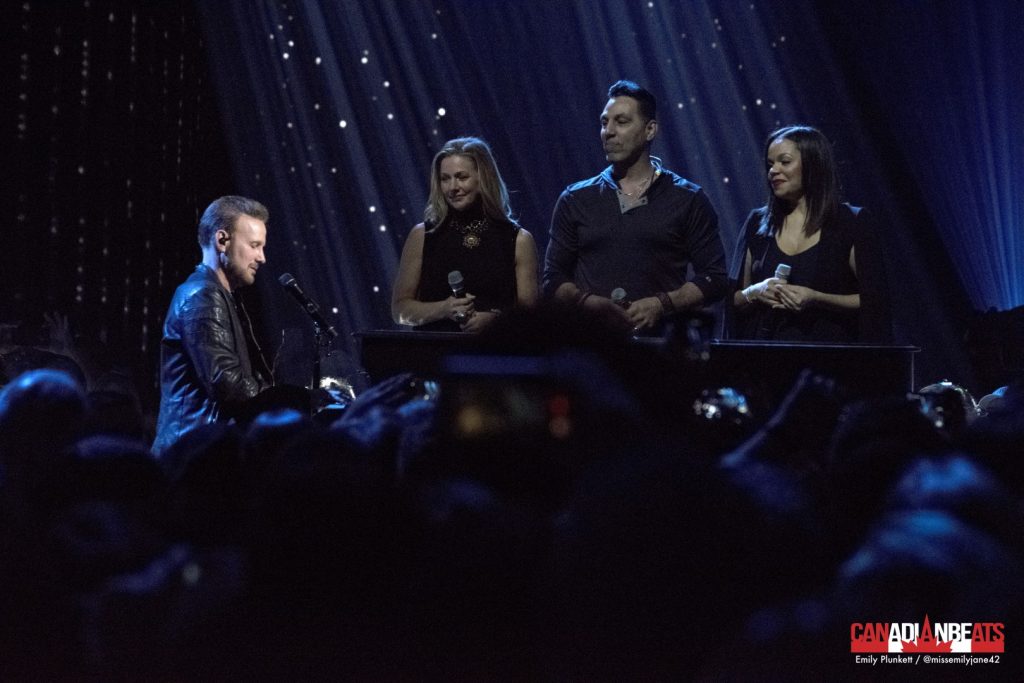 With the 2019 JUNO Awards at an end, the torch is now passed to Saskatoon, Saskatchewan; who will have the honour of hosting the 50th anniversary of the Canadian music awards.  We will have to wait and see just what’s in store!