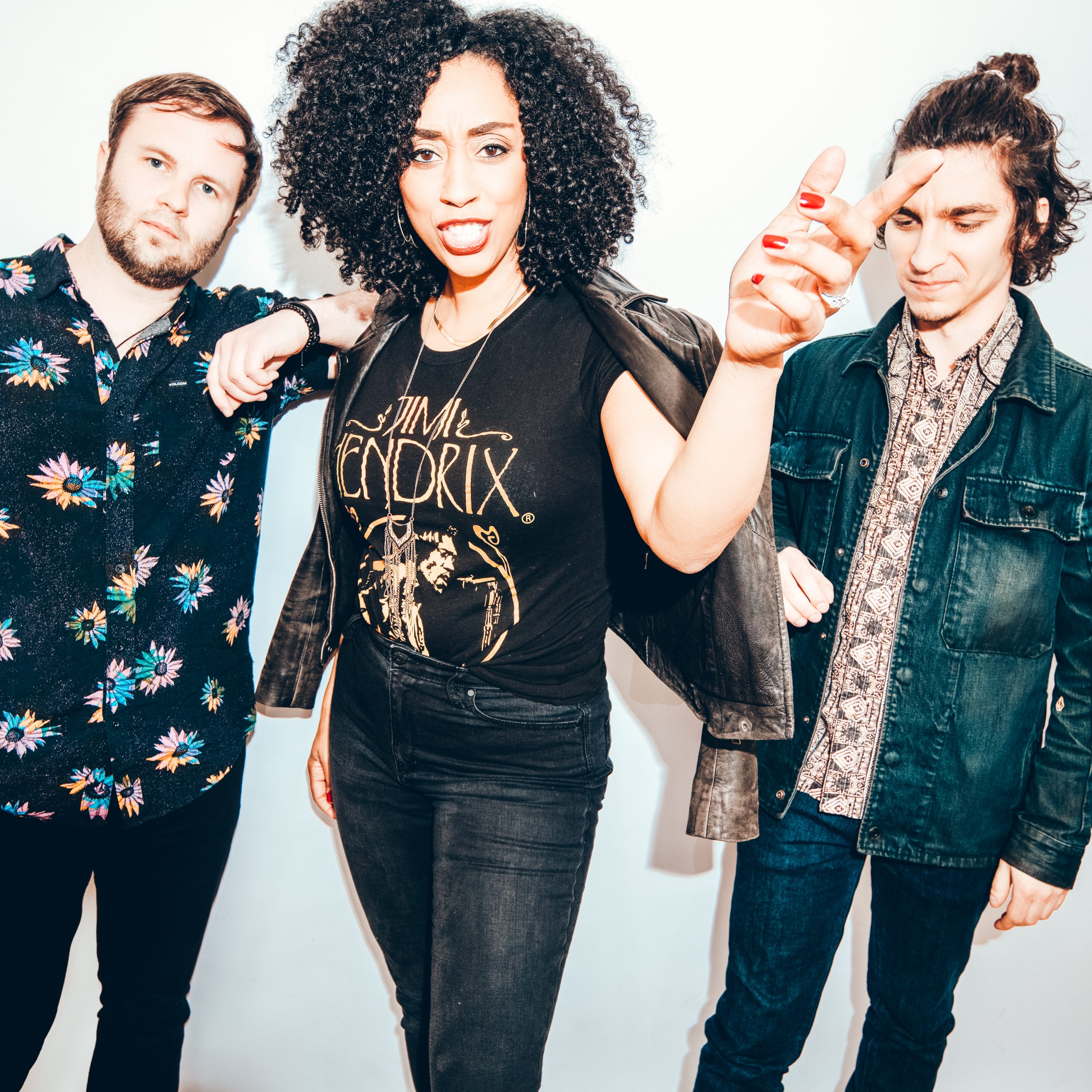 If you think something seems familiar about Orchard Sky, you’re not wrong. However, the trio, based jointly in Edmonton and Vancouver, has put its previous identity as The Orchard firmly in the past and is excited to debut its dynamic new sound that walks the line between Southern Rock and Country

Along with her stunningly soulful voice, she brings to Orchard Sky a powerful stage presence that has also been displayed in productions of Dreamgirls, The Chelsea Hotel: The Songs Of Leonard Cohen, and her own cabaret-style musical, Hey Viola!, a tribute to Canadian Civil Rights heroine Viola Desmond.

“I joined Orchard Sky when Mitch approached me asking if I knew any singers who might be interested. He and I had written songs for a few years at that point and I knew I liked his style. I thought it would be a great opportunity to sing and be in a band that played a style of music that I didn’t get to perform very often. I also felt that it was a very cool opportunity as a Black female, to create representation in an area of the music industry that we are usually not seen. It feels good to get back to the Alberta roots I grew up in and sing this catchy and fun music!”

The trio has unveiled their debut single, “Canadian Party Song” – which got its world debut during Sportsnet’s broadcast of the Edmonton Oilers/ Calgary Flames playoff series.

The single has been released through Edmonton-based Royalty Records, with equally exciting tracks, “Flashbang” and “Honest” slated for the band’s forthcoming EP.

It’s all the result of the burst of creativity Krystle has brought to the project, as Andreas explains.

“We previously described our sound as ‘a cosmic blend of rock, pop, and country,’” he says. “This still has some relevance, mostly in the elements of adventure, journey, mystery and darkness.”

“When we write our songs, it’s mostly on acoustic guitar to start, so I think there’s always going to be those classic country and blues influences. But our vision is to put on a great live show as a full band, so there’s gonna be some high energy happening on stage that I know will resonate with audiences.”

Check out “Canadian Party Song” below, and stay up to date with Orchard Sky via their socials.