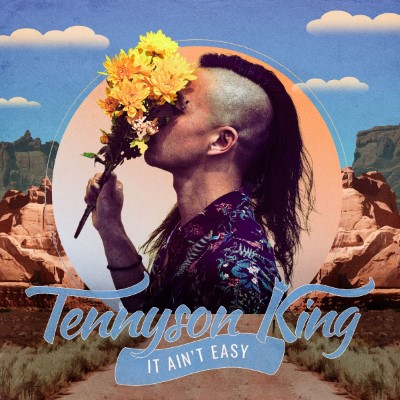 Nomad indie-folk rocker Tennyson King has unveiled a video for his new single, “It Ain’t Easy” from his upcoming album, Good Company, which is set for release on January 21, 2022.

The catchy, rhythmic and synth-chorus upbeat track sounds light in nature but was written from an emotionally difficult tough time Tennyson experienced.

“I felt pressure to have to fit in with the white Canadian music that was being made, the way the artists looked, acted, what they sang about, in order to have the same type of success they did,” Tennyson says on the track. “There aren’t many ethnic musicians in my genre to look up to as stories of success. I found that I couldn’t fully be myself because if I wanted to be successful, I couldn’t be exactly how I looked and who I was.

“While writing this song to understand these emotions, I then realized that this had been a recurring theme in my life growing up in Canada as an immigrant. This is my anthem to deal with these struggles and to extend my hand out to others who struggle.”

The video sees the six participants (Tennyson, Kelowna’s actress/spoken word artist, Sian Flanagan, and members of the Okanagan Arm Wrestling Club [Richard Henson, Dan Marcelino, Tim Gelinas, & Jacob Metz]) warming up with various exercises for the arm wrestling battle of their lives. And then, of course, features the battle! The inspiration for the video came from a show Tennyson played in Cobalt, Ontario where in the small, seated venue, people began arm wrestling one another while he played through his set. It got rowdy with people drinking and flexing their muscles in celebration while throwing fits in defeat

“I couldn’t help but just laugh,” reflects Tennyson. “It turns out that after the show, everyone was actually really stoked about the music and it got their adrenaline pumping. So the arm wrestling in the music video is the physical metaphor for the challenges that we face on a daily basis. Watching each character work out and mentally prepare for the arm wrestling battle is a symbol of all our individual pre battle routines, whether it be physical, mental or spiritual.”

This new single will accompany the previously released singles, “Share This Moment”, “Life On Shore (Carry Me Away)”, and “Slow Down”.

Check out the video for “It Ain’t Easy” below, and stay up to date with Tennyson King via his socials.