Home / Promos / The Honeyrunners releases new single, “What Are You Scared Of?”

The Honeyrunners releases new single, “What Are You Scared Of?” 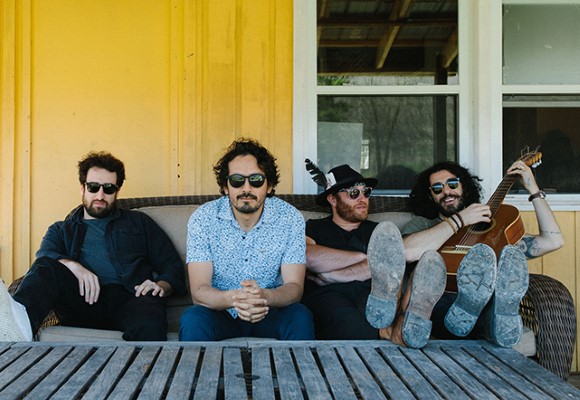 Toronto, ON-based folk-rockers The Honeyrunners have unveiled their new single, “What Are You Scared Of?”, as well as their debut LP, Everything Is On Fire.

Their new nine-song full-length aims to disrobe our culture of apathy — a sentiment that everything is always on fire, with nothing to do but watch. The chorus of the title track sums up the band’s approach to art: ‘Let it burn. It’s the ashes that I admire.’

Written and composed by the band’s pianist and lead singer Dan Dwoskin and engineer, producer, bassist, and vocalist Guillermo Subauste, Everything Is On Fire is a response to a public outpouring of anxiety and depression. The record was born of late nights and long drives; a tapestry of rhythm and melody, underpinned by desperate optimism and a stark reminder of why your presence is needed in times like these.

After a year and a half of challenges in a broken music industry, the two musicians are well-acquainted with these feelings (as are most artists, to some extent), yet they are also acquainted with self-reinvention (as are most artists). The process was cathartic — writing and recording songs for people who need to feel they are not alone in this heaviness, surrounded by a world full of apathy.

“We write songs for the times we need them,” pianist and lead singer Dan Dwoskin notes when asked about the insomnia-fueled lyrics of the album. For him, “this record was born of the love, fear, and insecurity of being a new Father.”

“We anchored tracks with a New Orleans sensibility, using pocket rhythms, countless styles of keys, and punchy horns to bring the songs to life,” Subauste says. “The cherry is a quilt of guitar hooks, a choir’s worth of harmonies, and a soulful lead vocal by Dan.”

Recording at Subauste’s Pacha Sound studio in Toronto was a blessing for the band, taking the time to fine-tune their new sound, a melting pot of folk, pop, rock, blues, and soul-Americana to the discerning Radio DJ.

“The music on Everything Is On Fire was years in the making, honed during a gap between the original Honeyrunners roster and a new lineup of musicians joining the band between 2018 and 2020,” Dwoskin continues. “We started with 25 songs and trimmed it down to nine, crafting a front-to-back listen with a potent story.”

Check out the live video for “What Are You Scared Of?” below, and stay up to date with the band via their socials.