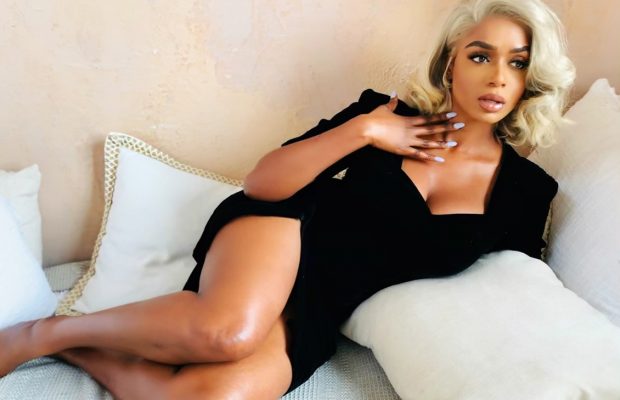 Toronto, ON-based singer-songwriter, Natosh Renee has released her debut single, “Forever”. The single is produced by Pdub Cookin and written by Natosh herself. “Forever” is inspired by the feelings Natosh experienced from love and paints a picture of what true love should feel like, through her irresistible voice and captivating message.

Check out the single below and find out more about Natosh via our Five Questions With segment.

Can you introduce yourself to the readers?

Hey, I’m Natosh Renee an independent singer-songwriter from Toronto. I just recently released my debut single on all streaming platforms called “Forever” producer by Pdub Cookin who also created songs for artists like Tink and The Lion King Soundtrack.

My music is best described as vulnerable, raw and honest. The most important thing to me about being a songwriter is to paint a picture and make the listener feel exactly how I felt in those very moments through my delivery and openness. I sing from a place of truth and confidence because I’ve matured enough to know my pain can be the inspiration for someone else’s healing. It feels good to know someone else has also been through the same things you have to not feel so alone. To me, that’s the kind of music that is timeless and that people can really enjoy connecting with.

Do you have any upcoming shows? For someone that has yet to see you live, how would you explain your live performance?

I have a show coming up on October 13 at the Bowery Electric in NYC.

My live performance is something I can’t describe because I go off crowd energy or I create it at the moment. So it’s definitely a unique delivery every time.

I would suggest Forever because it’s an uplifting, honest and beautiful song. I think at the end of the day we’re all looking to just be loved and accepted for who we are. To be able to say you found that outside of yourself with another beautiful human being is life goals for sure. So I like spreading that good vibe shit around. So I’m def sprinkling Forever I’m the lives of every and anyone willing to listen.

They make some of the best songs ever and that makes me not alone stand for them but also want to collaborate with them in the future. I’m speaking that into existence lol