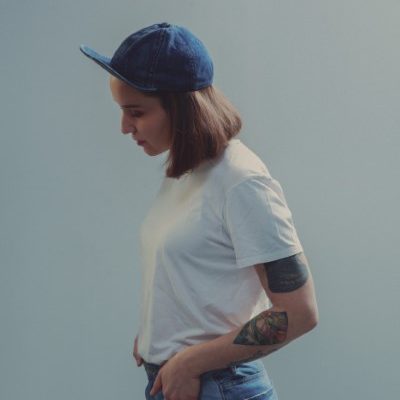 She’s been praised for her performances and through her work on each of her three albums. Her songs have found their way onto numerous Spotify playlists, television series, and have taken her throughout North America and Europe performing live for her fans.

We caught up with the award-winning MacDougall to talk about her new accolades, the album that led to it, and her new co-headlining tour.

Congratulations are certainly in order from your time at Canadian Music Week! What does it mean for you to take home two Independent Music Awards?

Thank you! I think that for me, being honored with these awards means that someone is listening. Someone is paying attention and something is getting through. When you put out a record it goes out into the universe and you have no idea what will come back so I’m really happy that the feedback is positive.

How would you describe your songwriting approach? Is there any formula?

There’s no real formula but usually, I start with an idea of a feeling that I want to convey and I think about how I can do that musically and lyrically. Then it’s a bit of a puzzle game to make it all fit together. I also am the kind of person that wants to try new things all the time so often I’ll try to incorporate something new for me.

Your album All I Have Left To Tell You has really resonated with fans and critics. What does that recognition mean to you as an artist?

It means a lot that the music resonates with fans and critics. Sometimes I get letters about how some of my lyrics helped them through difficult times etc and that’s when I feel like it’s really meaningful.  However, I try to not listen TOO much for praise or negative comments because I feel like when you listen too much to outside voices you can lose some creativity or start to operate like you have some expectations on you for what comes next. So I try to stay open to the next thing and keep creating from the inside as much as I can.

And now you’re hitting the road for your North American tour with Ben Kunder, whose music we also love. What can fans expect when they come to this co-headlining show?

Yes, he’s wonderful! I’m really looking forward to our tour. We are touring just the two of us, so it will be fairly stripped down and intimate and it should be very special.

Have you started penning ideas for the next album?

Yes, I’m in the idea and writing stage right now. It’s my favorite place to be.

Ultimately what do you want your listeners to take away from your music?

That is such a hard question. I think that I hope that people listen to my music or go to my shows and leave having felt something, having got something stirred up inside. Ultimately I hope that my music can bring some kind of value and beauty and inspiration into this world.