Home / Interviews / Winner Takes It All Interview with Joey Niceforo

Winner Takes It All Interview with Joey Niceforo 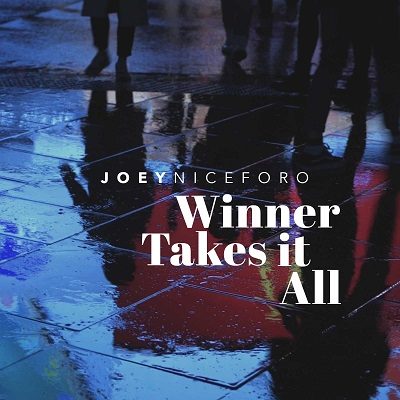 It has been a long journey for Joey Niceforo, from recording at the world famous Abbey Road Studios in London, England, during 2015 and 2016, to releasing his first solo single, “Winner Takes It All”, to music sites (iTunes, Spotify) today, Friday February 16, 2018. Timing is everything and this is the time for Joey Niceforo!

To coincide with the single, he is also releasing the music video, which was filmed during his recording sessions at Abbey Road. Hang onto your hats because this Abba remake is going to blow the roof off anything you have ever heard before. Maybe it’s in his French Canadian/Italian DNA; maybe it is a gift straight from God; it could well be both. This man sings like an angel with subtlety and softness in one breath to power and passion in the next. He hits notes that will send shivers down your spine and tears to your eyes. This is music at its finest! The single is part of Niceforo’s up-coming solo debut album, Priceless, that is scheduled for release in April 2018.

Niceforo is no stranger to the music world. Classically trained in Italy and Toronto, he was one of the original members of the Canadian Tenors in 2005. In 2006, he formed the pop-classical crossover ensemble Destino, who toured worldwide and had the honour of performing at the 2008 Beijing and 2010 Vancouver Olympics and New York’s Carnegie Hall. His solo efforts have had him featured on NBC performing the American National Anthem during the Columbus Day parade in New York City and, as part of Canada 150 celebrations for CBC, he sang a portion of ‘Oh Canada’ in Italian on the 2017 Canada Day broadcast. View that video here.  In 2001, he won the prestigious Italia Nel Mondo Award, which celebrates the achievements of people of Italian descent worldwide. Other recipients of this award include Luciano Pavarotti, Sophia Loren and Rudolph Giuliani. Not bad at all for a man who was born and raised in the community of Hanmer, Ontario, part of the Greater Sudbury area.

Here is our interview:

Here is the music video: