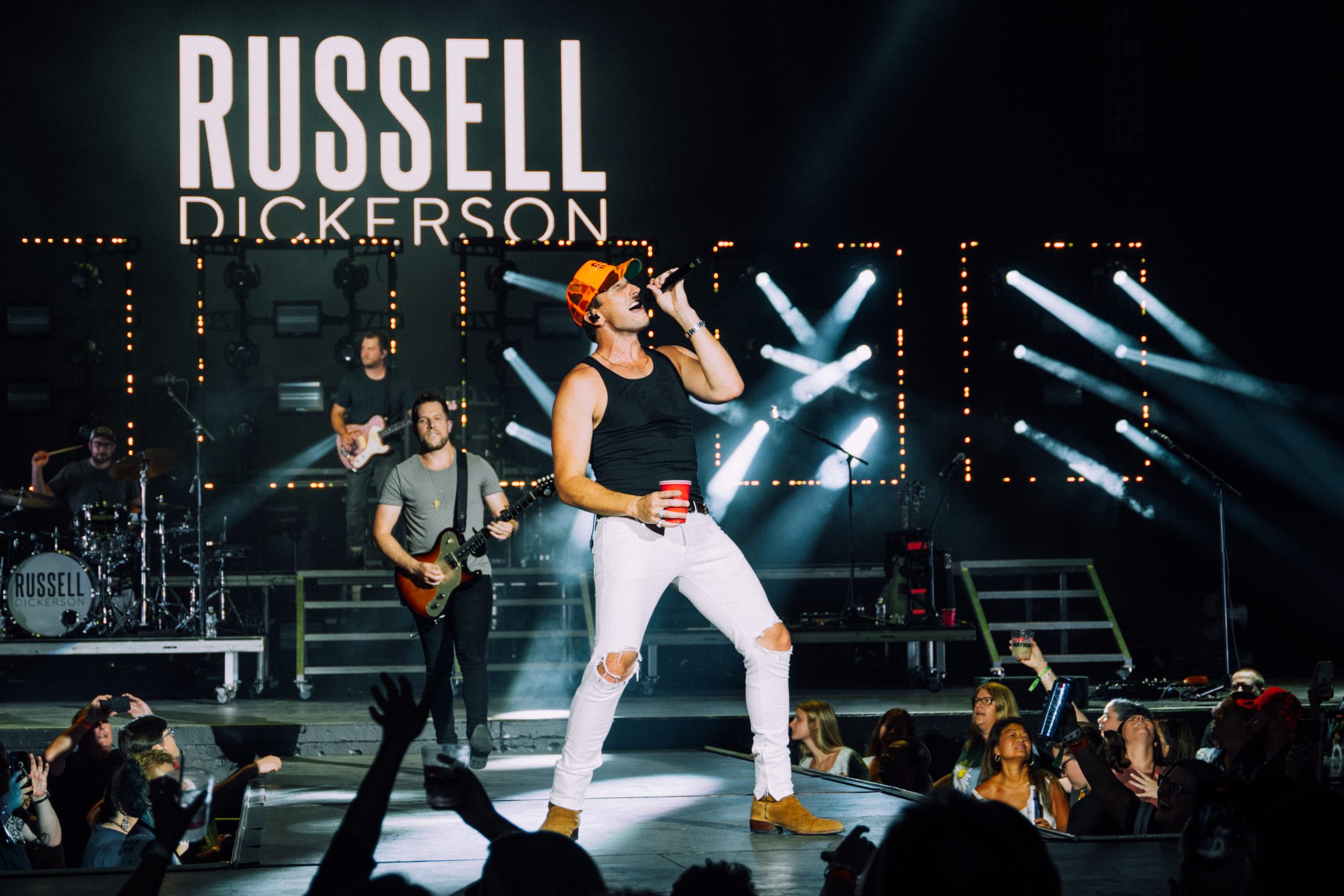 First headliner is announced, and more big announcements to come!

Festival Country Lotbinière (FCL) reveals the first headliner of its 8th edition, which will be held from June 15th to June 17th, 2023. American artist Russel Dickerson will take the stage at FCL on June 16th.

Born and raised in Tennessee, Russell Dickerson has seven platinum certifications and more than 2.2 billion streams on digital platforms. He is known for his hit songs “Yours,” “Every Little Thing,” “Blue Tacoma,” and “Love You Like I Used To.” The singer is the first artist after Luke Combs to have had his first four singles reach number one on the Billboard Country Airplay chart in the United States. Russell Dickerson, one of country music’s hottest entertainers, was one of the ten most-played artists on American country radio in 2021. His 3rd self-titled album was released on November 4th.

¨We are very excited to welcome Russell Dickerson for our 8th edition. It’s huge for an event like ours to have an artist of this level. The FCL has now reached this notoriety which allows us to attract international artists like Russell and it is thanks to the festival-goers who have been following us for 9 years already! Beyond his massive hits, Russell is a dynamic artist on stage and he gives himself body and soul to deliver a breathtaking performance that will certainly exceed the expectations of our festival-goers! ¨ – Guillaume Laflamme, festival co-founder

The 8th edition is expected to be bigger than ever

Country music continues to grow in popularity in Quebec year after year. Festival Country Lotbinière has been at the forefront of this new country wave since its beginning in 2015. Seven years later, the festival promises to be more spectacular and festive than ever! The 700 tickets that went on blind presale were sold out in less than 24 hours. The 2nd batch of tickets is now available for pre-sale for festival-goers, but quantities are limited! For the first time this year, country fans will be able to celebrate and see their favorite artists from Thursday to Saturday. For this 8th edition, the team is counting on international headliners such as Russell Dickerson and estimates between 20 000 and 30 000 festival-goers for the three days. Around 20 artists on two outdoor stages are expected for the weekend, and more big announcements are coming shortly!