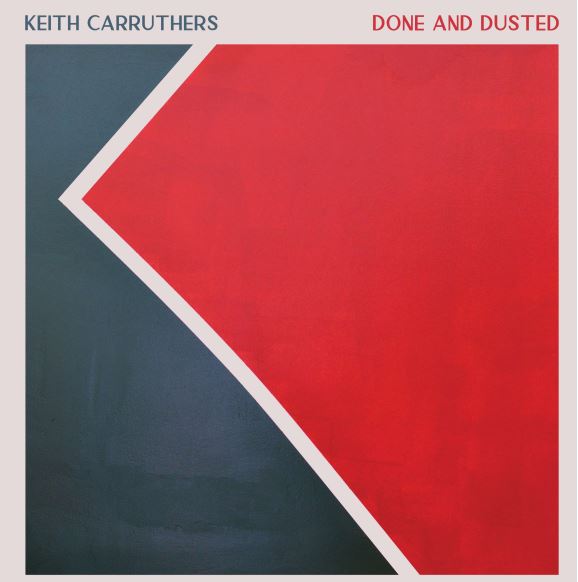 First up, we have “Suitcase,” which is a great introduction. With smooth, uncomplicated vocals and an equally polished beat, the track leaves us pleased but wanting more and wondering what else Keith is about to offer through the next nine tracks.

“Second Time Around” rocks from the start. The lyrics, “Took so long moving on, The time has finally come to take it on the run, Now she moves so fast, Running from the past, Cause she’s ready for the second time around,” tell a tale of someone ready for a new love story, and who’s done with the past. I had a hard time not singing along with this track, and my feet tap along as I type.

“Leave A Light On” has strong roots and country vibes, which shows Keith’s ability to master different genres, perfectly. This track, which is easily one of my favourites, features an absolutely beautiful chorus with harmonies with Joce Reyome that gave me goosebumps.

Next, “Just Can’t Run Away” ponders the question, “What am I to do?” The traditional rootsy sound and fiddle, played by Cynthia MacLeod, accompanied Keith’s somewhat husky yet polished vocals to form a first-class tune.

At the halfway mark comes the latest single, “San Antone,” with a strong bluesy rock beat that just won’t quit. It’s not hard to guess why this track was chosen as a single, as it’s got it all. A great beat that was made for dancing, lyrics about a lady, and an epic guitar solo.

“Don’t Break My Heart” has an anthemic feel, with lyrics, “The time has come, The stage is set, and I won’t be denied,” and “It took some time for you to see that I’m the chosen one, The time is right for you and me, It just can’t be undone.” It’s a song that I personally listened to over and over, and it really hyped me up each time. Go, Keith, Go!

“Father and Son,” the first single that was unveiled, is packed full of emotion and deeply personal lyrics. After an extended intro, Keith treats the listener as a confidant, sharing past experiences and lessons he’s learned. The lyrics, “And I know that it’s been hard, Watching as I stumble and I fall, Carefully you play your cards, Helping me to rise above it all,” is a sentiment that truly encompasses the father and son relationship.

When it comes to “Back To The Country,” we’re treated to a leisurely beat, with vocals to match. Getting lost in the lyrics, I picture myself at a cabin by a lake, getting away from it all. The lyrics, “I think we’ve had enough, Time to get away, Tired of life always getting in the way, It’s time to take a walk down a long dirt road, And get back to the country,” speak volumes. Nothing quite rejuvenates you like being in the country, in nature, breathing in the country air.

“Under The Midnight Sky” consists of a pulsing rhythm and a chorus that seems as though it was written for the listener to sing along with. So join me in belting out, “Under the midnight sky, We’re more than just friends, It just feels so right, Yeah it feels so right.”

“Coming Home” brings the album to a close, but not before we are treated to a slowed-down serenade. The lyrics on this track speak to returning to your roots, to your home, which I’m told is a feeling like no other.

The album, as a whole, is an excellent collection of tracks in various musical styles. In some songs, you can pinpoint a genre, others fit into many categories. The main thing is that each song tells a story, and Keith performs them with such passion you will feel as though you lived them.