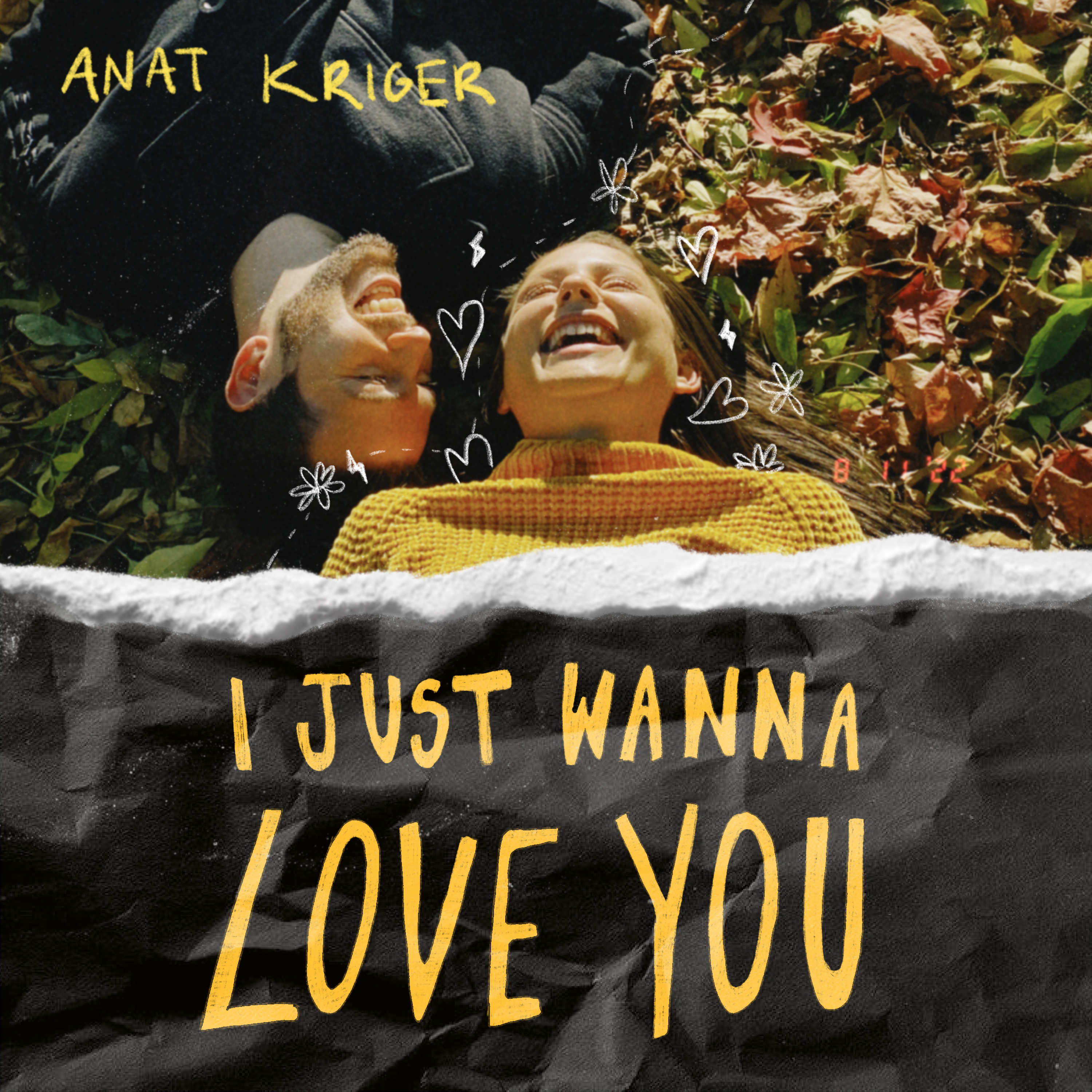 Israeli-born, Toronto-based singer-songwriter and actress Anat Kriger has unveiled her single, “I Just Wanna Love You,” which gives us a first-time glimpse at Anat as a songwriter, as it’s the first song she wrote.

“I’ve never considered myself a songwriter, and it almost feels like this song just came to me.”

The single emphasizes the idea of being smitten, and the lyrics are intended to take listeners through the complicated but beautiful journey of falling in love.

Watch the video for “I Just Wanna Love You” below, and learn more about Anat Kriger via our interview.

My name is Anat Kriger, and I am a Toronto-based artist.

I grew up in a small town in Israel, and I was actually going in a completely different direction by majoring in Math, Physics, and Computer Science in high school. Performing was my hobby, but never more than that. I didn’t believe I was good enough to make a career out of it.

When I graduated high school, I had to go to the Israeli army (like every other person in the country), and that didn’t go so well for me. I had a lot of health issues and was hospitalized for a long time when I was only 19.

This was the lowest point in my life, and I had decided that if I’ll ever recover, I’ll do what I love every single day – performing.

Luckily, I did get better and had the chance to move to Canada and start a new path as an artist.

I went to Randolph college and, after graduating, started working on different projects, which included the beginning of my original music journey.

You have unveiled your new single, “I Just Wanna Love You” What can you tell us about the writing process behind the track?

This is the first song I ever wrote. It almost feels like the song came to me and wrote itself.

I went for a walk with my dog, and while I was walking, I started hearing lyrics in my head, and all of a sudden, I could hear the music as well. I still have those voice memos on my phone recording random parts of the songs.

You have also shared a music video to accompany the release. What was the highlight of the video shoot?

The song was written at the beginning of a new relationship I had.

When I was just about to release the song, my relationship ended. I started shooting the music video, thinking it’ll help me get over it. However, I couldn’t film the breakup scene. It was too painful, and I had to let it go for a while.

A year later, when my heart finally healed, I felt like I’m ready to film the end of the story. It was such an emotional experience for me, but it felt good. Releasing it to the world feels like the best closure I could have ever got.

You worked with Ante O’Connor at Abstract Studios. How was this experience?

It was so much fun! Ante and I actually met at a music store, Long and McQuade, and I never thought this connection would lead to such a meanwhile and fun project!

“I Just Wanna Love You” is the first song you’ve written. Now that you’ve done so, do you think you’ll pursue songwriting again?

Absolutely. I feel like this song opened a new world for me. I have written so many songs since then, and I can’t wait to share them!

Who have been your main influences throughout your music career?

I have been listening to Celine since I was 14. Nobody my age used to listen to her, but I found her music so inspiring. I remember going for long walks in the woods and listening to her songs.

Queen came from my dad, he played their CD every time he had a chance to.

Shiri Maymon is an Israeli artist whom I was obsessed with. I knew all her songs by heart (and still am), and I can definitely say my singing was impacted by her voice a lot.

While the Pandemic was taking over our lives, how did you stay up to date with your fans?

It was an interesting time.

When the pandemic started, I was actually in LA, and two days after arriving, the first lockdown happened. After a few weeks, I came back to Toronto, and I’m happy I did.

I did many live streams but also took a lot of time for myself. The pandemic was also the time I started writing, so I’m really grateful for that.

What is your favourite thing about the music scene in Toronto?

I love how there’s room for everyone. Everyone can do their thing and be accepted for who they are. I struggled with this a lot, especially when I just arrived in Canada until I finally realized I don’t need to be anybody else other than me, and this realization is huge.

It’s a tough one since there’s so much talent here! But, I’ll have to say that I’d go with my childhood idol, of course- Celine Dion. It would be such a dream.

I’m currently working on my first solo show, which I’m very excited about!

Right after that, I already planned to start working on my next single.