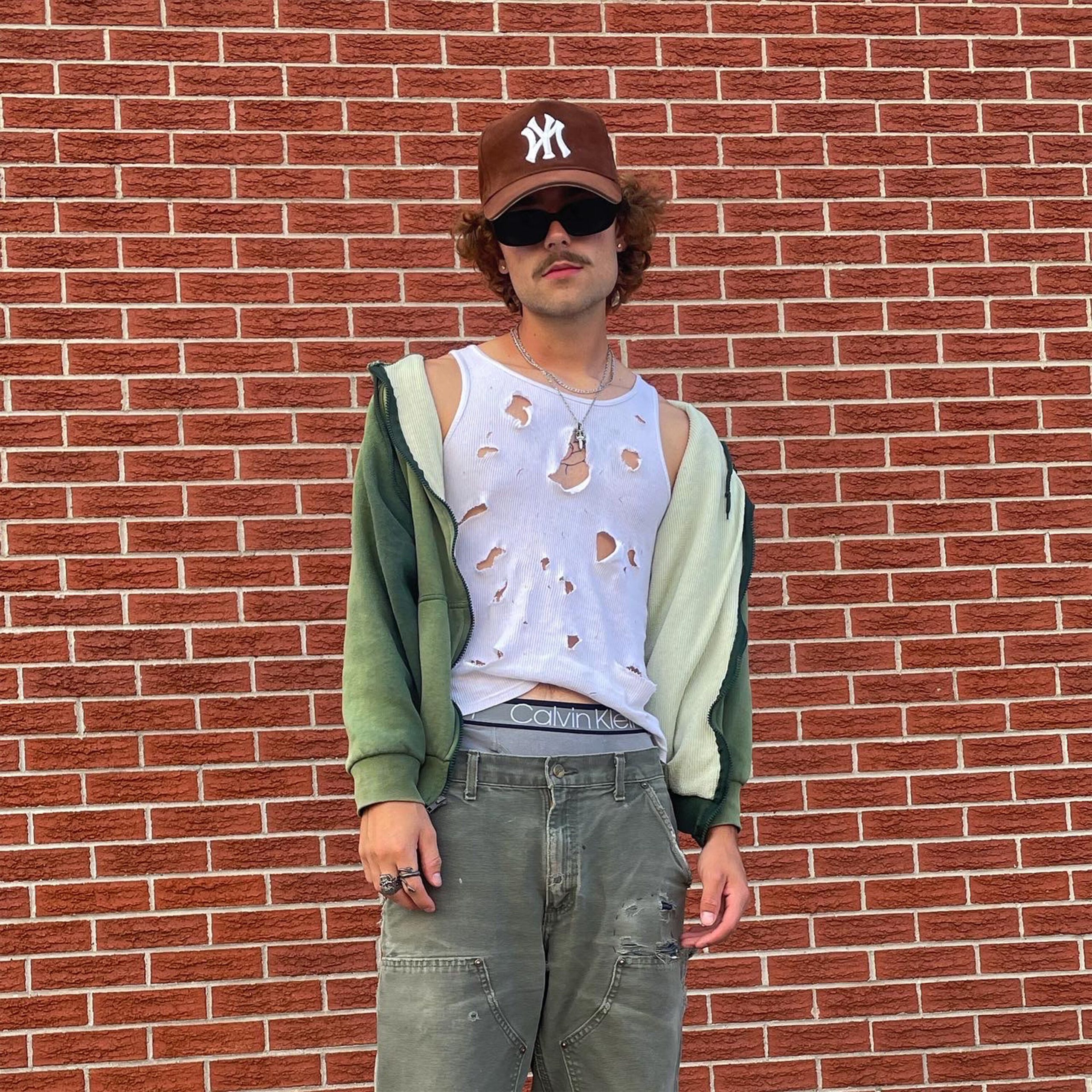 Comprised of an intricate blend of pop fundamentals and Waterloo, ON’s Jai Bentley’s unique brand of laid-back heartbreak, this breakout artist brings a one-of-a-kind stylization to the ever-shifting plain of pop music with his newest single, “I Met The Devil.”

Known primarily for his contributions to the rap genre, Jai Bentley is no stranger to genre-bending to tell a convincing story. Bentley’s stories of heartbreak and love are riveting, to say the least, making “I Met The Devil” a welcome addition to this young artist’s ever-growing catalog of music.

“I Met The Devil” is a tale of domineering toxic love that feels inescapable. Characterized as “the devil,” Bentley’s former love consisted of on-and-off dating coupled with an ego complex. Despite having similar interests and a strong connection, Bentley knew the relationship was bad for him; he shares his takeaway on the relationship by saying

“She was evil in the sense that she had all the power over any boy who wanted to be with her. She was one of those girls that all the boys drooled over and wanted to be with. She knew it – and she was proud of it.”

Much like pretty girls, “I Met The Devil” is very much worth drooling over – despite its overall dejected connotations. Built on the foundations of a groovy feel-good guitar beat, Jai Bentley’s message becomes a little easier to swallow as he professes his conflict regarding his dating life. His silky-smooth vocals add a bit of character and a sense of genuinity as he offloads a weight of emotions onto his growing base of listeners.

Listen to “I Met The Devil” below, and learn more about Jai Bentley via our mini-interview.

I would love to introduce myself! My name is Jai Bentley, I’m a 21-year-old music artist from just outside of Toronto (Kitchener-Waterloo). I have been making music for over four years now and continue to grow my catalog by dropping a new single almost every month! When listening to my music, you may find yourself listening to a rap song one second and then an alternative song the next. I am very versatile when it comes to music. I hate sticking to one genre. Exploring my own creativity keeps me going by creating new and exciting songs that I never thought I could make. Music is a huge outlet for me. It’s one of the only ways I can get my emotions out. Some people talk to therapists, and I make music.

Aside from the music, for a living, I sell vintage clothing! It has been a passion of mine since high school, and I am very grateful to be supplying stores such as ‘Vintage Meets Hype’ (a clothing store in Waterloo). I love the thrill of never knowing what you’re going to find until you find it. Currently, I am trying to make my music career more of a full-time job. In the meantime, I will continue to make music almost daily and sell vintage clothing.

Here’s the thing. Not a lot of people know about Waterloo. When you think of the music industry in Canada, you automatically think of Toronto. For a good reason, though, lots of big artists have emerged from there. As an artist, it’s hard telling people you’re from a small city called Waterloo because not a lot of people would be as interested if you had told them you’re from Toronto (which is literally an hour’s drive away from Waterloo). It’s funny; a lot of artists from this area say they’re from Toronto, including me, so I’m not one to talk. However, we do have a rising artist from this area (Dom Vallie). Which is great. This gives other artists from the area more opportunity because more eyes will now be focused over here for the simple fact that there may be other rising artists here. Being an artist from Waterloo feels like a big underdog moment, but who doesn’t like cheering for the underdog?

Does the person you wrote the song about know it’s about them? Is it about a real person?

I would say that ‘I Met The Devil’ is 50% fiction and 50% non-fiction. When I was writing the song, I was thinking about a particular person who I was in a relationship with years ago. So yes, the song is about a real person. Do they know it’s about them? If they have listened to the song, more than likely, yes. Half my songs are about this person, actually, and yes, this person has called me out before about my lyrics. It’s crazy how many songs you can make about one person. Who would have ever thought?

JuiceWRLD. I remember in high school, one of my best friends (Nick, who owns Vintage Meets Hype) showed me his song “Lucid Dreams” and “All Girls Are the Same” before he was big. That night I could not stop listening to those two songs. I was going through a breakup at the time, and the lyrics connected to me so well, and I could just feel all the emotion and pain in his voice. The next day I checked out his SoundCloud and found songs such as “Moonlight” and “Sticks and Stones.” I fell in love with his music ever since. He made a big impact on me and the music I make. I’m very thankful for the music he has made, it has helped me get through a lot of tough times.

Little Hell by City and Colour. There are a ton of options for this question. Many great artists are from Canada. I bet a lot of people would mention a Tragically Hip album! But in my opinion, this album by City and Colour is essential. It’s a very calming album that you can relax to or get you thinking about life in general due to the lyrics. Dallas Green (the singer) has an extreme talent within music. He has a very beautiful voice that you could listen to for hours, and his songwriting ability is amazing. Fun fact, he is from St. Catherine’s! I would give this album a 10/10, it’s a must-listen.