The Mendozaz – Five Questions With 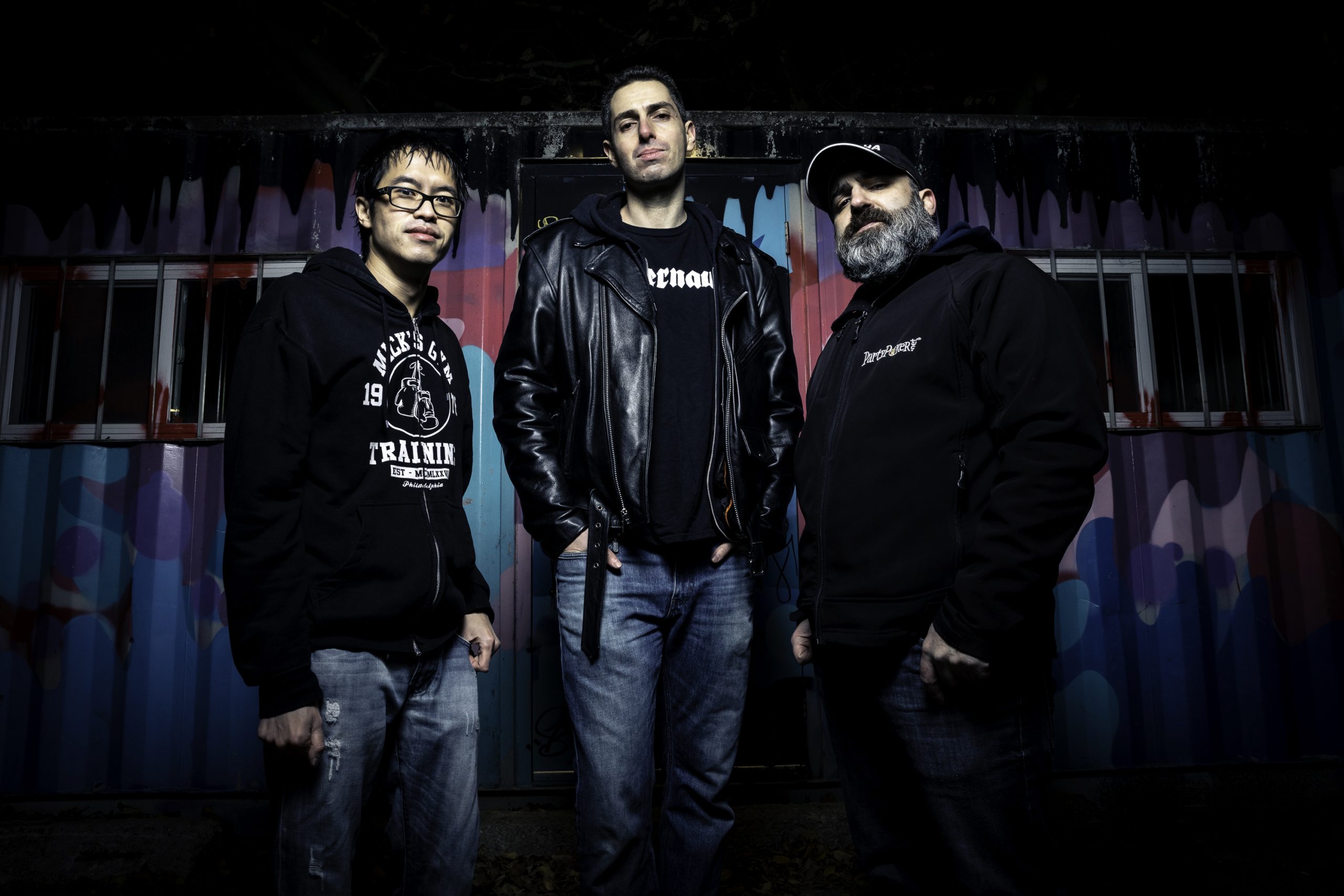 The Mendozaz unveil a music video for their single, “GTFO”

Toronto, ON-based trio, The Mendozaz have shared their new single, “GTFO,” along with a video to accompany the release.

A sing-along earworm with lyrics that may or may not consist of vague plot summaries for a couple of Danny Boyle movies (bonus points if you can guess which). The video features the wild, rotoscoped pop-art style of graphic designer and illustrator Joseph Zambri.

Watch the video for “GTFO” below, and learn more about The Mendozaz via our Five Questions With segment.

Michael: We’re a trio of “brothers” from Toronto who have been getting together since 2017.

Jonny: Zozo is our newest brother. Family since 2020.

Zozo: I sometimes scream into the mic.

Michael: GTFO is the latest single off our second album, Up and At Them. It’s an amalgamation of our favourite zombie/survival flicks and pop-punk.

Jonny: The song’s a bit of a lie, though. It was part-inspired by the movie 28 Days Later, but as you know, there are no actual zombies in that movie because the infected portrayed aren’t actually dead. Then Joseph Zambri, who did the music video, put in actual zombies to go with the line about the “angry walking dead.” So the situation’s just compounding.

Zozo: It’s out of control.

Jonny: I lied about the zombies, and I’m sorry.

Zozo: Things that make us laugh.

Jonny: We dig into some personal experiences too. The first song on our latest album – it’s called “Sitting By These Rocks.” It’s a deep-dive into the grief that comes about not just for the people that leave us too soon (or what always feels like too soon) but for the moments that pass us by that we can never have back.

Michael: We also write about cartoons. Do you have any upcoming shows or festivals you’d like to tell us about?

Jonny: We’re playing in the basement of a roti restaurant, a taco joint, a couple of record shops, a bar called the Bovine Sex Club…

Zozo: That has neither bovine nor sex.

Michael: One of the record stores is called Dead Dog Records and doesn’t have any dead dogs.

Jonny: We played at an arcade earlier this year. There are a couple more DIY venues we wanna play. A brewery, a skatepark, a bowling alley…

Michael: We’ll play at your house. We want to play in your backyard.

Jonny: We’re still sorting out the logistics of “less enemies”…

Michael: By turning our enemies into friends!

Jonny: Right! That’s definitely a better idea than what I was thinking.