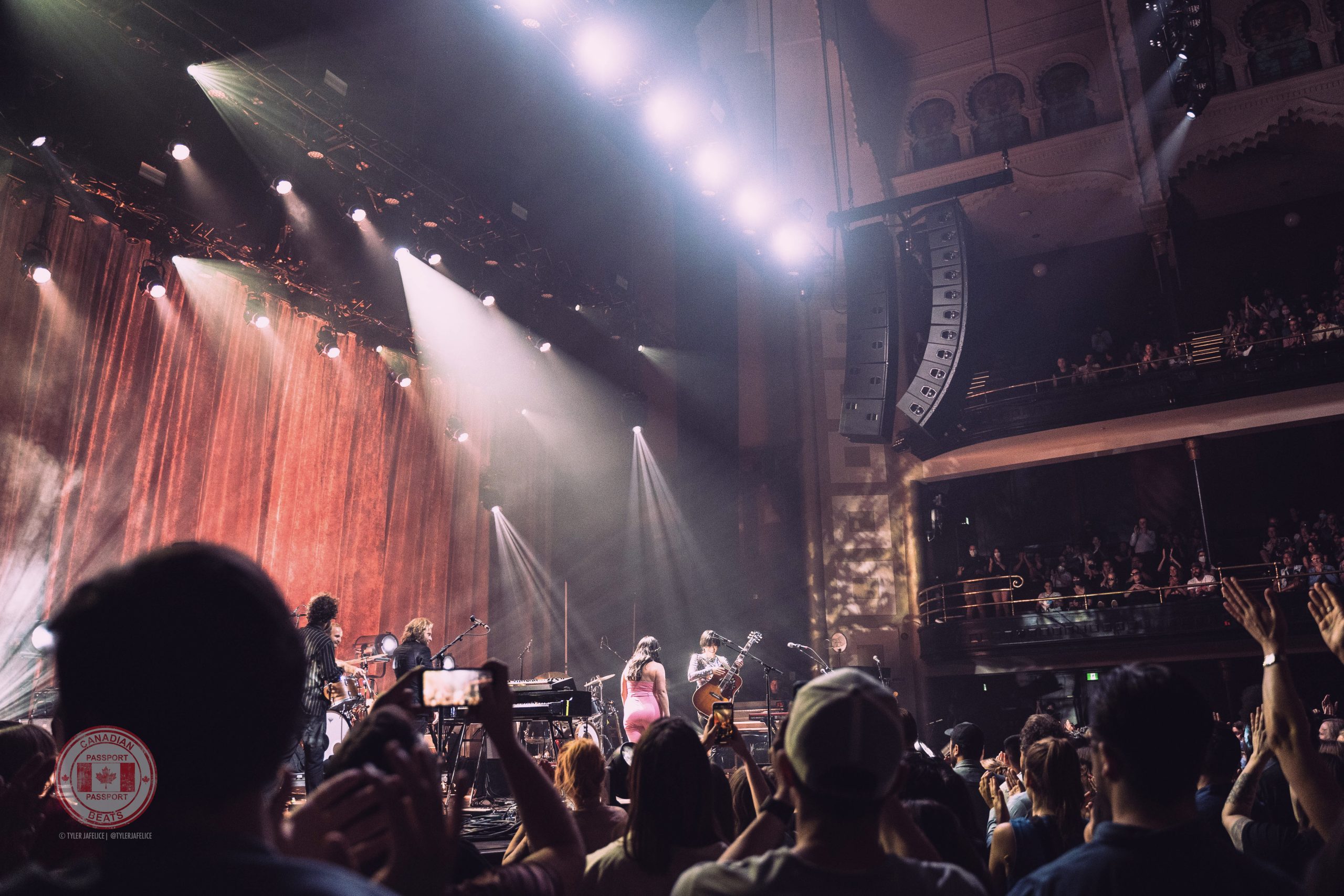 On August 12th Sharon Van Etten brought the Wild Hearts Tour to Toronto for a sold-out show alongside Angel Olsen and Julien Baker. This was the first of two nights at the venue after a high demand for attendance led to a second show being added. It was an evening of laughs, cheers, and dancing with raised hands.

Julien Baker opened the show by walking on stage with just herself and her guitar—the same way she played her shows for so long. The crowd cheered as she began playing the opening notes to “Sprained Ankle.” Her band walked on near the end of the song and joined her in playing the outro. Julien had been a solo act for years with minimal accompaniment, and this was her first time playing with a full band in Canada. Hearing Julien’s older, more subtle songs reinvented with a full band was truly special—seeing her do a little dance to a drum shuffle that led into “Shadowboxing”—a song that originally has no drums at all. But even with a force of a full band behind her, Julien’s vocals were still the shining light of the set. At times, she made subtle changes to the melodies and placement of high notes. In some ways, it brought back some of the intimacy of her solo sets, and it made her character and personality cut through the loud band and bright lights.

While the full band set had many tender moments, it also allowed Julien to reveal some of the more aggressive sides of herself. Julien grew up listening to metal and hardcore bands which comes as a shock to some because her music is soft. But when she and her band played the louder songs off the latest new album, Little Oblivions, they cranked the gain on the guitars and turned echoing outros into raging breakdowns. During songs like “Highlight Reel” and “Ziptie,” Julien would run around the stage and swing her guitar over her head like an ax. In some ways, the set was farthest from what she’s known for, but in other ways, the audience got to know her a little better. 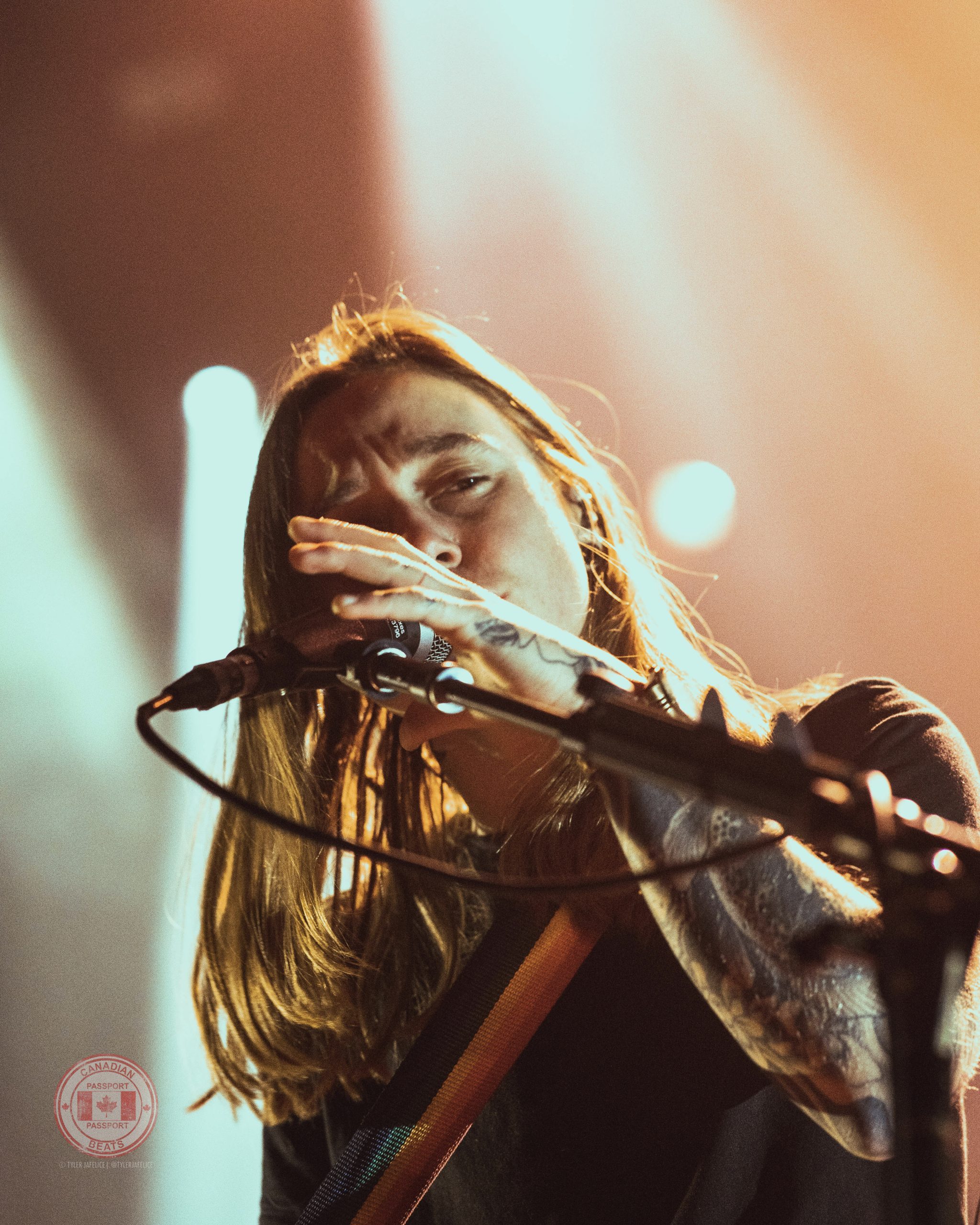 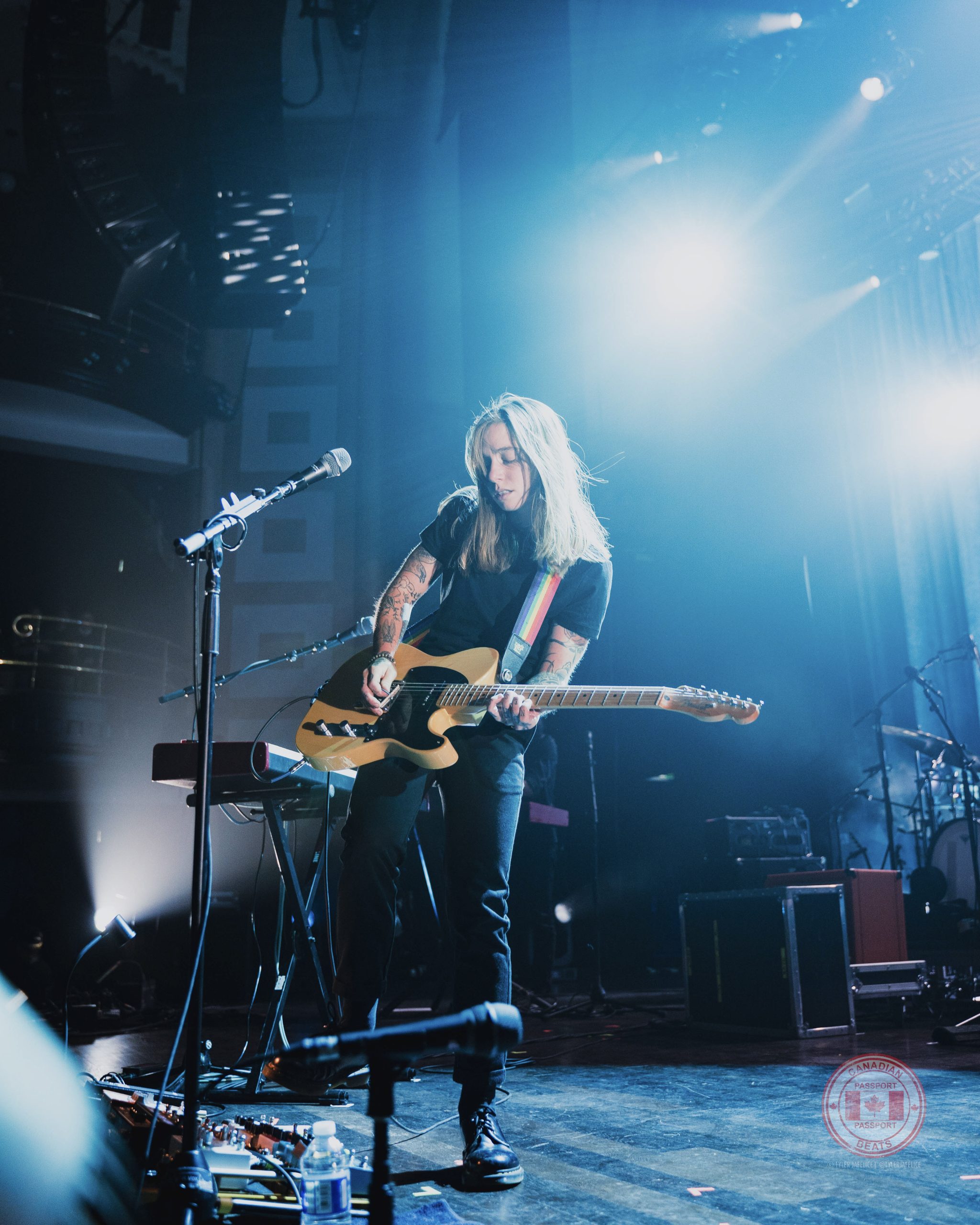 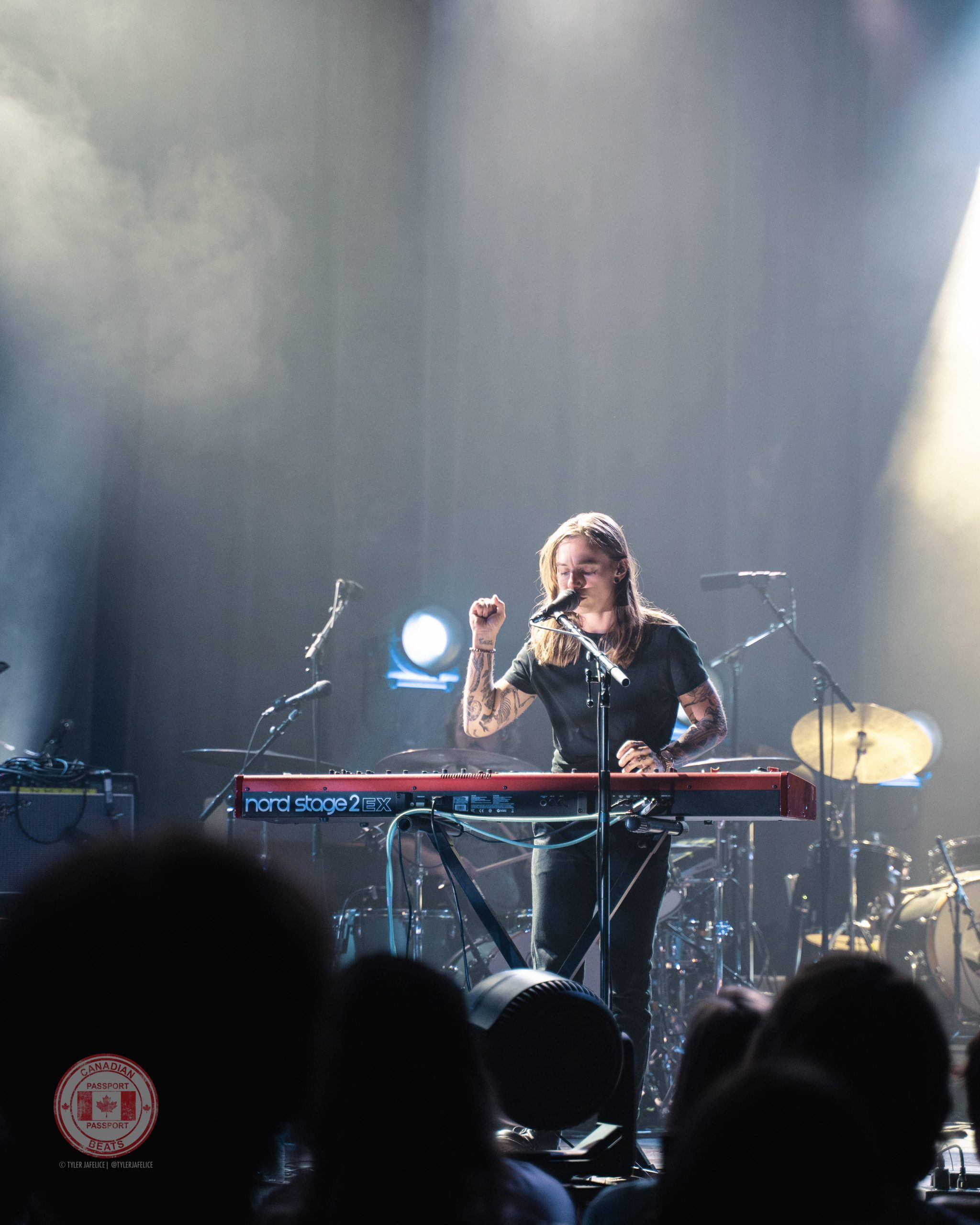 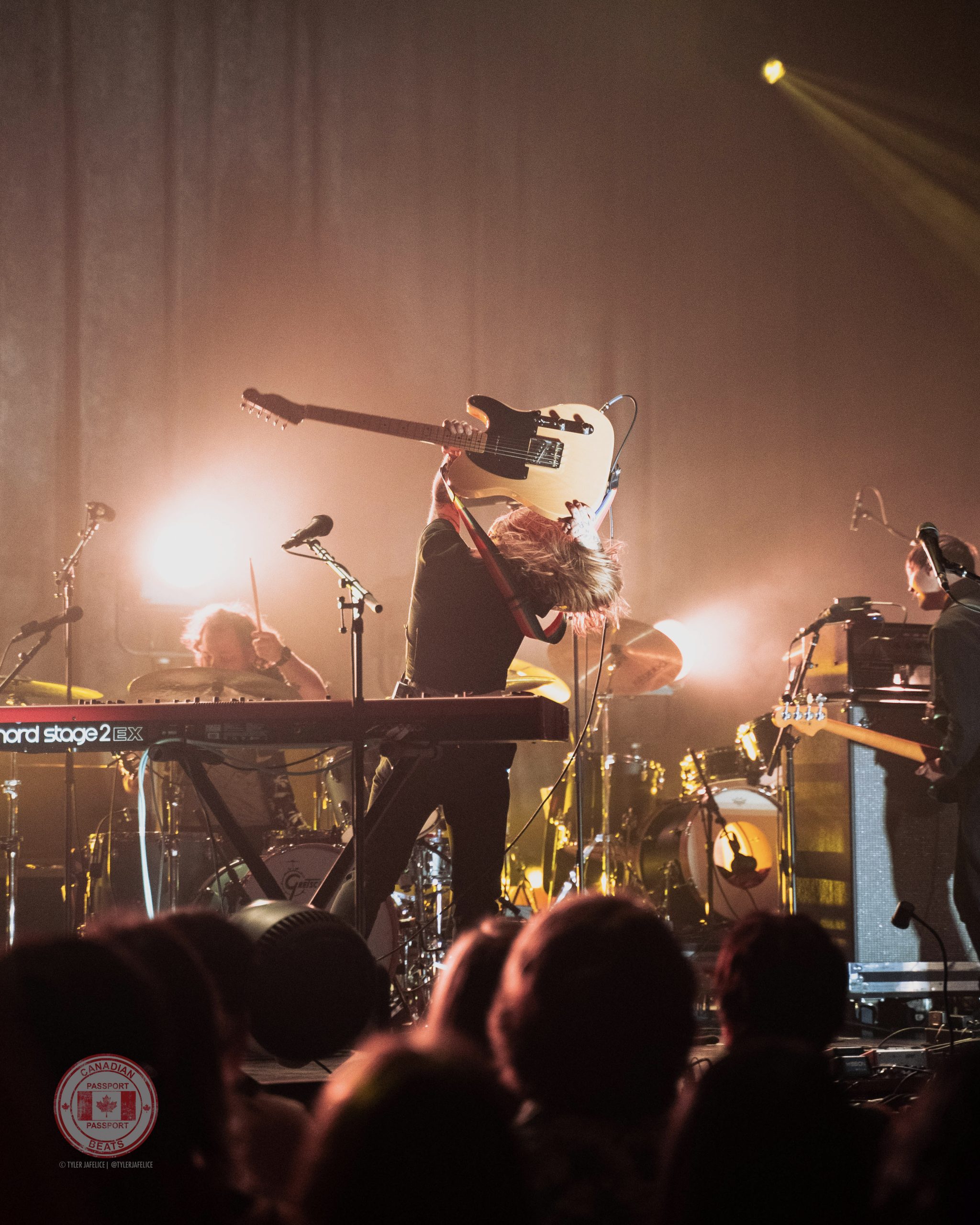 Angel Olsen opened her set with “Dream Thing,” and her drawn-out voice rang through Massey Hall as she sang the opening lines: “I had a dream last night, we were having a fight. It lasted 25 years.” Angel’s set was the only of the night that was accompanied by orchestral string instruments like violin and cello. While these are heard throughout her records, it was wonderful hearing these instruments live, especially in the songs that didn’t normally involve them. As profound as Angel’s music is, her stage presence is very candid and care-free, and this was is revealed especially with her banter between songs; During one of the moments between songs, she told the crowd, “I finally had a cry yesterday, everyone needs a good cry,” and a mixture of laughs and cheers came from the audience. Angel was open about how her band had been going through numerous abrupt lineup changes, with some of her members not being able to perform. This led to finding new members who would need to learn all the songs in a matter of days. One of the silver linings to the situation was that Julien Baker came back on stage to play lead guitar for Angel during her song “Big Time.”

Regardless of the unexpected hurdles, Angel knew how to command the crowd and keep it captivating. There were a lot of playful moments during the set, like the string section after the first chorus of “What It Is,” where lights would flash in time with the song, and Angel fluttered her arms up and down like a wave. After a set full of heartfelt belts and the swelling of strings, Angel would end her time on stage as a solo act with just her and her acoustic guitar. She gently strummed the guitar with her thumb as her voice filled the room that was silent for her. As the crowd sent her off with applause, she lightly jogged off the stage while blowing kisses. 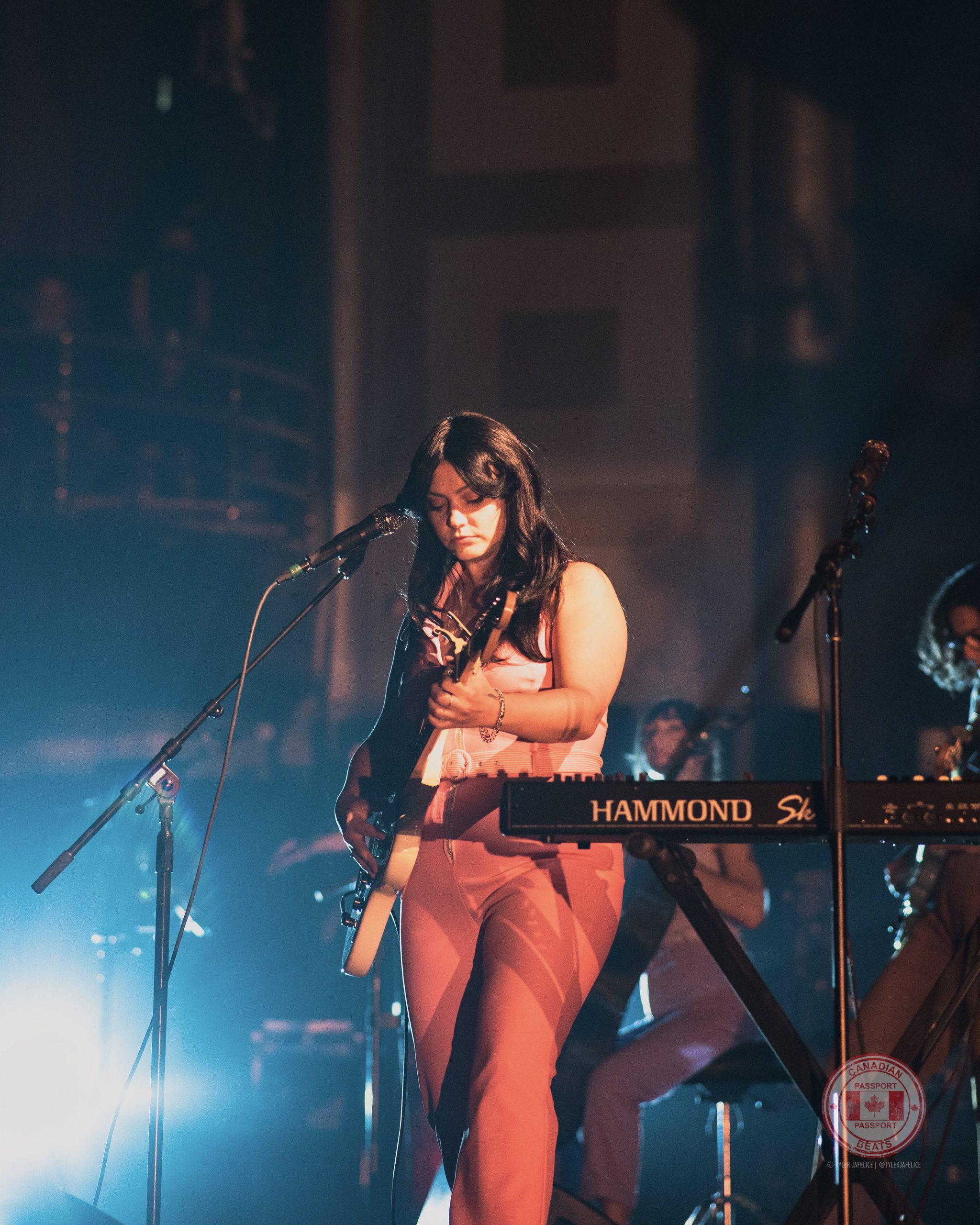 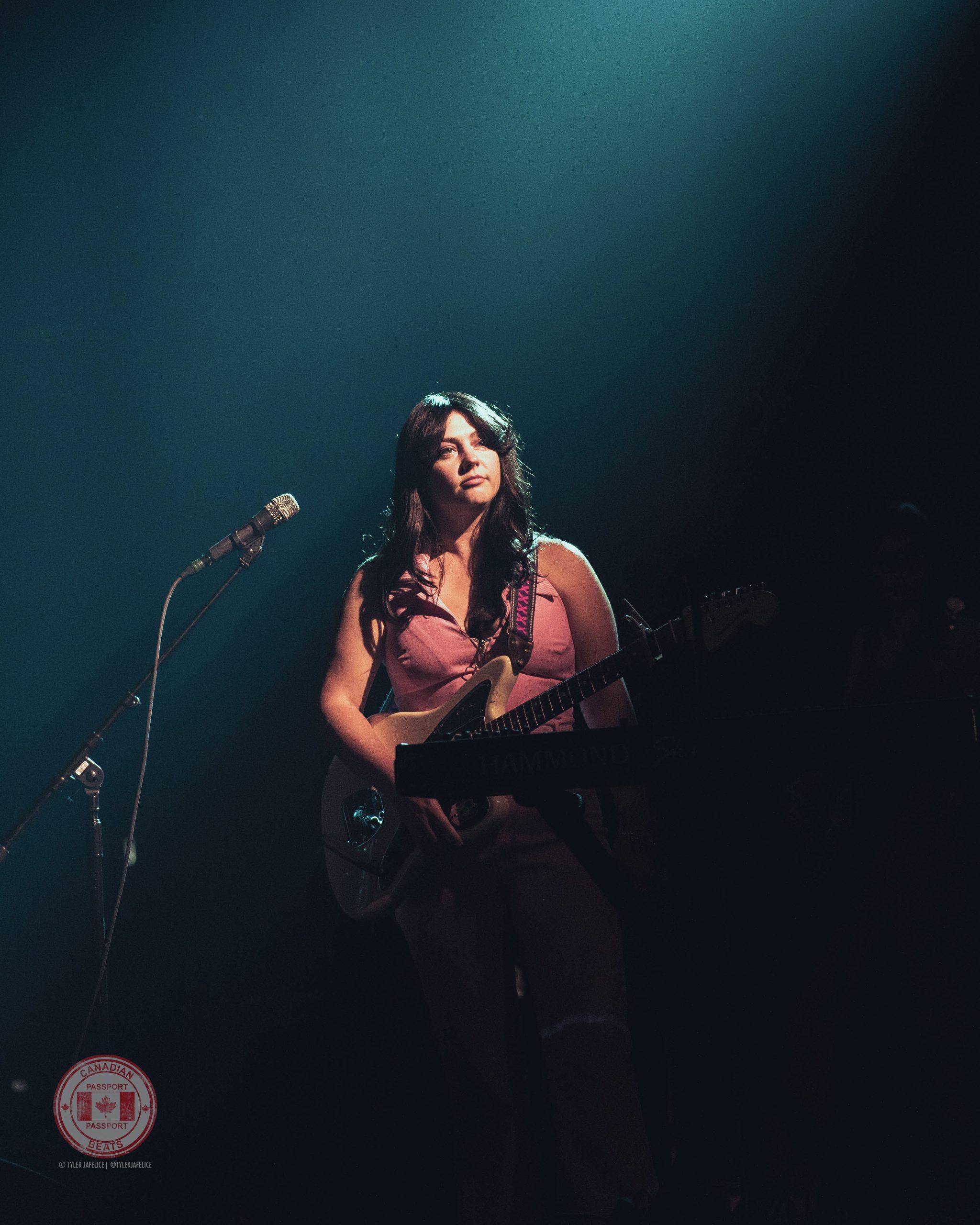 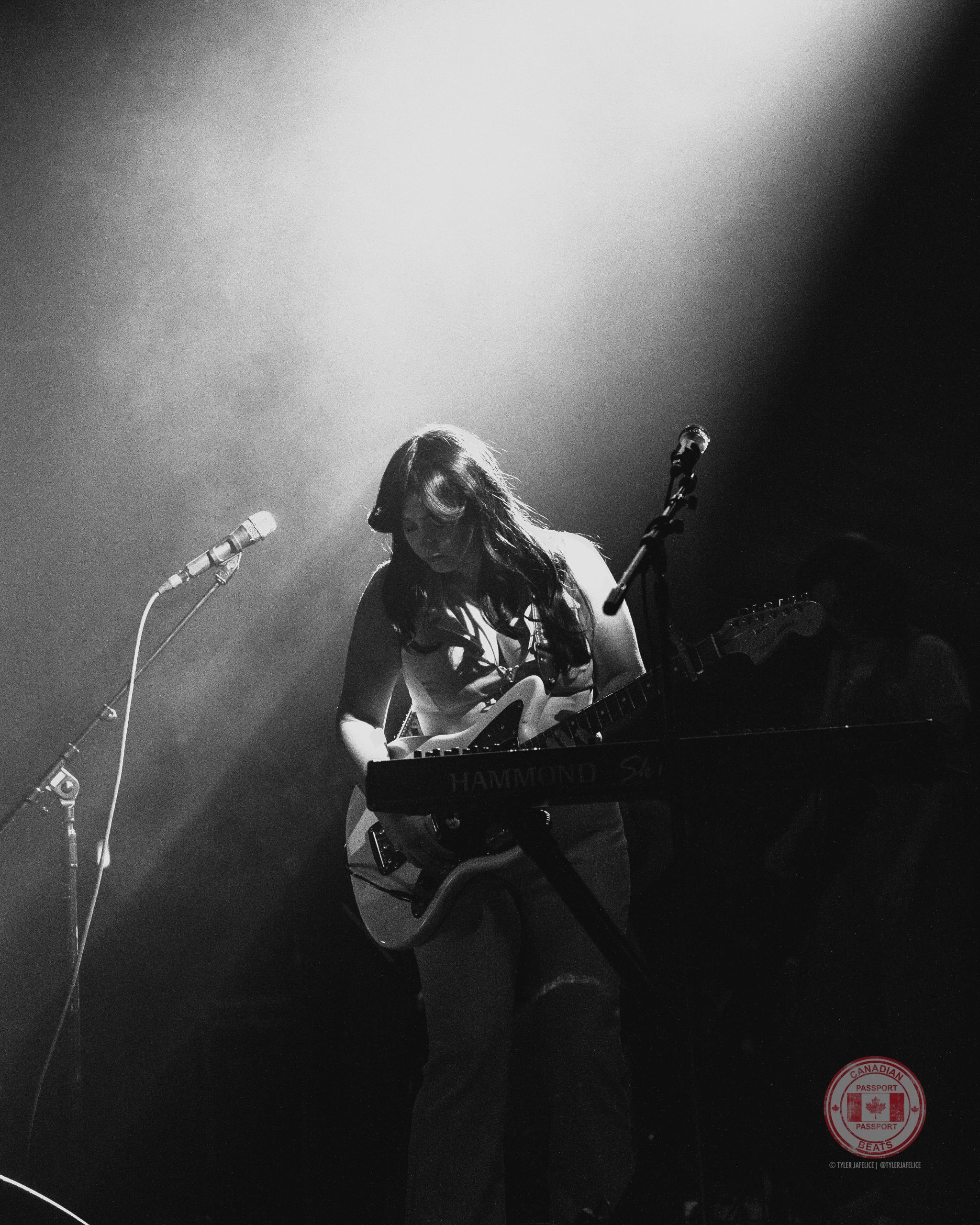 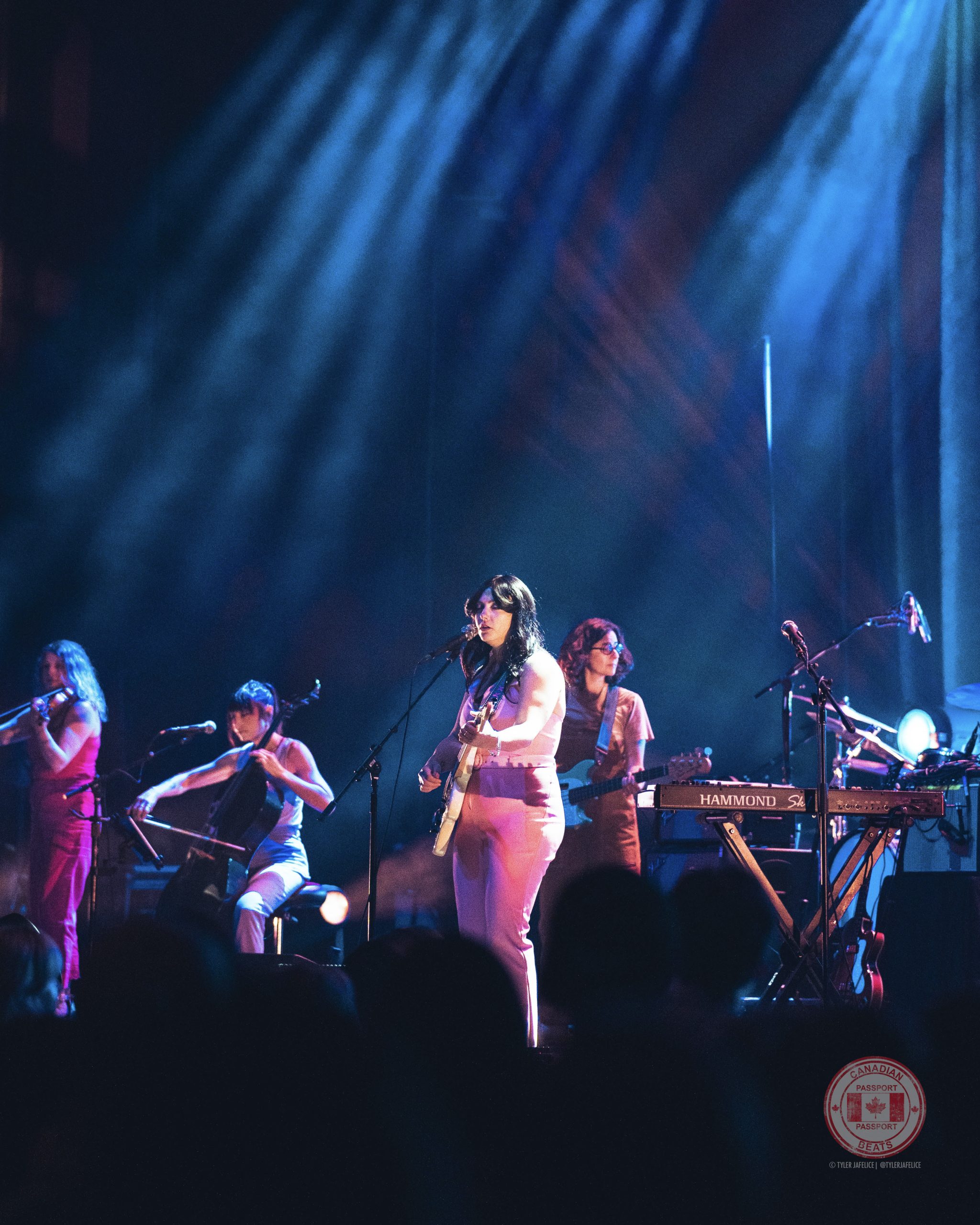 Sharon Van Etten’s set began with the lights off and a sample playing over the PA of someone explaining how they had lost their purpose and had begun to figure out how to get it back. Sharon and the band walked out in the dark as the audience cheered at the sight of their silhouettes. The lights came on after the click of drumsticks, and Sharon faced the crowd with a stare and slowly walked toward the mic. Sharon opened her set with Headspace –a haunting, ominous song off her new record, We’ve Been Going About This All Wrong. Sharon dropped to her knees and crouched as she sang the lines, “I wanted to feel ageless, I wanted to be here.”

Sharon had a very theatrical stage presence. She would walk slowly in circles around the stage and reach out to the crowd at certain moments. She would even place her hand on the chests of her bandmates and sing to them earnestly. There were some moments where her voice was powerful, but the next, it was vulnerable. After the first few songs of her set, Sharon explained that the last time she played Toronto was in 2013, opening for Nick Cave. She also expressed that it was on that tour that she realized her drummer was her best friend and would later become the love of her life and the father of her child.

She played “Come Back” and shared how it’s about her husband holding her accountable for moments where she’s not expressing her feelings. Another emotional highlight of her set was during the climax of “Hands,” where Sharon screamed to the sky, “Put your hands on your lover,” and there was a balance in her voice between anger and sadness.

Near the tail end of the set, Sharon talked about how she and the tour package partnered with PLUS1 to have a portion of ticket sales go towards the A New Life—an organization that helps women rebuild their lives after incarceration. Sharon shared that the tour had raised over $50,000 for A New Life, and the crowd gave long and loud applause. Sharon ended her set with her song “Seventeen,” and people could be seen singing and raising their hands from the balcony. Sharon left the stage but returned after a lengthy applause for an encore. She commented on the cheers saying, “Thank you, I should bring my phone out to record that. It could be my alarm clock in the morning”.

Sharon invited Angel Olsen back to the stage for both of them so sing “Like I Used To,” which they had written and recorded together. After the song, Sharon and Angel hugged and kissed each other and left the stage smiling. 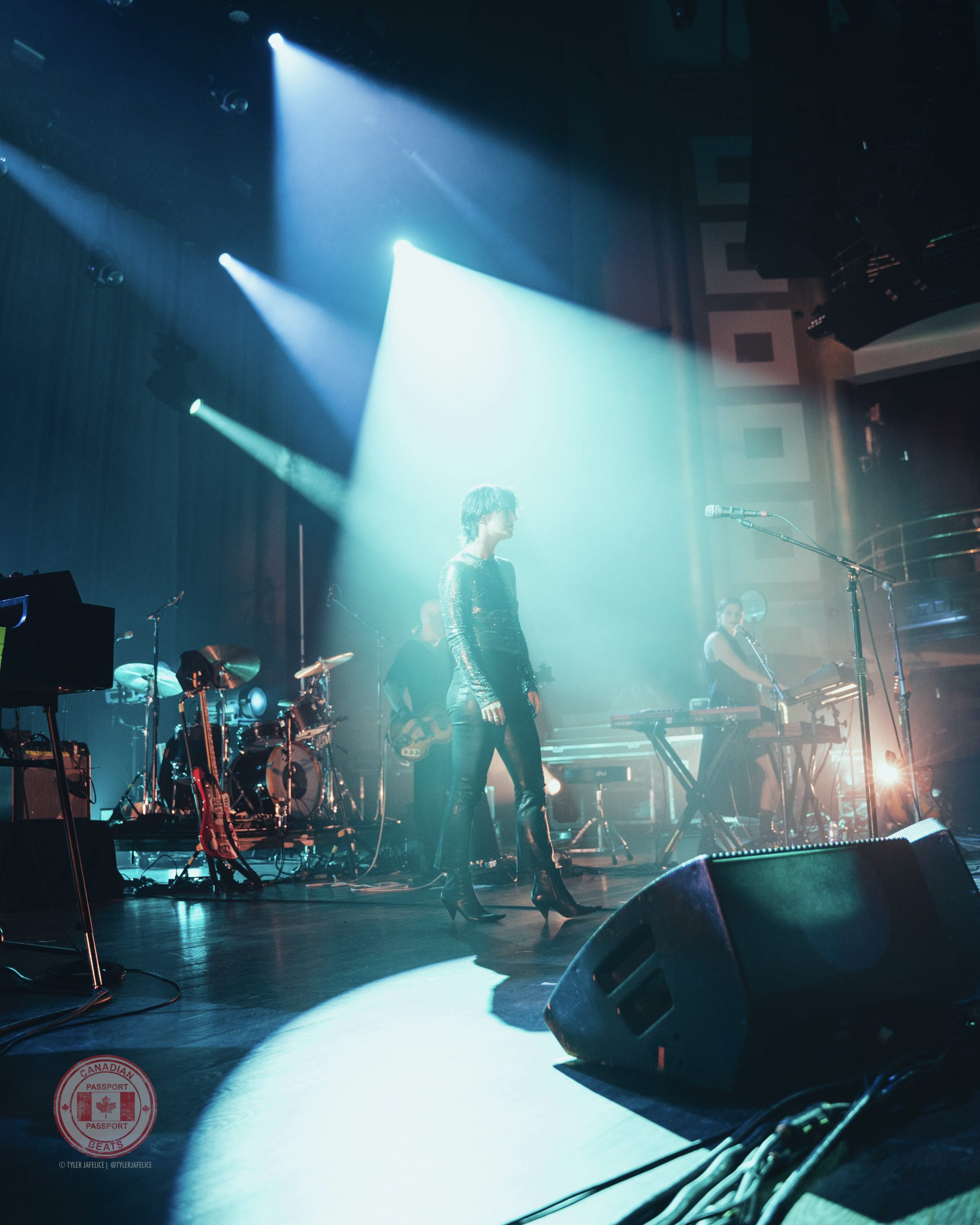 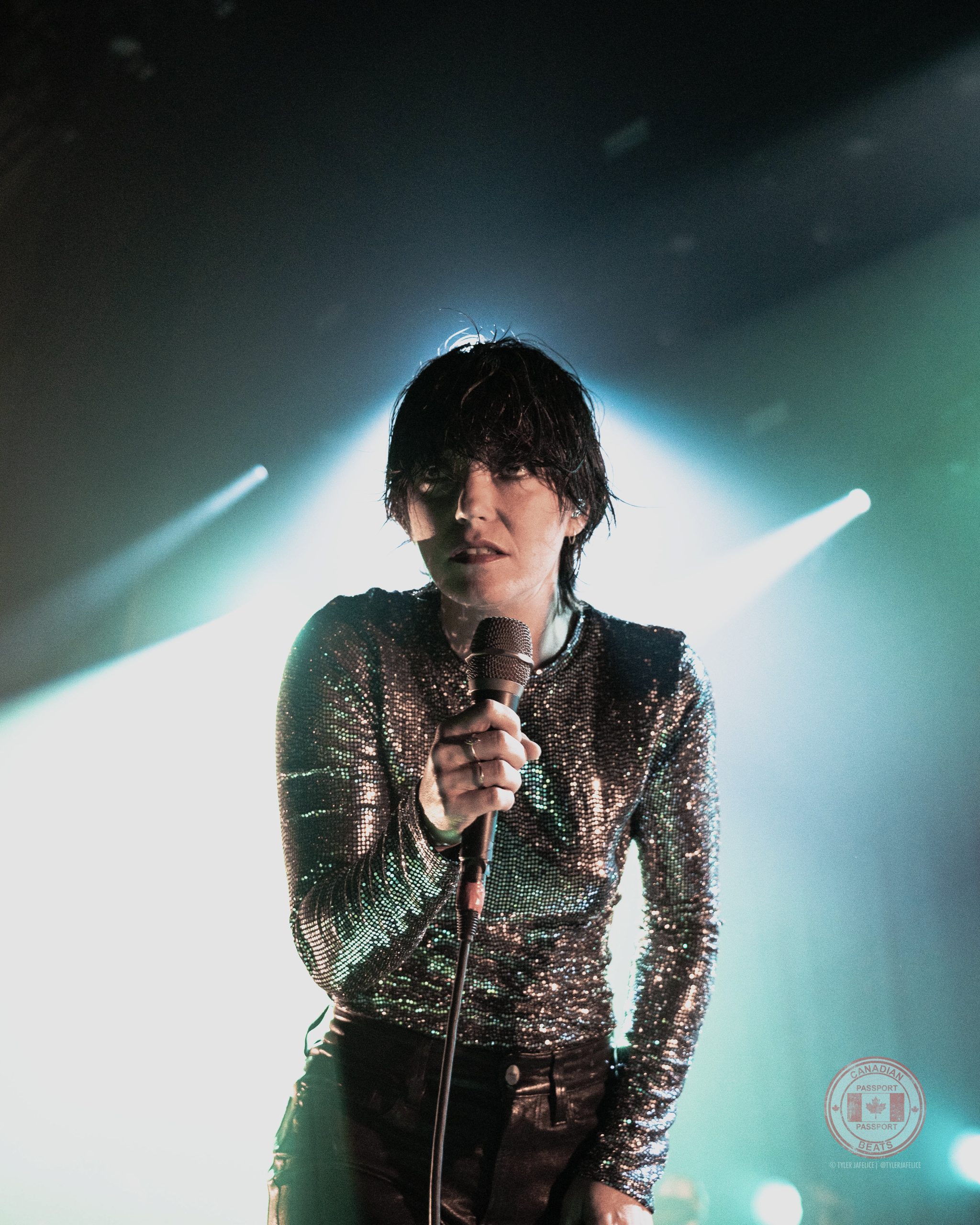 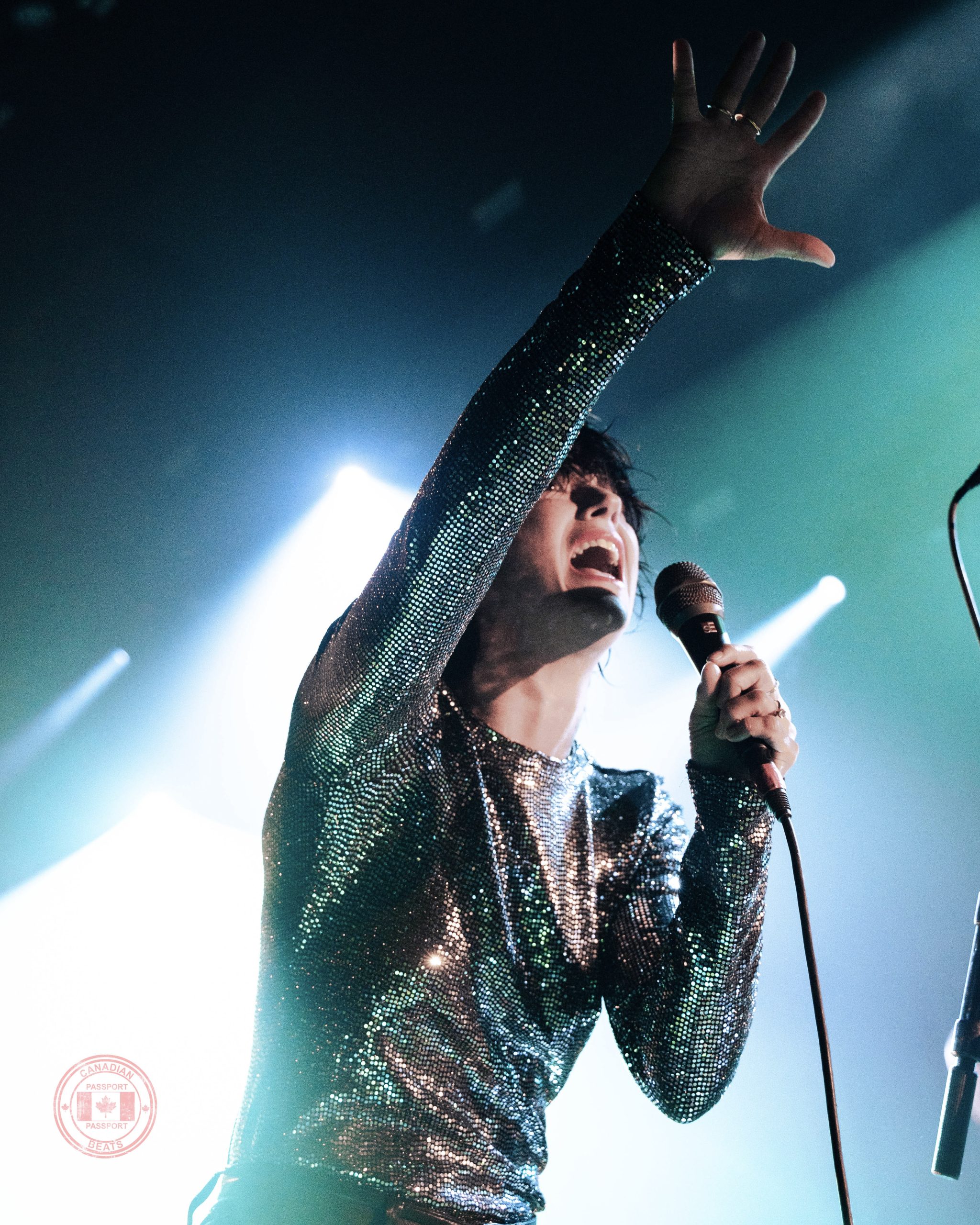 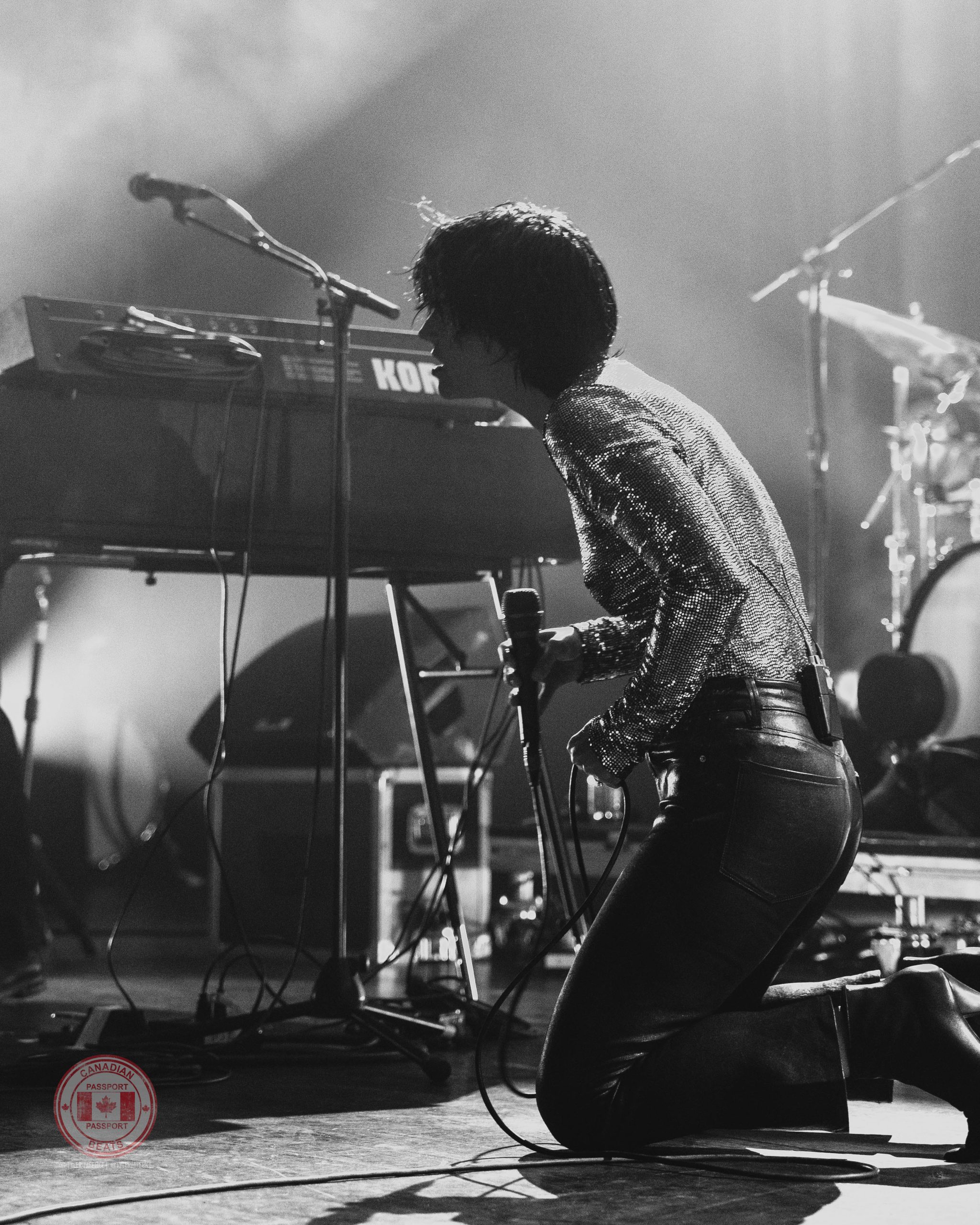 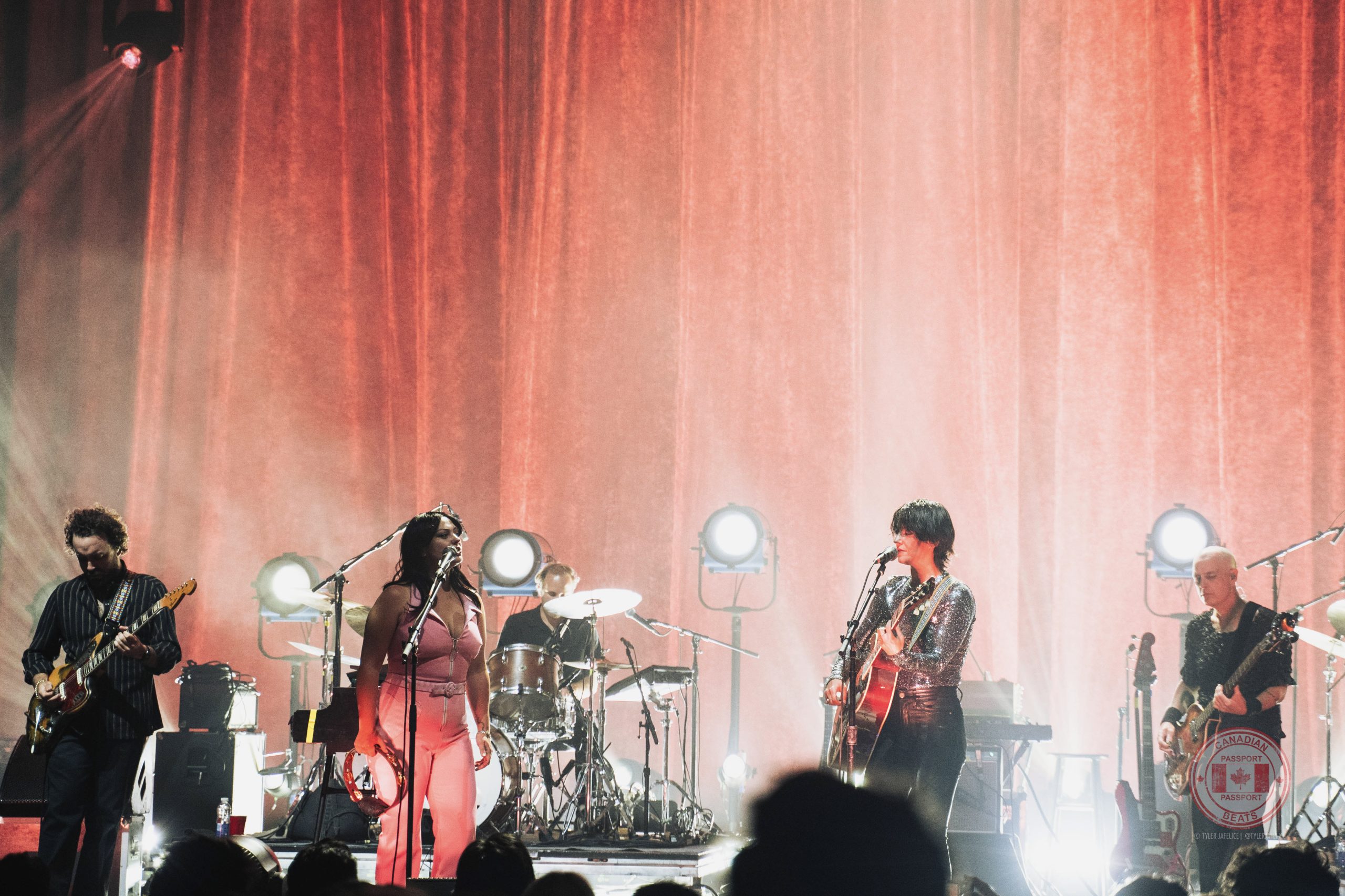 For more photos from the Sharon Von Etten show, head to our Facebook page!