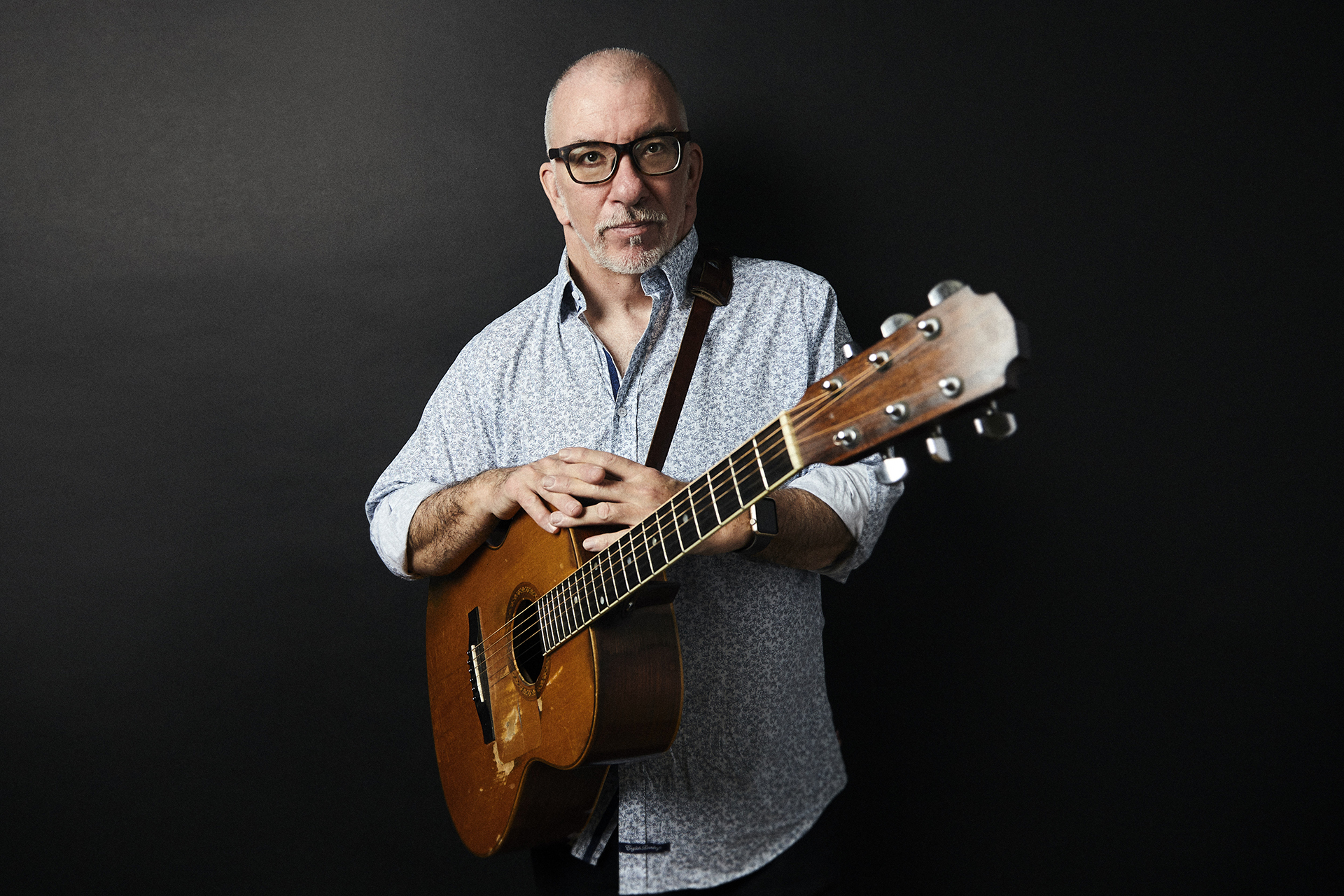 To support the record, James is performing a series of album release shows in Ontario and Alberta, beginning September 22nd at the National Arts Centre in Ottawa.

These shows will be a celebration of the new record, and James is bringing the expert players from the album on tour with him. For the NAC show, James will be joined by Bob Stagg on piano, David Woodhead on bass, and Bill Garrett on guitar. For the London show, David and Bill will join James, and for the Alberta and Kitchener shows, it will be James and David.

Listen to Second Hand below, and learn more about James Keelaghan via our mini-interview.

I’m James Keelaghan, a singer-songwriter who currently lives in Perth, Ontario. I’m originally from Calgary, and I have been doing this as my full-time job for over 35 years. I am a Juno award winner and nominee and a Canadian Folk Music Award winner and nominee. I’m a father to two young lads, 16 and 12, presently.

You have unveiled your album, Second Hand. What can you tell us about the creative process behind the release?

Like a lot of people during the pandemic, I was trying to do everything I could from home. It just made it clear to me that for recording, I need the vibe of a studio. There is a lot of creative work that gets done when people share a space. It’s easier to get momentum and ideas. Hearing it all in real-time and being able to correct and arrange it in real time is part of that creative spark. There is a vast difference between recording drums and bass by remote and actually having the players sitting in the same room together. The bass pushes here, the drum pulls there–the players spark one another.

It also spurs rewrites, changes in how you sing things, and changes in the arrangements.

My writing process is very concentrated and often happens in the small hours of the morning, between 1 and 4. I love the stillness and quiet of the world in those hours.

You worked with various artists on co-writes for this release, such as Catherine MacLellan, Lynn Miles, J.D. Edwards, Cara Luft, and Dave Gunning. How were these experiences?

The experiences were great! A lot of that writing was done under the aegis of the Celtic Colours songwriter’s house project. It’s a very concentrated time-six days to produce two new sets of material– with five other writers in a hermit-like setting. Every writer has a different process and approach, and I feel like every individual session with Catherine or Dave or any of the others taught me new skills and tricks- like the fact that Lynn writes the title first and works from there, which is a great way to concentrate the mind.

You are set to play a series of shows in support of Second-Hand in Ontario and Alberta. Explain your live performance in ten words or less.

Finely crafted stories sung by a voice strong as an oak.

Well, I’ll continue touring, and over the winter, there will be a couple of themed live streams along the lines of the month of Sunday’s show I did last February. I am also the artistic director of two festivals in Ontario–Stewart Park in Perth and Summerfolk in Owen Sound, so I will be booking and programming those. I also lead music tours of Ireland, and the next one is scheduled for October 11-21 next year. In between all that, I will be home doing domestic things. Somewhere in there, I’d like to take a vacation!

Tickets to all shows are on sale now at keelaghan.com