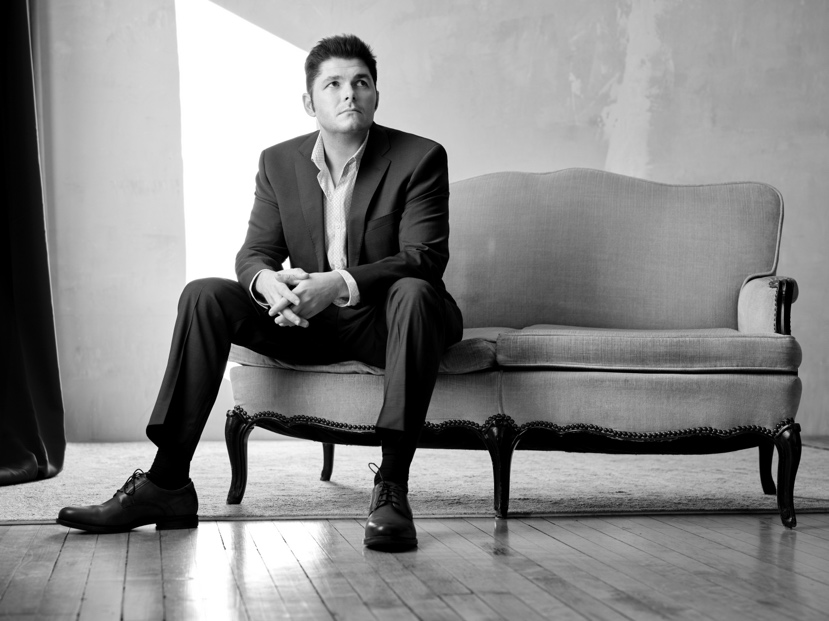 André Bisson is in a Total Funk with “Missing You”

It’s a sad symptom of the human condition. Sometimes we just don’t realize what we really have until it’s gone. This cornerstone component of the blues gives award-winning singer-songwriter André Bisson the foundation for his funky, driving new single, “Missing You.”

The first taste of the Hamilton-based, internationally touring artist’s ninth album, The Ballad of Lucy Stone, due out September 30, “Missing You” emphatically checks all the boxes of a killer, scathing blues track with a funkified soul. Bisson’s guitar is meaty and rhythmic, and his voice is primed with emotion and gravelly heartache. The horn section jumps in with searing melodic fills and the super tight rhythm section solidly ushers the whole song along at a pace guaranteed to inspire maximum groove.

“”Missing You” is about a man who has talked his way out of a good relationship and hopes that it’s not too late to fix it,” says the 2022 Hamilton Arts Award nominee. “There is a revelation that becomes clear: it’s not who we can live with but instead who we can’t live without.”

We’d all like to avoid having them, but regrets are definitely the fuel that drives “Missing You” and makes the song universally relatable.

“Sometimes all the little changes that are asked of us are for our own benefit, to improve our own quality of life,” explains Bisson. “Sometimes it takes being deprived of that to realize just how truly special our relationship is. The hope is that this epiphany is realized before it’s too late.”

“Missing You” is the first introduction to Bisson’s new album, The Ballad of Lucy Stone, set for release on September 30. This is the Bruce Mines, Ontario-born, Hamilton-based singer-songwriter’s 9th album release since 2009. That’s a staggering average of a new album every 18 months for the past 13 years from this prolific singer-songwriter and a tireless live player. And all that hard work is delivered.

Over those 13 years, Bisson has gained notoriety with awards such as Hamilton Blues Awards’ “Male Vocalist of the Year,” “Song of the Year” from Blues and Roots Radio, and he’s been nominated for four Hamilton Arts Awards. He was also selected by the Grand River Blues Society to compete at the International Blues Challenge in Memphis, Tennessee.

The Ballad of Lucy Stone is a tribute of sorts to a real, historic figure and builds its theme inspired by her story. Lucy Stone (1818 – 1893) was a women’s rights activist in mid-19th century Massachusetts. Stone was the first woman in the State to earn a college degree and became a vocal advocate and organizer for the women’s suffrage movement, which eventually led to passing the 19th amendment, which granted women the right to vote in the U.S.

“The story of Lucy Stone reflects the theme of this album,” notes Bisson. “The road to change may be difficult, but many things worth doing often are. We must not avoid the obstacles in our lives but instead face them head on. Fear is only a reminder that we are working towards something worth fighting for.”

Watch the video for “Missing You” below, and learn more about André Bisson via our mini-interview.

My Name is André Bisson. I am a singer/songwriter/arranger of the André Bisson Band. I have been playing music for over 20 years. I grew up in a small town in Northern Ontario called Bruce Mines. After high school, I moved to Hamilton to study music at Mohawk College and have lived in Hamilton ever since.

Hamilton is a great place to be a musician. There is a very diverse range of musical styles and artists who blend genres and always keep the music unique and interesting. Living in a city with so many high-quality musicians allows me to watch, learn, and study from the best. This motivates me to reach higher levels in my music, like the artists around me. It makes me a better musician.

Who and what got you into blues music?

In high school, I was introduced to the music of Otis Redding and Wilson Pickett. They were both on the Stax label. From there, I did a deep dive into all the music from Stax and came across the album “Born Under a Bad Sign” by Albert King. The songs and horn arrangements blew me away.

The first artist to have a major impact on me was Elvis. I loved listening to the old Sun Records recordings. They were so raw and full of energy.

Burton Cummings: Up Close and Alone. One voice, one piano, and an album full of amazing songwriting.