Home / Interviews / Whispers In The Maze – Five Questions With

Whispers In The Maze – Five Questions With 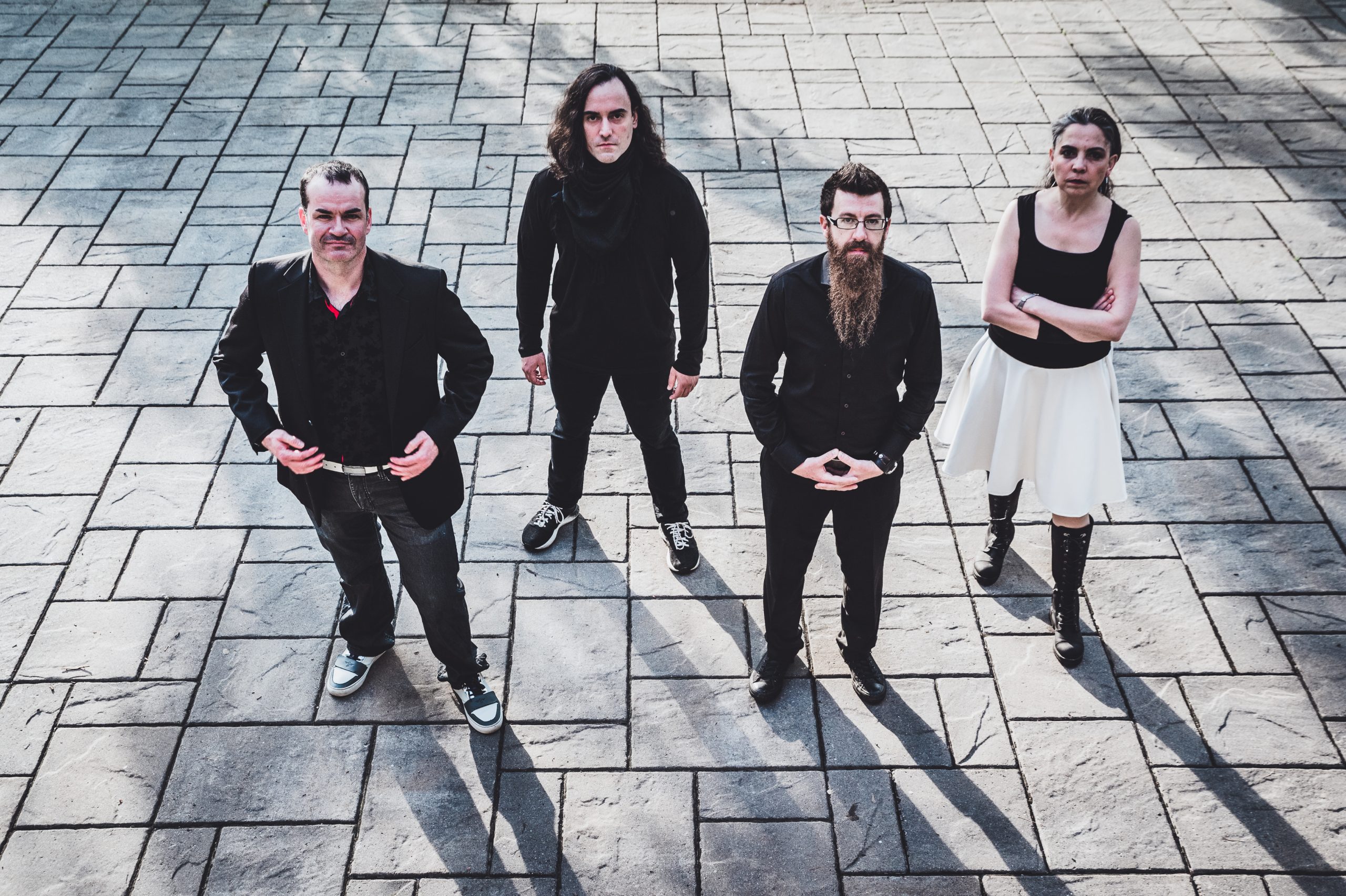 Canada’s Whispers In The Maze recently unveiled their creepy-crawly new video for their single, “Poisoning Imagination,” a visual representation of the song’s main theme, anxiety.

The song is presented from the view of anxiety itself, personified as some kind of imaginary enemy. The music is a mix of classic and modern melodic death supported by melodic fretless bass lines and a layer of extreme vocals overlapping death and black metal territories. Rhythmically, the song alternates between blistering verses and groovy choruses and transitions. The band explains further:

“This song is about a losing battle against anxiety. The song’s title reflects this idea of self-inflicted harm. It’s probably our most energetic starting song, and we especially like that the vocals start right away. The album contains some of the old songs we have not recorded before, as well as a new song that was written by the current lineup. It shows the evolution of our sound and the diversity of our musical input. After a long break of live shows, even a period of no rehearsals due to the pandemic, we are thrilled to come back with something to share with our fans, both old and new.”

​”Poisoning Imagination” is off the band’s recently released EP Stories Untold: Chapter 1. All of the four tracks have their own vibe but work together as a whole. The band hopes people will hear parts that speak to them as a listener and get taken away by the melodies, guitar harmonies, breakdowns, tempo, rhythmic shifts, and of course, their own voices.

Watch the video for “Poisoning Imagination” below, and find out more about Whispers In The Maze via our Five Questions With segment.

Emine: We are Whispers In The Maze, a melodic metal band from Ottawa/Gatineau area. We have been around since 2015. We recently released a new EP and a video (that will make your skin crawl) that we hope you will check out!

Ben: Stories Untold: Chapter I is a melodic death metal record with an emphasis on melodies. It has elements of black and doom sprinkled here and there and two vocalists that bring a range of different vocal styles. Lyrically, Stories Untold is introspective, with our inner voices doing most of the talking.

As implied in the title, Stories Untold: Chapter I is mostly a collection of older songs written by previous line-ups of Whispers In The Maze. For example, the track Ink is a re-recording of the first demo we ever put out. The exception would be Poisoning Imagination, which was composed more recently by the band in its present form. Chapter I also implies the existence of Chapter II, which is still in the works at this time. We decided to split Stories Untold into two halves so we could release new material sooner rather than later.

Emine: Our writing process is based on full collaboration. So the inspiration can come from within or from something that another member plays. Sometimes we jam stuff at the jam space, but mostly we do our homework at home. We use Guitar Pro to tab our lines, and we pay attention to what everyone is
playing when we are writing our own stuff to make the whole sound better.

Emine: At the moment, we are mainly focusing on our second EP. There are a few shows that are work-in-progress, but nothing set to stone yet. Do follow our Facebook page if you would like to learn when we are playing next!

Emine: We are currently working on our next EP: Stories Untold: Chapter II. We already played a couple of the songs that will be part of it live, but the other two will be brand new!