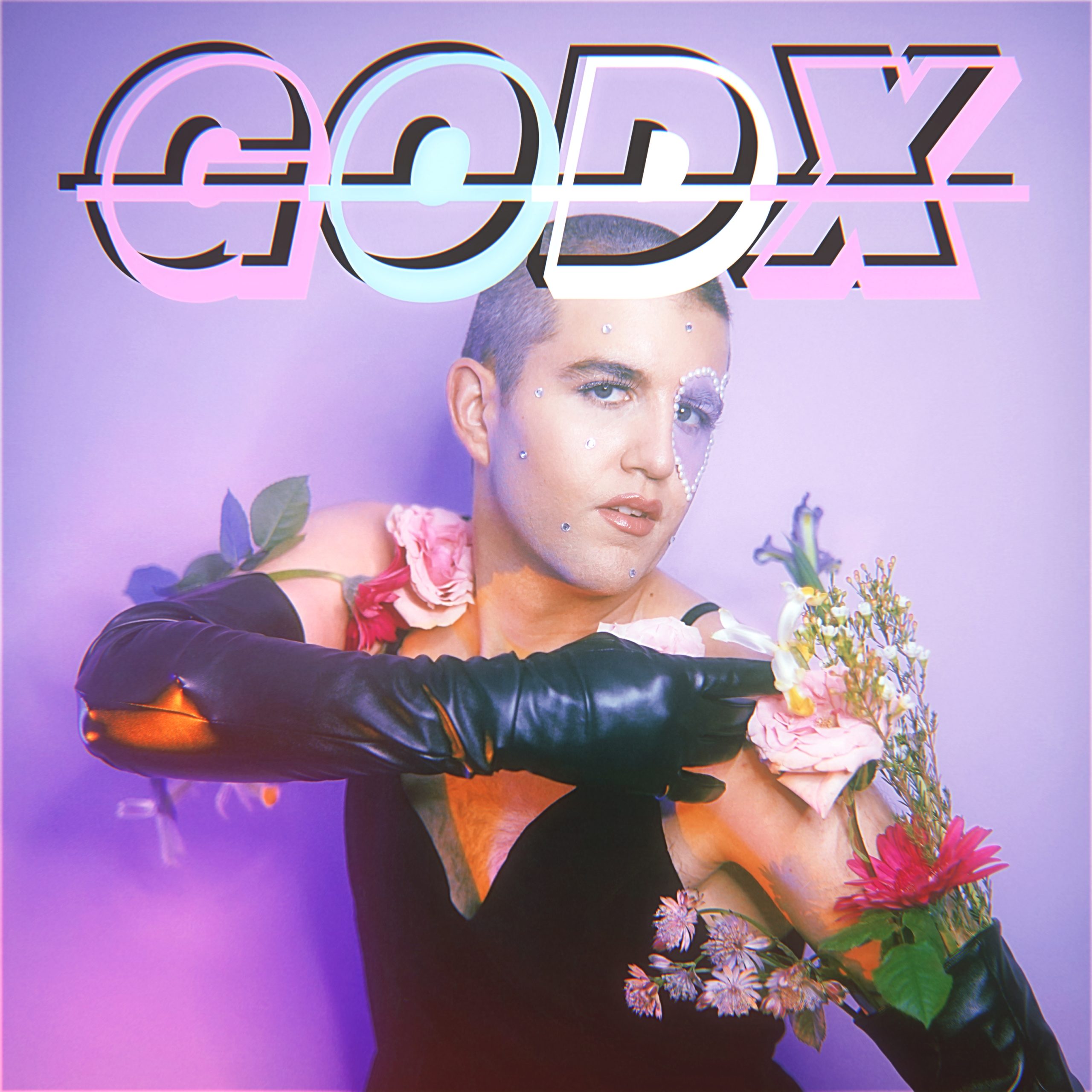 Gender is a construct cobbled together by a multitude of influences over the millennia, but our concept of a deity, or deities, has certainly had a significant impact. Ottawa-based pop artist Lady Charles tackles religion’s influence on gender and the LGBTQ+ community in the lighthearted, dance-heavy banger “Godx.”

Synth-y and steeped in the ’80s in the best possible way, “Godx” boasts a bubbly groove and a fierce-but-whimsical bassline.

“I wanted to write a song about gender that touches on issues like how colonialism enforced the gender binary and how LGBTQ+ people have historically been excluded from religious life,” Lady Charles said. “I did not, however, want to create something too serious or overt, and instead wanted to create a silly pop song you could dance to that would still feature those themes beneath the surface.”

With the use of the term “Godx,” Lady Charles imagines a genderless or multi-gendered deity who wears a fabulous bodice of gold and onyx and has the backs of all people without any trace of the usual judgement:

Get down, the Godx has a plan
And if you don’t know, you’ll find out in the end
The Godx is with you when you sing this song
So worship by dancing and singing along

“Godx,” and the rest of their forthcoming album Manic Pixie Dream World, came about as the result of the pandemic.

“The beginning of the pandemic was a reckoning for me, unsure of whether I wanted to continue in music,” they said. “It became clear to me however, that I would need to stop trying to fit in with the masculine rock image that was big in Canada and be unapologetically myself – genderfluid, genre-fluid, and exploring every wild musical and aesthetic tangent that I wanted rather than chasing what I felt others would want.”

A big part of this reckoning came about when Lady Charles posted their song “Manic Pixie Dream Boy” on a discord channel dedicated to the ‘90s band of Montreal, and frontperson Kevin Barnes themself responded with enthusiasm.

“My idols didn’t hold back, and neither do I now,” Lady Charles said, “and Godx is partly a celebration of that new freedom.”

Lady Charles was even able to recruit producer/engineer/mixer Erin Tonkon, who had worked on David Bowie’s Blackstar, for the project.

“Erin told me her musical point of reference for the mix was ‘of Montreal covering Prince’s ‘Let’s Go Crazy,’ Lady Charles said. “Her mix made the song come alive, making the ’80’s musical references become explicit and sound authentic.”

Listen to “Godx” below, and learn more about Lady Charles via our mini-interview.

Ottawa isn’t a huge music city, but there’s a tight-knit music scene where everyone knows each other, and there are some very talented artists. There’s a bit of an underdog vibe being between the two biggest cities in the country yet having the image of a boring government town. When an artist from here does find success, like Hollerado, they become local legends.

Who and what got you into synth music?

I’ve always had an obsessive personality around music, and when I was younger, I was really into David Bowie. When I heard his first collaboration with Brian Eno – Low – I played it on my boombox every night after school for a month (no idea how my parents tolerated that). I was not a popular kid, and I got teased a fair bit, so music was my escape. I found records like Low and Diamond Dogs were so expansive and intricate in how the sound was layered it felt like I really could escape into them. There was something so organic and human in the synth sounds on those records. To this day, I strive to find that balance when I work with synthesizers. I consumed everything I could find that was related – Kraftwerk, Wire, Wendy Carlos, Scott Walker, Jean Michelle Jarre, Roxy Music, UNKLE, Radiohead, Phantogram – whoever got mentioned in the same breath became my next soulseek search!

I heard David Bowie’s “Changes” on the radio at eight years old, and it blew me away. I’d never had such an emotional reaction to a song; I found his greatest hits in my parent’s CD collection and played it until it was too scratched to function. Next thing you know, I’m asking for piano lessons. It started the chain reaction that led me to where I am now, working with some of the same people that he worked with and making my own little 70’s art rock epics.

Nyssa’s Champion of Love EP is criminally underrated. The lyrics are powerful poetry in the best Canadian folk tradition and project an easy cool like early Springsteen or Patti Smith. The music is drop-dead catchy synthpop as if ABBA and Talk Talk formed a supergroup. Her voice is powerful, deep, and very dramatic. She has other good albums, but this one really distills all the things I love about her music.

I can’t resist listing some runners-up, though: L’étoile Thoracique by Klo Pelgag; My Flag is a Burning Rag of Love by Petra Glynt; Hope in Dirt City by Cadence Weapon; Knives Don’t Have Your Back by Emily Haines; I Lie Here Buried With My Rings and Dresses by Backxwash; Kind by Thanya Iyer; Billy Talent I; Trompe L’Oeuil by Malajube; No Cities Left by the Dears; Live Rust by Neil Young; Record in a Bag by Hollerado… it’s like picking which of my pet rats I love the most.