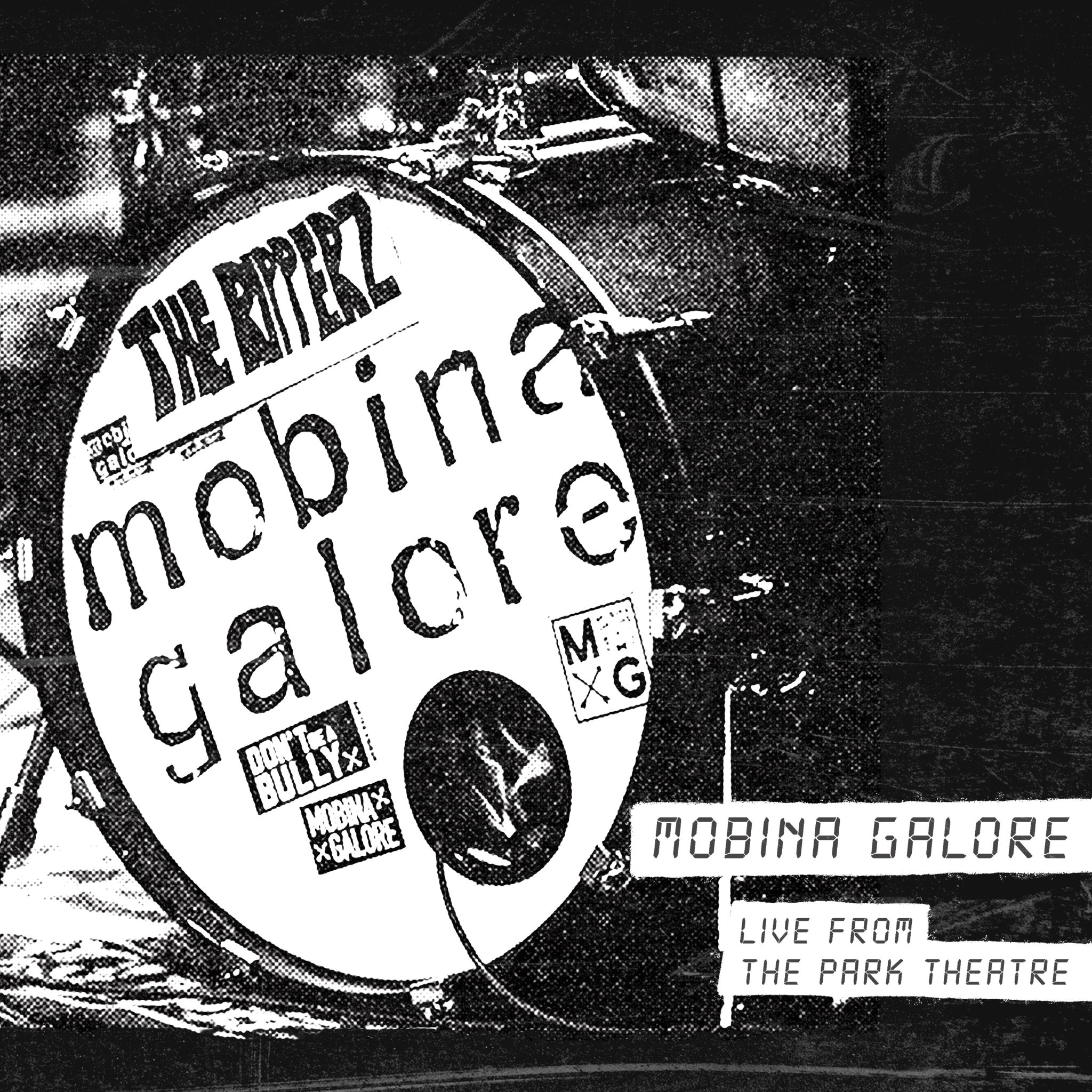 Winnipeg punk duo Mobina Galore was formed in 2011. Since then, Jenna Priestner (guitar/vocals) and drummer Marcia Hanson (drums/vocals) have cut their teeth on an approach to music that operates without fluff.

As part of the most recent generation of artists invested in retrofitting the genre with new narratives, Mobina Galore have weaponized their outsider attitude into explosive punk that demands attention on the band’s own terms. By building a catalogue of expertly-executed songs, they’re challenging the industry’s entrenched shortcomings by flipping the stereotype of “overly emotional women” on its head and instead turning it into their battle axe.

In the summer of 2020, while everything was shut down due to the pandemic, Winnipeg offered a small window where indoor venues could put on extremely limited capacity, fully seated shows. Along with their local best buds, The Ripperz, Mobina Galore decided to throw a fundraiser show for the Park Theatre, who, like so many of us, were going through a tough time. It turned into two sold-out nights in a row, with both sets pressed to spin at 33 RPMs to create Live from the Park Theatre.

Listen to Live from the Park Theatre below, and find out more about Mobina Galore via our Five Questions With segment.

Hey, I’m Jenna. I’m the singer and guitarist in the Winnipeg-based punk duo Mobina Galore. Coming at you from the back seat of the van in Southern Ontario.

‘Live from the Park Theatre’ is our first live record following three studio albums. It was released Sep 2022 but was recorded in July 2020. There was a small window in Winnipeg during lockdown where venues could host limited capacity seated shows so us and our friends The Ripperz put on two sold-out shows at our favourite Winnipeg venue, The Park Theatre, and donated all the proceeds from the show to the venue. We figured, “why not record these two shows and see if we can make anything of it.” Turns out we were able to make a full live album, and we’re super stoked on how it turned out! It gives listeners a true vibe of what we sound like live from the comforts of the turntable.

I pull inspiration from what’s going on in my life and the people around me. Generally, extremes lend well to my songwriting, usually on the sad or angry side. Other songwriters also give me a lot of inspiration, from folk music to pop music to punk music. I like to pull bits and pieces from all the genres I listen to most and combine them into my own sound.

At the time of writing this, we are on tour with Laura Jane Grace (Against Me!) across Canada, then in October, we head to Germany for a headline tour. 2023 is shaping up well for us with a date at Manchester Punk Festival in the UK, which has hosted some kick-ass punk bands over the years. There’s always stuff on the go, so just follow us online, and you’ll hear all about it!

To have a good time, sing some songs, get some miles on the van and sell a ton of merch! Oh, and to really get down to writing our next album. Is that too much for it already being September? That’s kind of how I roll, put a bunch of things on the list and just go through it.