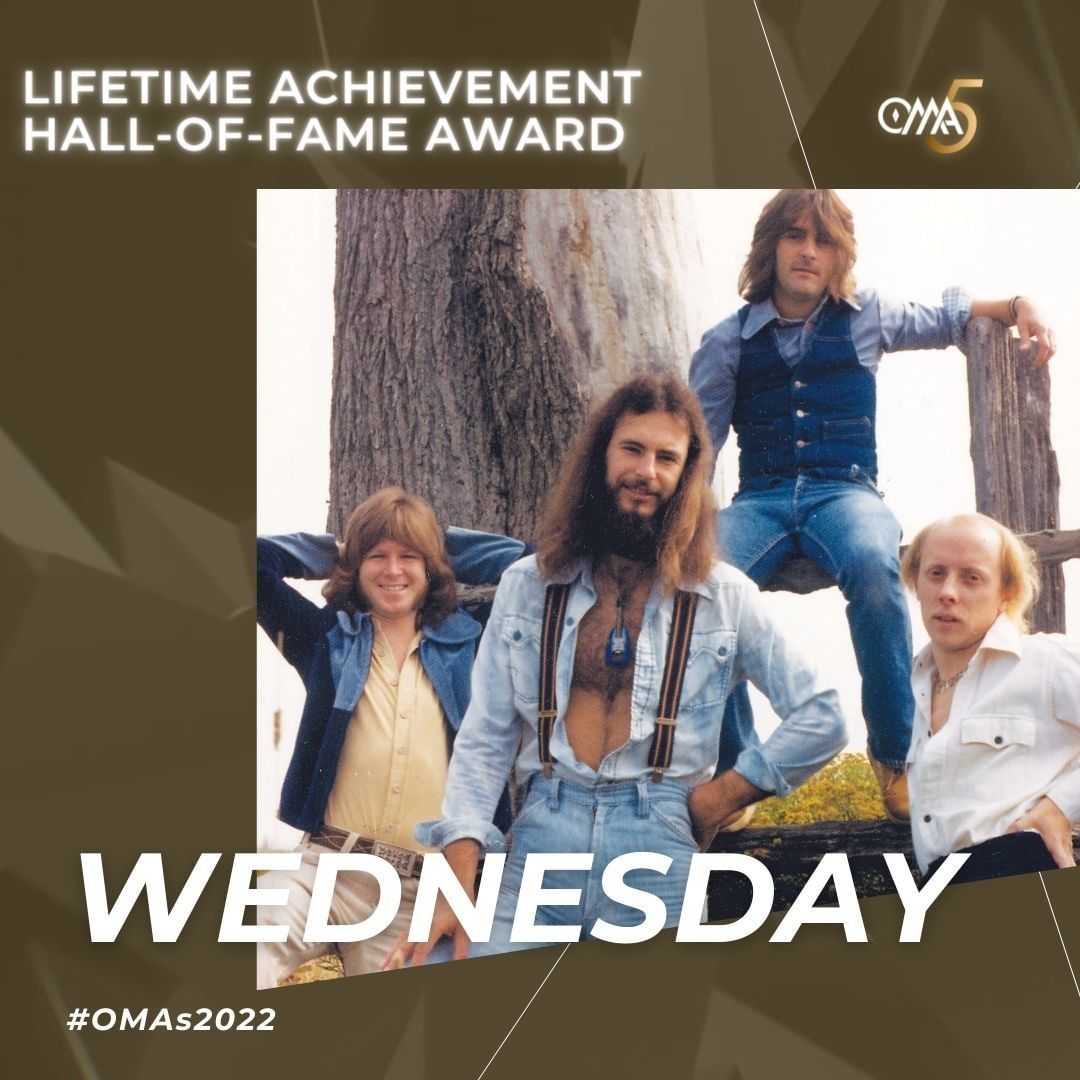 Award-winning, JUNO-nominated, Oshawa-native group Wednesday is set to be named a Lifetime Achievement and Hall of Fame Award recipient at this year’s Oshawa Music Awards – The OMAs.

A chance meeting in Oshawa in July 1967 of Paul Andrew Smith and Randy Begg set the seed that became Wednesday. Randy and Paul spent the summer hanging out, playing impromptu concerts at local Oshawa parks and drop-in centres until meeting up with Mike O’Neil and John Dufek. The Cellophane Spoon was formed and managed by John Hall until 1971, when the task was taken over by Bill Diel, a former keyboardist with Ronnie Hawkins and Fats Domino. In 1970 the name was changed to Wednesday with the release of their first single, “Hang On Girl,” recorded in Toronto and produced by John Driscoll, and released on Ampex Records.

In 1972, the band recorded the Wayne Cochran song “Last Kiss” at Toronto’s Manta Sound Studios, engineered by Lee DeCarlo (Lennon’s “Double Fantasy,” Aerosmith). The single was soon picked up by local radio stations. CFTR-AM played it immediately and indefinitely. Influential 1050 CHUM-AM jumped on the track, and the song went to No.2, giving way to an avalanche of Canadian radio support. The song reached the number one position on Billboard’s Canadian chart and stayed there for six weeks, earning them an ‘RPM Maple Leaf Award’ (the precursor of the JUNO), a Gold Record in 1973, and was nominated for several Junos.

A debut album was cut in 1974 at Manta Sound, Toronto, and furnished Wednesday with a second hit, “Teen Angel” (1974) reaching No.15 on Canadian charts. In 1976 Wednesday released their second album Loving You Baby, which topped at No.17. The album went on to produce four more charted hits which included “Doin’ The Best That I Can.”

Tickets are available at www.TheOMAs5.eventbrite.com