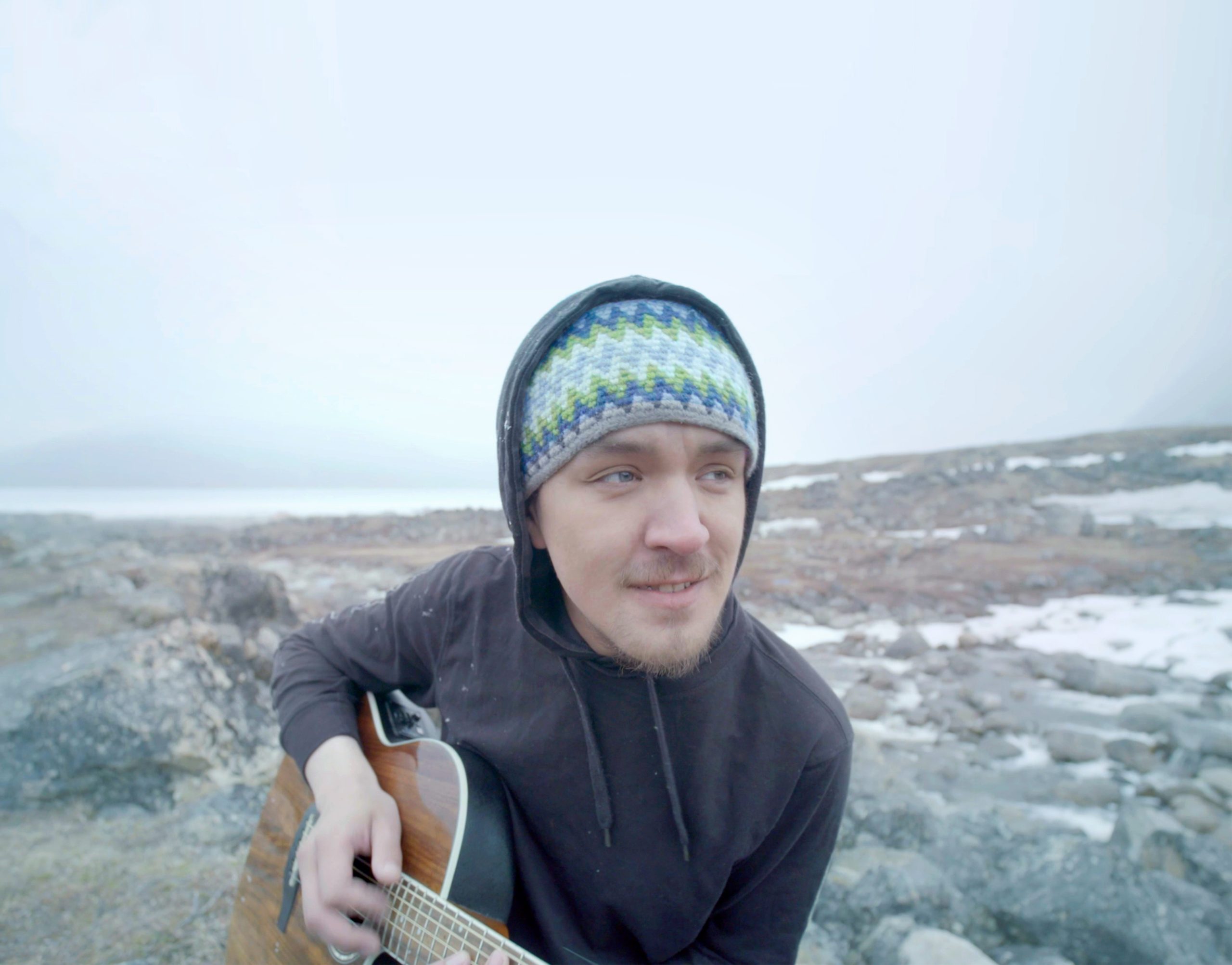 Joey Nowyuk Looks Back To The Past With “Inuugama” Covers Album

From the lush geographic tapestries of Pangnirtung, Nunavut comes chart-topping, award-winning rock singer/songwriter Joey Nowyuk with his interpretation of a legendary Rankin Inlet artist with the riveting new single “Tappaani.”

Performed in his native language Inuktitut, heartthrob Joey Nowyuk’s spell-binding rendition appears on his kinetic new covers album, Inuugama. The album title translates to “I am Inuk” and is a sonic celebration of Nowyuk’s Inuit culture and language.

“Tappaani” is a meditative musical experience that continues to establish the rest of the album as a homage to popular Inuit music. The single is a stylish take on Ishmael Naulalik’s classic song with rhythmic sophistication, Inuktitut lyrics, and compelling guitar work that breathes new life into the original recording.

Joey Nowyuk follows up his award-winning debut album, Tumitit (meaning “your footprints” in English), with the highly anticipated collection of culturally essential covers paying tribute to his Inuit and Indigenous musical inspirations, Inuugama.

The album was recorded at the Hitmakerz Compound in Ottawa, Ontario, under the astute guidance of producer Dale Penner (Nickelback, The Matthew Good Band) and executive producer Thor Simonsen (Kelly Fraser, Shauna Seeteenak, Angela Amarualik).  All of the Inuit throat singing on the album was performed by Qattuu; an emerging solo artist and member of the multi-JUNO Award nominated group Silla and Rise.

Channelling his indie rock and alternative pop roots, Joey Nowyuk harnesses the sound of Plain White T’s, Goo Goo Dolls, John Mayer, One Republic, and Snow Patrol and effortlessly interweaves them with his confident, rewarding songs. The first Canadian performance of songs on Inuugama will be at the Folk on the Rocks festival in Yellowknife this summer.

Joey Nowyuk began his songwriting career at a young age telling the stories of his Inuk upbringing and bringing attention to the harshness of living in the North and the mental health struggles that persist in those communities.

His debut album, Tumitit, produced two songs, “Nalligigakku (Because I Love Her)” and “Pray (Tussiaq),” that rose to #1 on the Indigenous Music Countdown.

Notable achievements in Nowyuk’s blossoming music career include being a three-time winner of the Qilaut songwriting contest and an Indigenous Music Award winner. Nowyuk now celebrates his latest release as a love letter to the richness of Inuit culture with the intent of spreading his messages of positivity and resilience to audiences worldwide.

Listen to the calming power ballad “Tappaani” from the eclectic cover album, Inuugama below and stay up to date with Joey Nowyuk via his socials.