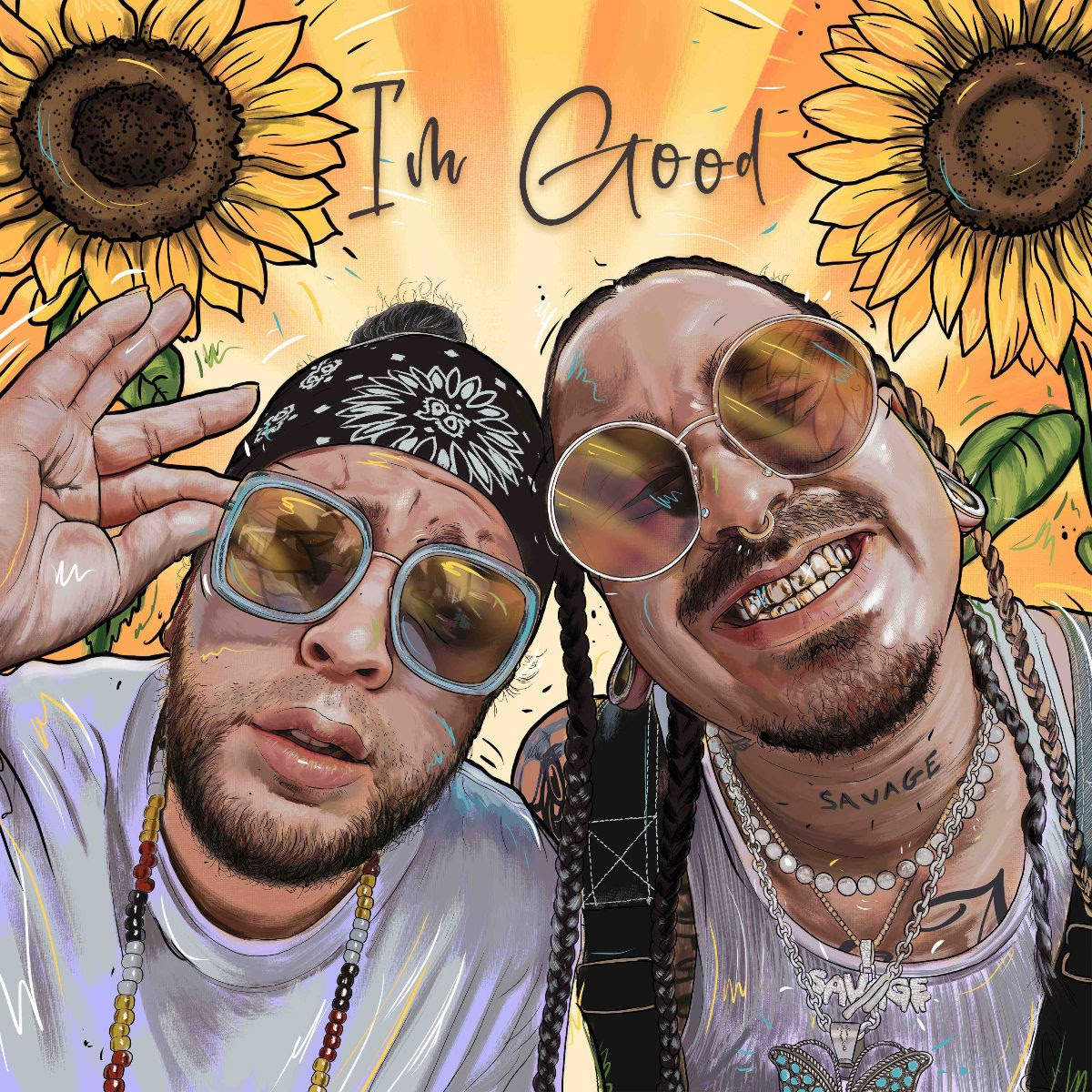 Since releasing Life After – their monumental 2021 record, which earned the band Album of the Year at the 2022 Indie Awards, a Contemporary Indigenous Artist/Group of the Year nod at the 2022 JUNO Awards, three 2022 Western Canadian Music Award nominations, and a coveted spot on the current Polaris Music Prize Short List (their third time to appear on the list) – Snotty Nose Rez Kids have been able to shed a lot of the heaviness they were carrying into that album, and have emerged more confident than ever. Finally able to hit the road again and do what they do best – perform on stage – the duo has found new energy and is eagerly anticipating their next musical phase.

That begins today with the release of their brand new single, I’M GOOD. Undeniably confident in its message, Yung Trybez and Young D take turns running the gamut of haters and distractions, pushing them off with lyrical dexterity. Clever references to Kyrie Irving, James Harden, Kenny vs. Spenny, and Scottie Pippen, are juxtaposed with heavier statements like Yung Trybez’s line, “my pops got over cancer, see. Who are you to cancel me?” indicating that there are more important things to focus on. I’M GOOD is a call for anyone to focus on themselves rather than others; do you; don’t talk about it; show them I’M GOOD.

“We spent our last album working through the darker times we experienced,” reflects Young D. “It was important for our new music to be positive and to show our fans that we needed Life After to talk about our experiences in 2020/2021, but that we’re back touring, traveling the world, making new music, and ultimately, we’re good!”

“We had to link with producer, KYRIGO, again for this one,” adds Yung Trybez. “He killed it on Uncle Rico and we love his work. He brought the energy we needed for this track.”

Fans will get to experience I’M GOOD live, as SNRK embark on their Sink or Swim Tour, which will see them hitting venues across the U.S. and Canada through the rest of the year. The duo will be making Canadian stops in New Westminster, BC, on September 10, Victoria, BC, on November 30, and Toronto, ON, on December 10. They are also set to perform at the Polaris Music Prize Gala on September 19 at The Carlu in Toronto, where they are one of the ten acts vying for the designation of best Canadian album of 2022 for Life After. Full tour details can be found below.