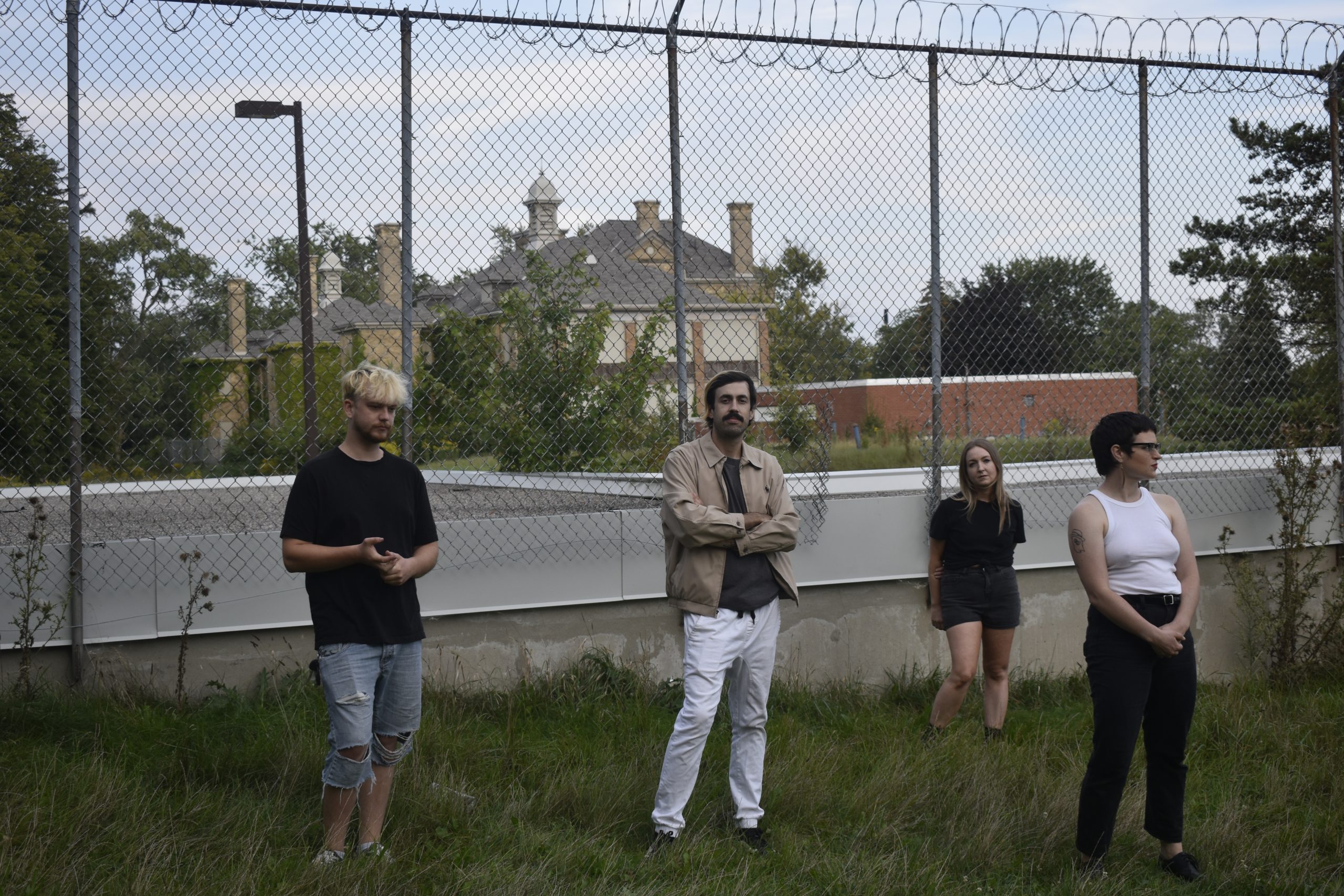 MVLL CRIMES to release their album, YOU EMBVRRVSS ME, on September 9, 2022

London, ON’s up-and-coming band, MVLL CRIMES, is set to unveil their album, YOU EMBVRRVSS ME, on September 9, 2022. Pre-order here.

The band has already unveiled three singles, “Checkin Out,” “Vrguing with Stvngers,” and “Bootlicker’s Delight Reprisal.”

On release day, MVLL CRIMES will be celebrating the occasion with an exciting hometown show at Rum Runners in London, Ontario, with Casper Marcus, and in Toronto on September 17th at Handlebar. They will also be playing several dates across Ontario later this Fall, including a stint at Pop Montreal in October. See all dates below, with more to be announced soon! Tickets and info can be found HERE!

Listen to the newest single, “Checkin’ Out,” below, and find out more about MVLL CRIMES via our Five Questions With segment.

Care to introduce yourself to our readers

No, but I will announce myself: presenting Jill, vocalist of MVLL CRIMES, established in 2019, releasing the album YOU EMBVRRVSS ME on September 9th, year of our Dark Lord 666. MVLL CRIMES is a post-hardcore band, and even if they’re not, what are you going to do about it, tough guy? Jill has been called cringe before and is fully prepared to be called it again.

Tell us a bit about your upcoming release.

It was named after what should have been Dominic Toretto’s (Vin Diesel) catchphrase in the “Fast & the Furious” franchise. Dom only says it once in the first movie, and it’s such a wasted opportunity. We wanted to give this phrase the prominence it deserves, so we named our album after it. It’s like a Vaudeville bit whenever anyone asks us what our album is called, which was an unexpected surprise.

YOU EMBVRRVSS ME was mixed by Kyle Ashbourne at the Sugar Shack in London, Ontario. The reason it came out so well is that he mixed it with love. The same goes for Scott Middleton, who mastered it with love. Released by Cursed Blessings Records, a label that is truly doing the Dark Lord’s work.

I saw Amyl & the Sniffers in May, and vocalist Amy Taylor said something about how music was a way for her to express all the things that were hard for her to say. I don’t think I can give a better description than that. Basically, it’s a way of taking all those feelings of powerlessness and hopelessness and turning them into something that makes life a little more bearable. I also argue with people a lot on the internet and will sometimes read the comment section on my local news website. Only when I’m feeling too chipper, though.

Do you have any upcoming shows or festivals you’d like to tell us about – tell us what your favourite past festival was this summer and what you are looking forward to in the fall.

We are going to have a very busy fall, which is great because we all look great in fall colours 🙂

I would like to make some heavier music. I will love whatever my fellow CRIMINVLS come up with – I always do, pretty much – but I would like to make some faster, louder, angrier music. You know, if I can. I would also love to put out a split or two before our next big release. We had the pleasure of playing a few shows with this wonderful band called Haters from Brisbané, Australia. We also want to organize a tour.

A personal goal is to go to the Diefenbunker in Ottawa. It’s Canada’s only Cold War museum!