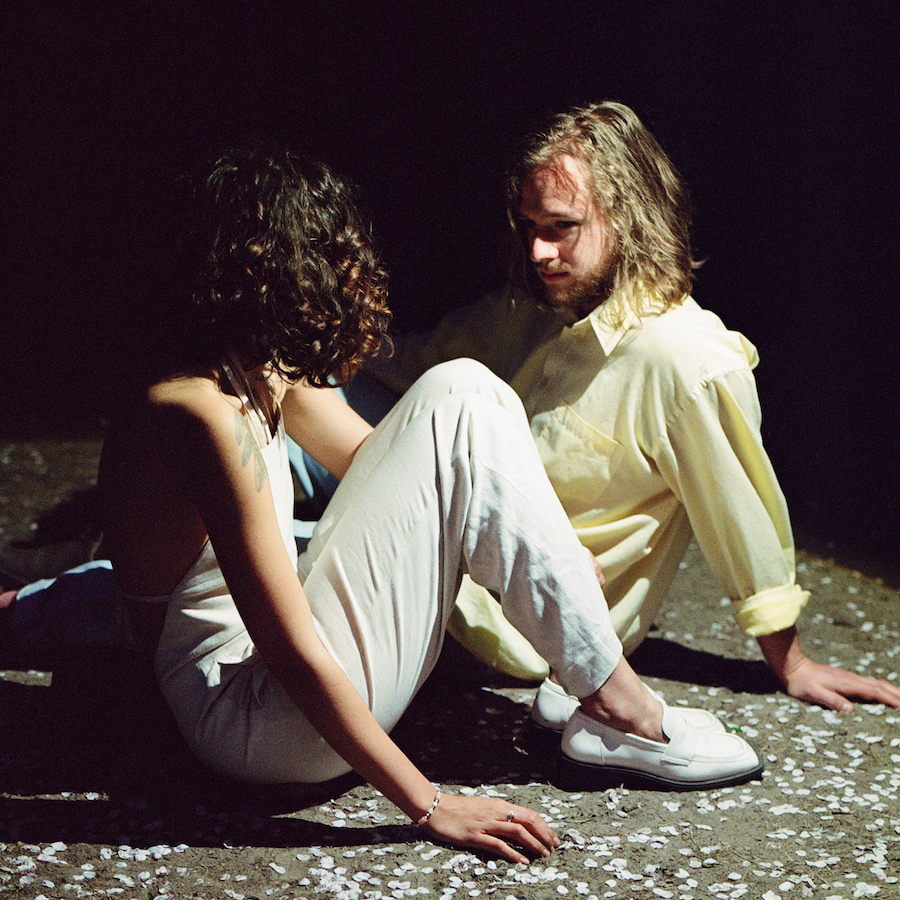 Basset shares on their new single, “Change of Time”

Toronto-based folk duo, Basset, are full of timeless heart. Acoustic songwriters Sam Clark and Yasmine Shelton will take you from a beekeeper’s fields to the haunted basement of a second-hand store in a style that is all their own.

“Change of Time” signifies catharsis during a transition, a song for looking back on something that burned you out, and the recognition, only after the fact, of how hard it really was. It’s common not to notice how much we’re struggling until after we’ve pulled ourselves out and into a better space.

Watch the Live Off The Floor version of “Change of Time” below, and find out more about Basset via our Five Questions With segment.

We are an acoustic duo from Toronto. We sometimes call our music “Cinematic Folk”: a sweeping style of Americana with tight harmonies and storytelling, with accents on fiddle and mandolin. We’ve recently been honoured to have comparisons to heroes like Gillian Welch and The Milk Carton Kids.

We wrote “Change of Time” on a trip to Italy just after finishing university. The song looks back at a period of intense burnout and celebrates the release that came when we left the academic world for a life in music. It was originally full of imagery from Florence and Venice, and while the lyrics wound up leaning away from that, I still think the song is filled with that hazy, lush feeling of those places.

In terms of themes, we just try to stay really in touch with the things that strike us and make us curious, whatever that might be. We’ve written songs inspired by novels, movies, willow trees, cranes, elections, and world war II radio announcers. Musically, we’re very interested in the history of folk music in the United States, traditional music from Ireland and Scotland, and more popular music like Hozier and Bon Iver, who themselves pull on those histories.

We’re playing at the Rivoli in Toronto on September 9, opening for Wayley and John Muirhead, and then at the Horseshoe on October 12, opening for Villages and Devin Cuddy Band.

We’ll release our debut full-length album on September 30 and then set off to showcase across North America. With all the setbacks of the past few years, simply finishing those things is a huge milestone we can’t wait to achieve.