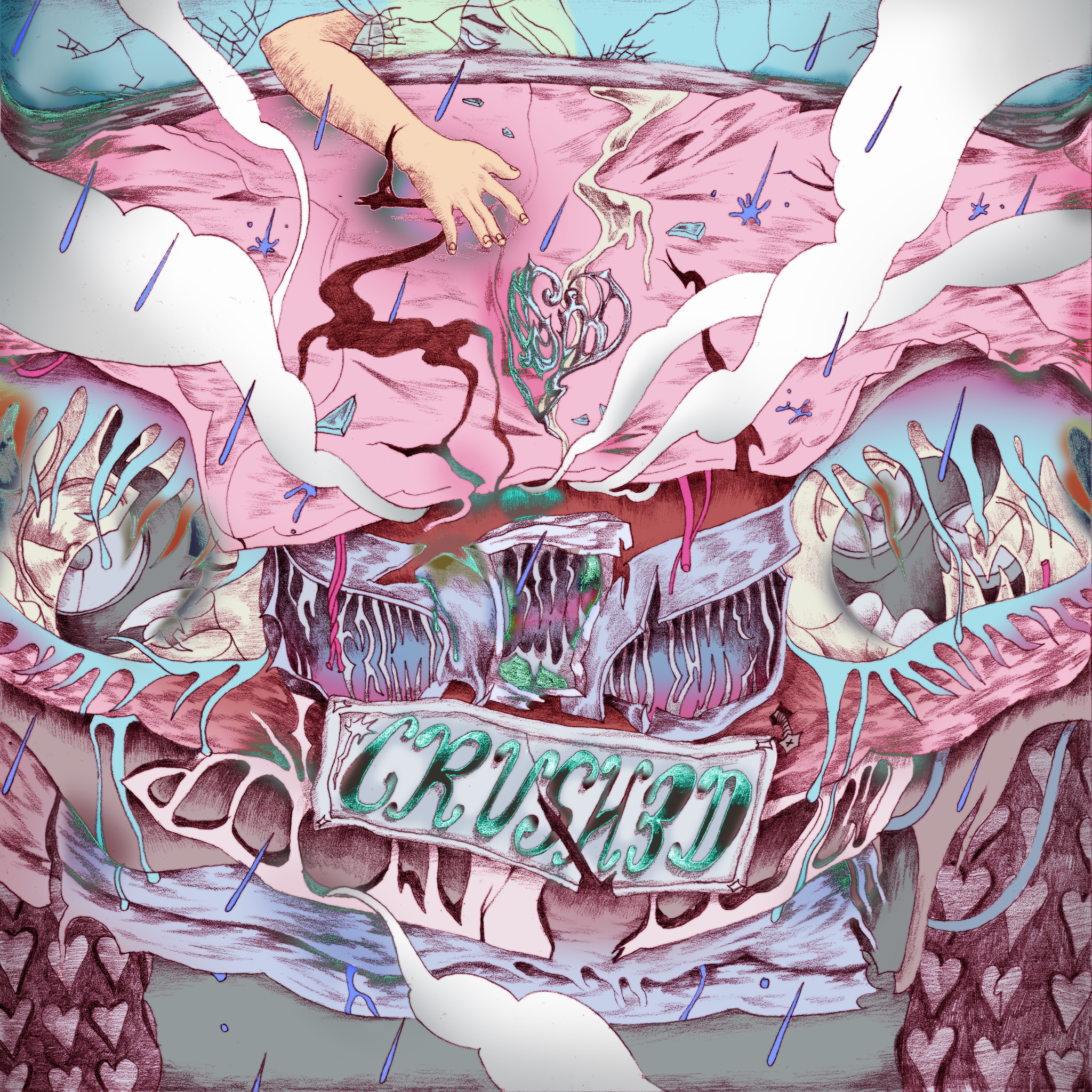 Sufferin Mall “Crushed” It With Their New Single

Sufferin Mall is the project of Yoyo Comay, a musician and poet from Toronto. It is a space for him to explore the relationship between desire and suffering.

His new song “Crushed” combines this sweet thing of having a crush on someone with this violent imagery. The song encapsulates this combination of sweet and sour, with its poppy melody and bright production juxtaposed against a whiny and abrasive vocal tone and very distorted electric guitars.

“In the Sufferin Mall world as a whole, I’m always playing and drawing attention to these conjunctions of pleasure and pain, and how they mix with our desire,” says Yoyo.

“Crushed” also refers to the bit-crusher effect that’s used to degrade audio quality, which is something Yoyo used on the sparkly acoustic guitars that play throughout the song.

The single is from Sufferin Mall’s upcoming Crushed EP, out October 13, 2022. The sound of the EP is twisted metal and spun sugar, like licking honey off of a razor blade. It was recorded entirely in a dingy basement apartment somewhere in Toronto, dreaming of ascension.

Sufferin Mall is not Yoyo Comay’s only musical project – he will also be putting out music under his own name in the Fall of 2022 to accompany the release of the film Midnight at the Paradise, which heavily features his song “When Limbs Die,” both in the soundtrack and the plotline. In addition, his dream-folk duo Lottery, with Elyse Parr, will be following up their 2020 single “Motion Sickness” later in 2022.