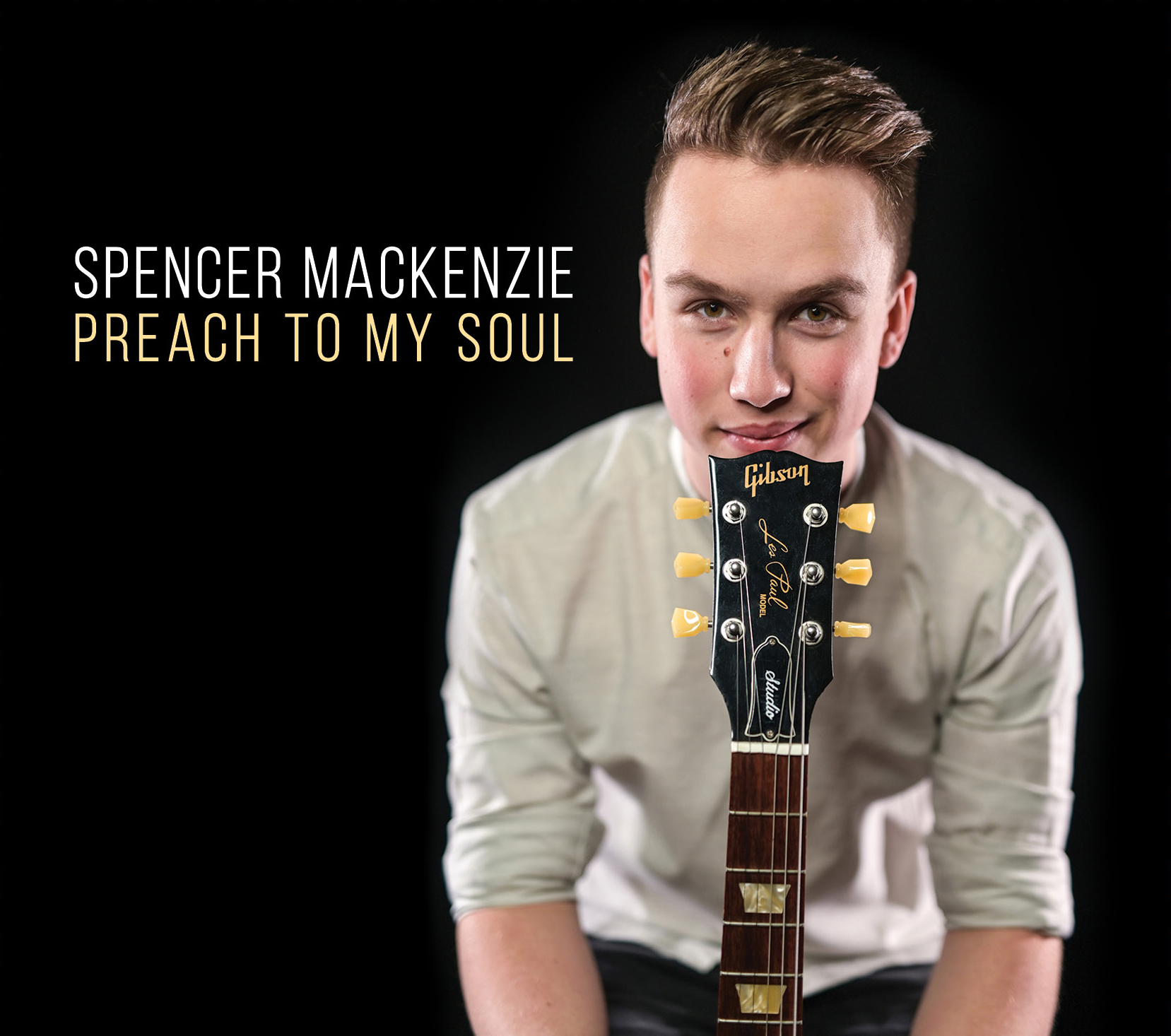 Spencer Mackenzie shares on his recent album, Preach To My Soul

He pushed the boundaries with his talent, passion, and an incredible team behind the album with Emmy Award Winner and Juno Nominated producer Ross Hayes-Citrullo and Juno award winner Steve Strongman appearing on “Paranoia Blues,” and many more talented musicians all giving their incredible talent to this album.

Mackenzie has developed a tone, a vintage sound, a style that resonates, and the phrasing of a seasoned pro. Music is language. Words matter, as do notes. Where they reside in a solo and how, when layered, they sometimes crunch and distort as others sing and sting is where his artistry resides in this new album.

“In the new recording, I’m thoroughly connected to my roots. The title track “Preach to My Soul”, essentially refers to just that”, says Mackenzie. “The powerful influence from those that came before me are fundamentally preaching to my soul, channeling their passion, communicating their love for the blues to come through me in my music.”

Some tracks have a heavier guitar feel and some intricate blues, all influenced with more of a blues-rock intent behind them. Preach To My Soul is a new direction for Spencer. It will surely captivate the true blues audiences while crossing the barriers to inspire the blues-rock, soul, and roots fans!

Listen to Preach to My Soul below, and learn more about Spencer Mackenzie via our mini-interview.

Hey everybody, my name is Spencer Mackenize. I am a Blues-rock singer, songwriter, and performer out of Niagara, Ontario. I am 23 years old and have been performing now for eight years and presently have three albums with the newest one, Preach to my Soul, which was released last month on August 12th.

Preach to my Soul is my third studio album which has eight original and two covers that pushes the boundaries with a heavier guitar blues rock influence while staying true to the blues. I was fortunate to work with an incredible team of musicians and Juno-nominated and Emmy-winning producer Ross Hayes-Citrullo. The album also features Juno winner Steve Strongman on the track “Paranoia Blues.”

That is a tough question, as so many inspire me! I tend to pull from either great Blues legends like BB King, Buddy Guy, Muddy Waters, and Jimi Hendrix, or more modern-day legends like Joe Bonamassa, Gary Clark Jr. Jonny Lang, just to name a few. On the title track, “Preach to my Soul,” lyrically and musically demonstrates the influences that play through me into my music.

I am really excited to make my first appearance in Western Canada on September 10th at the Badlands Amphitheatre in Drumheller, Alberta, for the Roots, Blues, and BBQ. I am also looking forward to my new album release show at the FirstOntario Performing Arts Centre in St Catharines on September 16th, and I will be finishing off the 2022 festival season with the 401 Bluesfest at Happy Green Acres in Mallory, ON

Now with the new album being released and fortunate to perform at festivals and events this year, my main goal is to reach as many existing and future audiences and fans with my new music.