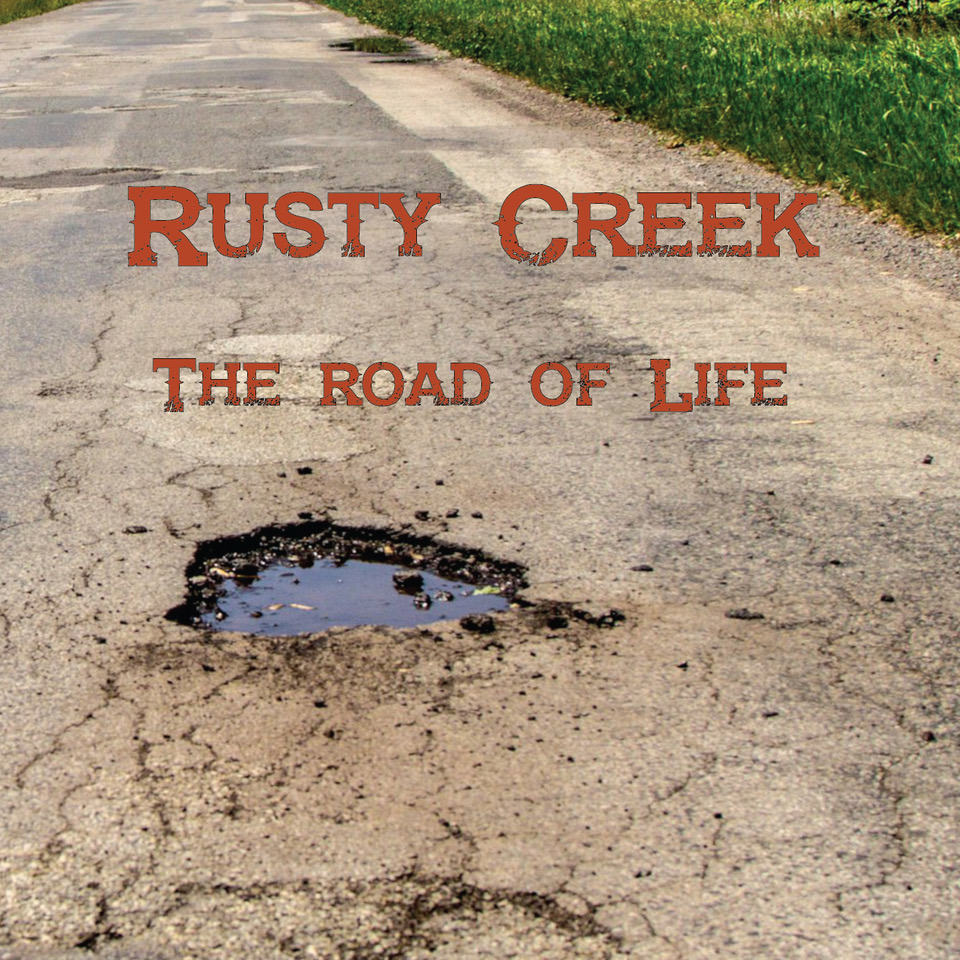 Rusty Creek is a four-piece band that lives and works in the Vancouver area but seems to hail from everywhere. They describe their music as “a mixture of bluegrass, country blues, western swing, Cajun, and anything else we can think of.” Using these elements, they carve out an eclectic original sound they refer to as roots remastered.

They are celebrating their second album, The Road of Life, released in June 2022.

Rusty Creek draws from a deep well of influences that, in their hands, sound completely original and yet warmly familiar. Their songs range from the fiddle-driven kitchen party stomp (the aptly named “Kitchen Party”) to reflective storytelling (“Emma”). They draw the listener in at every melodic and rhythmic turn.

The group was founded by old friends Alex Deeth and Peter Callaway. Before long, they were joined by bassist Lee Stephens and drummer Leonard Saidman, playing a long list of fretted and slide instruments that Deeth and Callaway have mastered over the years.

Alex Deeth is credited with writing the songs. He sings with an unvarnished charm reminiscent of famed sideman/producer and music legend Jim Dickinson. The sound is familiar, friendly, and a little rowdy. Their professionalism as life-long musicians is also evident everywhere on this record for a band that loves a good time. Each track is well-thought-out and provides a solid platform for the song, the instruments, and the vocals.

Somewhere soon, there’ll be a pub where all your dear friends are present and having a great time while Rusty Creek is on the stage, holding the audience all together, something the whole album strives for and succeeds.

Watch the video for “Kitchen Party” below and learn more about Rusty Creek via our mini-interview.

Alex: Hi, my name is Alex Deeth, and live in New Westminster, BC. I was born in Victoria and grew up in Vancouver. From the age of 7, I was learning the violin and started playing guitar at age 13. I was soon joining my first band and writing songs. By 18, I was in The Wicked Orange, the first West Coast group to be signed by Columbia Records.

After 12 years, I eventually played in duos and trios. I first met Peter in 1982 while managing a local roots band in Vancouver. In the late eighties, Peter and I played in a 9-piece horn band, NQR, playing and recording original music. Years later, after living in the Maritimes and Quebec doing mainly solo work, I came back to Vancouver. I reconnected with Peter in 2015 and started Rusty Creek.

Peter: Hi, my name is Peter Callaway, and I live in the Vancouver area. Originally from England, I emigrated with my parents at the age of 10 and spent the next ten years in Victoria. I then returned to England in the late 70s and was active in the London music scene with an original band, The Sore Points. Over the years, I have worked in many genres of music: rock, blues, and rockabilly, but always returning to acoustic roots-based music. After returning to Vancouver in 1982, I met Alex, and we were involved in several music misadventures before finally forming Rusty Creek in late 2015.

Alex: Before the Pandemic, Vancouver was a decent place to play, and gigs were pretty good. Unfortunately, during the Pandemic, at least 12 venues closed. Hopefully, some new ones will open up. But it’s tough for the musicians and the venues at this time. There are some bright spots for Rusty Creek, such as the Sylvia Hotel and the Cornerstone Bistro, where our music goes over well.

Peter: Well…it’s not the easiest place to make a living right now. The pandemic wreaked havoc on the local scene like everywhere else, but we’re starting to see things open up again. We are fortunate to have a few local venues that really support local musicians playing original music. Places like the Cornerstone Bistro offer an intimate setting for a small audience to really appreciate what you have to offer.

You both have been playing for a long time now. What keeps you going?

Alex: What keeps me going as a songwriter is exploring new sounds, different genres, and different rhythms using acoustic instruments and using the new digital means of Recording. Playing with Peter Callaway, who is a wizard on anything he plays, opens up a great new Horizon for my songwriting.

Peter: It’s all about that connection with an audience, always has been. I enjoy recording, of course, and it’s great to create in the studio, but it’s always going to be about the live performance for me.

Alex: This is hard to pick one, But John Sebastian of the Loving Spoonful was probably the one. However, John Lennon was an equal influence.

Peter: I could name several if I go back to my childhood, but to me, the one who turned my head around was Tom Waits. Still my favourite lyricist.