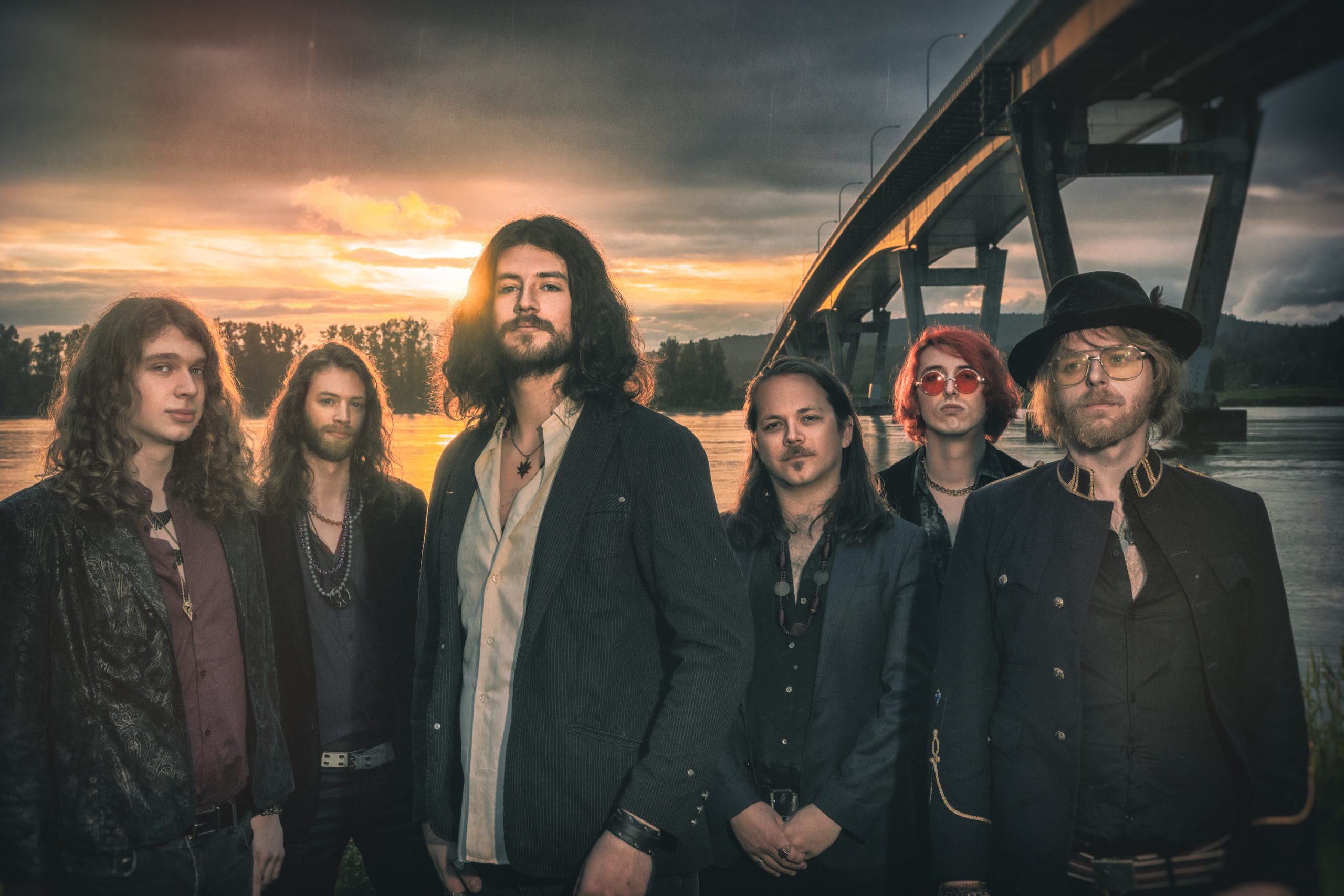 Chase The Bear share their new single, “Underwater,” in advance of their upcoming album, Honey

One title that could be put on Vancouver’s Chase the Bear, in the coolest way possible, is “family band.” They are, in their own words, “a band of blood brothers, childhood friends, and musical prodigies.” That’s just scratching the surface, though.

Read on to learn more about how the guys find balance in a six-member group, what inspired the sound of their new single “Underwater,” and much more.

Your new single, “Underwater,” brings this instant imagery of a live crowd, jamming out, singing along, loving life. Was this kind of vibe a goal for the track? Can we expect more of this on the rest of your upcoming album, Honey?

We’ve always been a live band, first and foremost. The thing that attracted us about collaborating with Danny Craig and Rock is Dead records was Danny’s insistence that our album should aim to capture our live energy. He first heard us as a Judge for the 2017 Best In Vancouver competition, so he came in as a fan of our show and figured out how to translate it through the mics from there.

Since your debut EP came out back in 2018, how would you say you’ve grown as a band, as writers, musicians, and performers?

Being in this band is a bit like being in a 6-way marriage. Our biggest growth has been learning to communicate openly and honestly about art without feeling like every criticism is a personal slight. When a band is clicking, and everyone feels listened to and respected, every other aspect, be it writing, performing, harmonies, or business, feels effortless.

What were some advantages and disadvantages for (most of you) growing up in Fort St. John, BC, vs. the “big city” of Vancouver?

It’s pretty easy to stay inside and practice for hours on end when there’s not much to do, and it’s minus 40 outside. It’s not exactly a cultural hub, so the rock fans find each other pretty quickly and go out of their way, often at irrecoverable personal expense, to keep the local music scene alive.

How have things changed for you since being able to go public with your signing to Rock Is Dead Records? What excites you most about this partnership?

I’m a big fan of small labels. Chase The Bear and our brothers in the Vidos are the only bands on the label at the moment, which means we have the label’s (almost) undivided attention. They obviously love us more than The Vidos, who are a bunch of no-good dirty-rotten scoundrels, and this has absolutely nothing to do with me being jealous at how insanely tight they are or Brett’s booty-poppin’ bass skills.

What are your plans over the next few months?

I want to play in Madagascar and rock out with Lemurs. I cannot be stopped. It consumes my every waking moment, and I find myself incapable of functioning as I lie awake at 4 am, scribbling Lemurs absolutely losing their minds while I rip the funkiest bass solo you’ve ever heard. Maybe there are zebras too, I dunno; I don’t know much about Madagascar.

Oh, and we’re gearing up to release more singles in anticipation of our first full-length LP, Honey, in partnership with Rock is Dead Records, distributed by 604 Records.

Mostly the Madagascar thing, though.

Pamela Roz has spent the last 15 years as a radio broadcaster including in classic rock, adult contemporary, top 40, nostalgia, and country formats.

While honing the craft of radio, Pamela has grown her own publicity business, Pamela Roz PR. Since 2011, she has helped Manitoba-based artists/bands, theatre companies, events, organizations, and charities gain media coverage as well as enhance their online presence and grow their public followings (both on and offline).

Under “other skills/passions”, you will find voiceover, journalism, interviewing, event planning, and event hosting.