By Caroline Charruyer on September 1, 2022 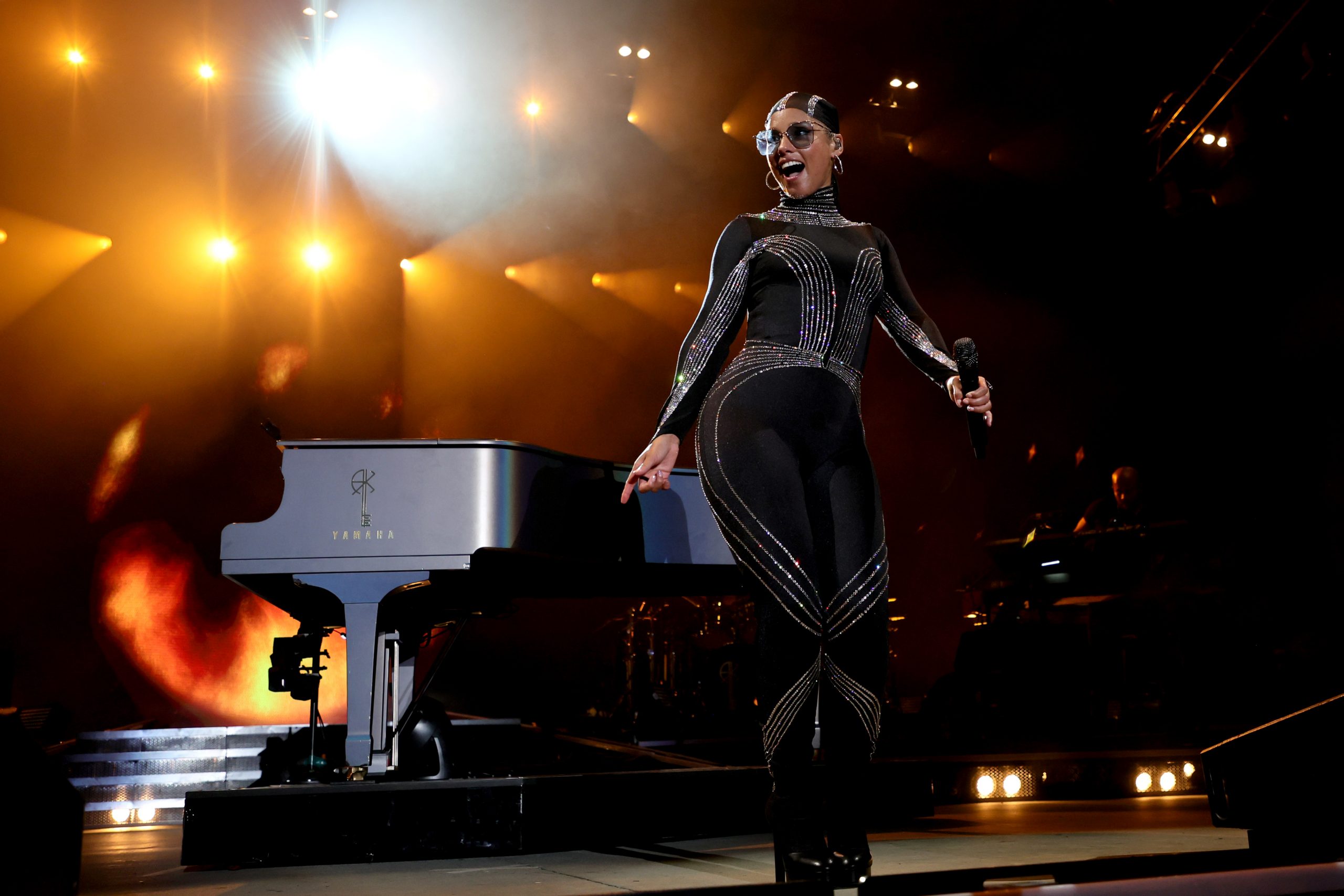 Coming off a two-month European run, Alicia Keys filled out Vancouver’s Rogers Arena on Monday night with an amazing set.

Arriving at the venue, the excitement of the crowd was palpable. Alicia Keys is one of those artists that manage to draw a wide and eclectic audience. With a career spanning over two decades, it is no surprise to see fans of all ages, and they were all ready to finally watch her perform live as The Alicia + Keys World Tour is her first world tour since 2013 (Set The World On Fire Tour) and was pushed back due to the pandemic.

To start off the night, Alicia Keys brought Grammy-nominated singer JP Saxe as an opener. He confessed his nervousness at performing in an arena for the first time. The Canadian musician mostly sang tracks from his latest album, Dangerous Levels of Introspection, including “If The World Was Ending,” his most famous song, and got the crowd going. He treated the crowd to a brand new unreleased song, “When You Think of Me,” that he performed solo on the keys.

At 9 pm sharp, the audience burst into cheers as her silhouette appeared in the middle of the stage, and the first notes of “Nat King Cole” started. Dressed in a gorgeous shiny outfit, she invited us to let go of our worries and enjoy the journey with her for the night. 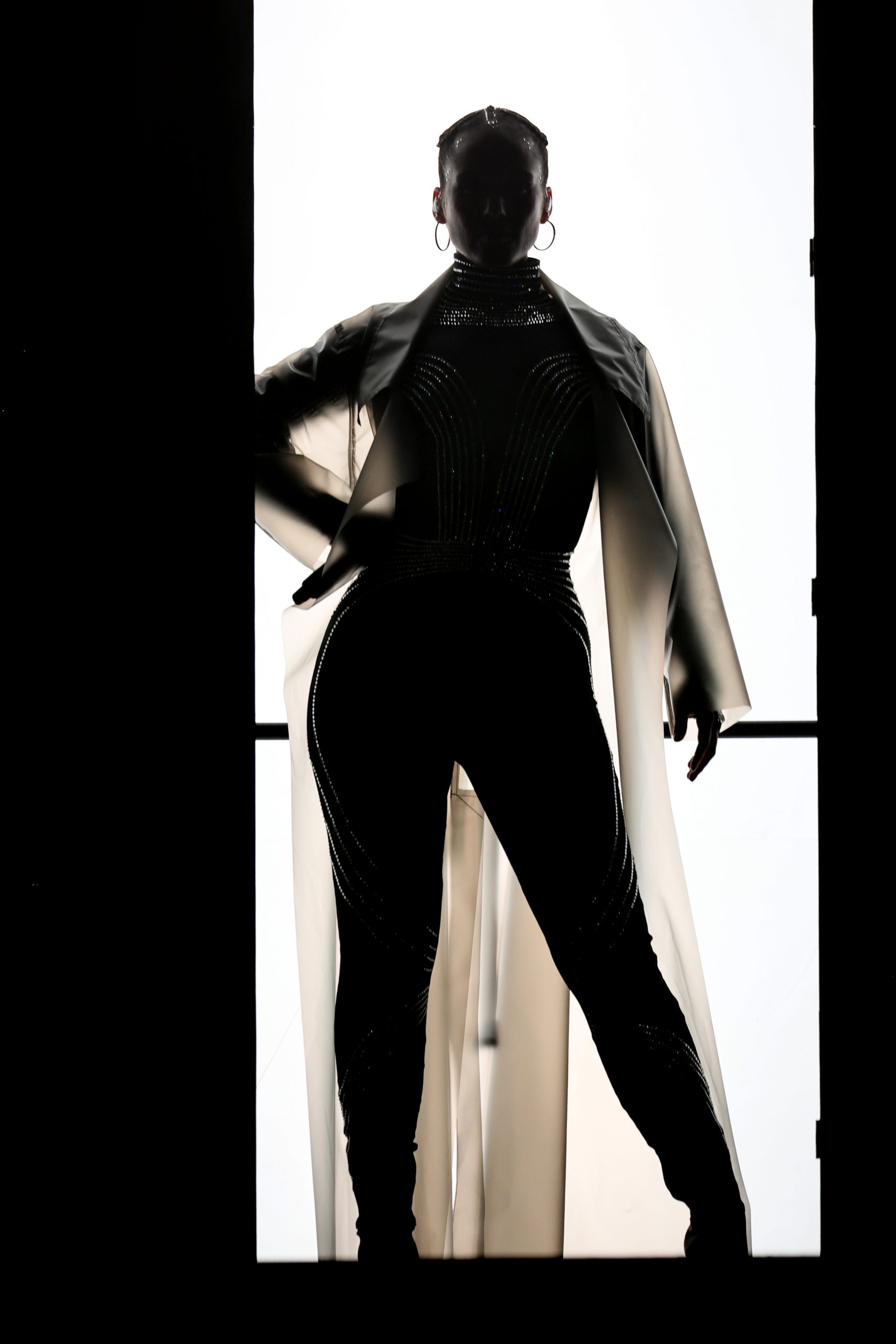 As expected, Keys spent time behind her emblematic piano for the slower moments in her set but did not hesitate to walk along the stage and dance with the audience for the more upbeat, funky songs. Throughout the night, her voice sounded almost as perfect as the album version, with minimal backing vocals. She delivered Grammy-level performances for more than 30 songs, all within two hours. She performed all the classics, including “Girl on Fire,” “No One,” and” Fallin’” (accompanied by a Vancouver choir), as well as songs from her latest album, Keys.

The stage production and light show were polished as expected for an artist of this caliber but not overdone. Having a live band heightened the experience, especially during songs like “Time Machine” and a cover of the Crystal Waters song, “Gypsy Woman.”

Mid-set, she disappeared from the stage for a few minutes, then out of nowhere, she emerged at the back of the arena on a B-stage, turning the venue into an intimate club and giving everyone a chance to have a close and personal view of her. Standing behind a DJ Booth, she focused on tracks from her album Keys. She engaged with the audience by asking them to vote on which version of Skydive and Is It Insane they preferred: original (on her piano) or unlocked (on her MPC). While the crowd picked the unlocked version for the first song, it ended on a tie for Is It Insane. The whole segment emphasized the festive atmosphere of the concert. 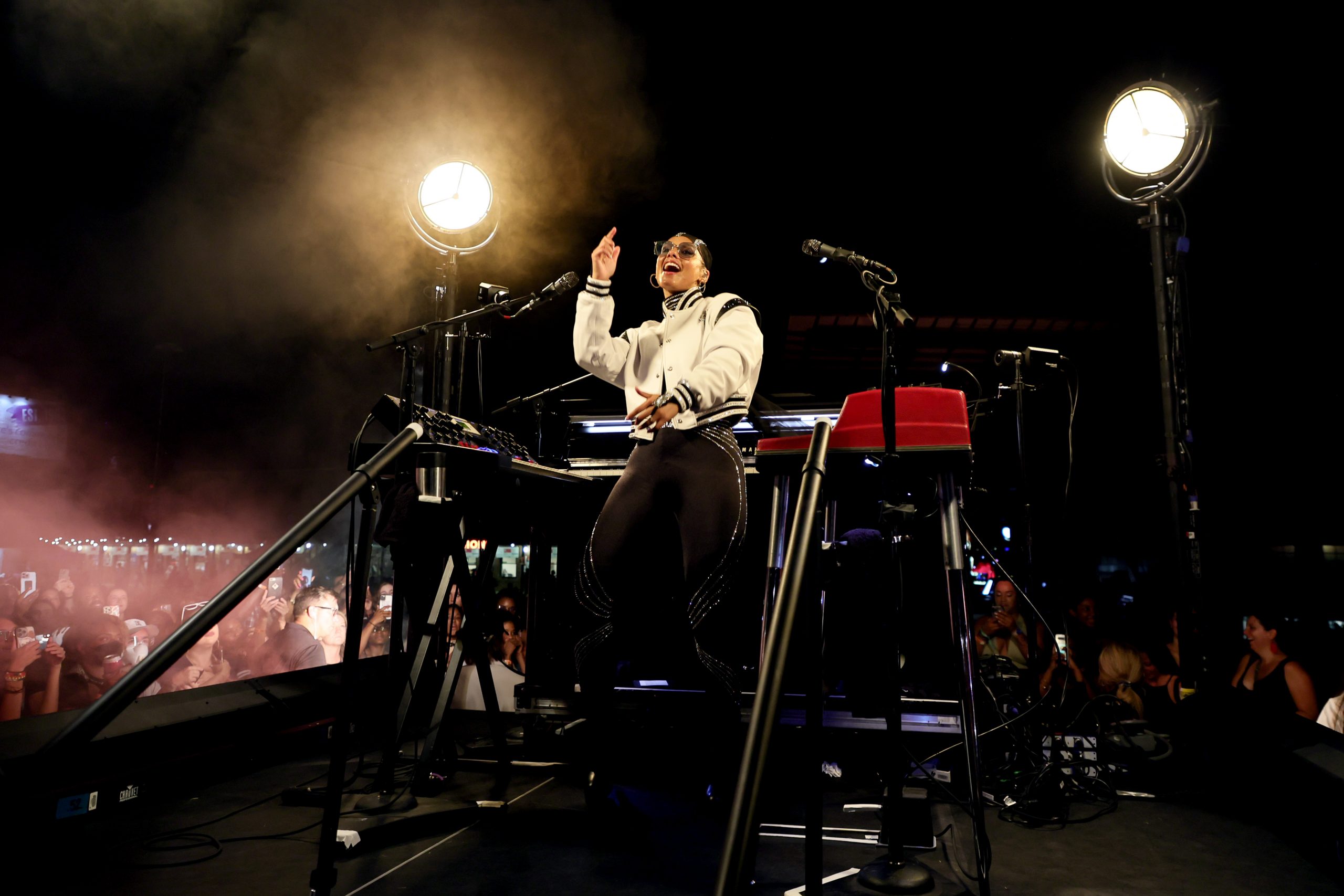 Right after came “Empire State of Mind,” which was one of the highlights of the night. With Jay-z on screen for his part, Keys made her way back to the main stage walking through the crowd and singing with them.

She ended the night performing “If I Ain’t Got You,” with everyone joining to sing with her. She told the crowd to share the magic and the joy and thanked them for sharing this moment with her. 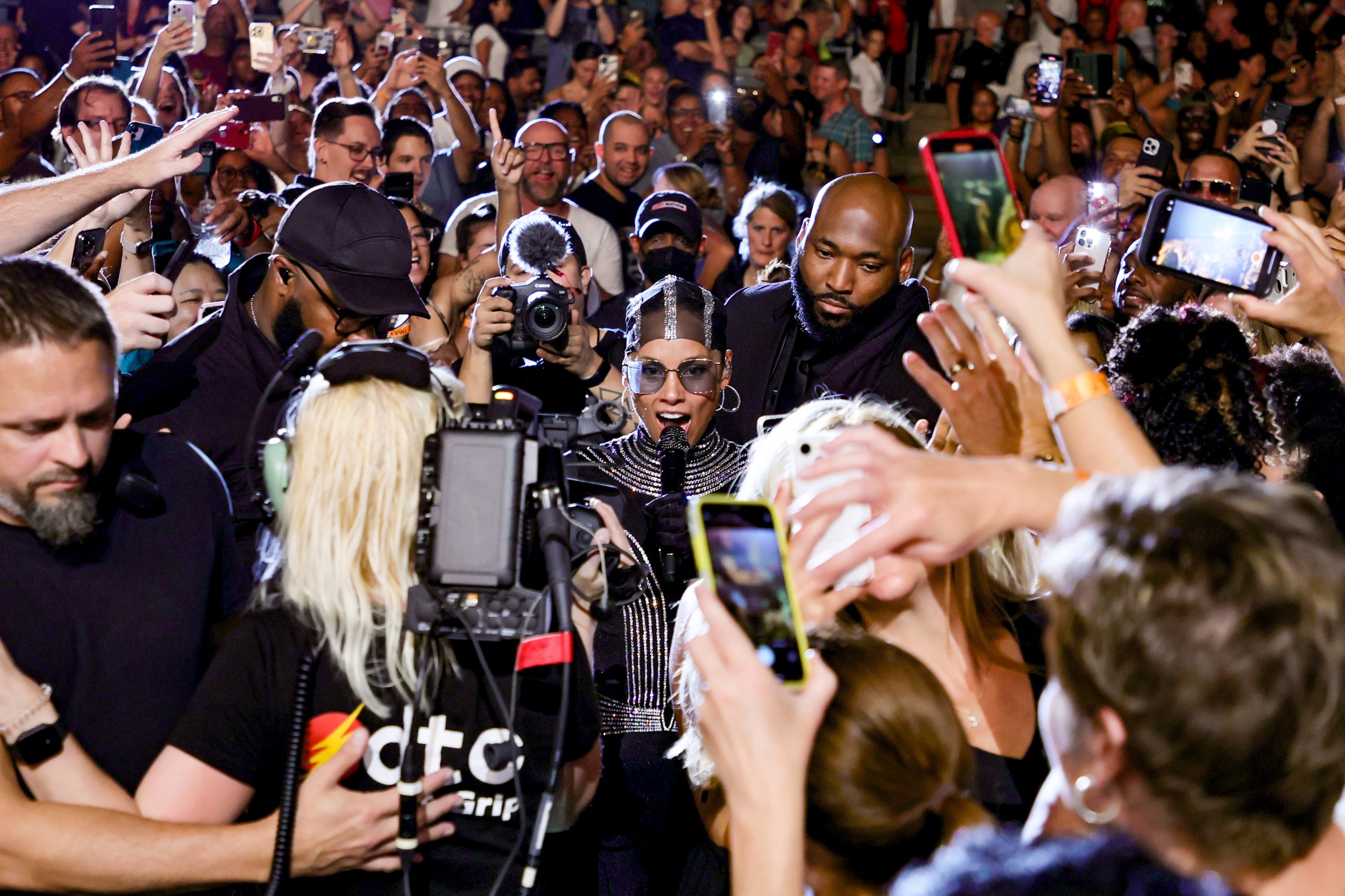 While some concertgoers may have expected more of a “show” or more costume changes on par with the current concert experiences, Alicia Keys proved that she does not need all that to showcase her talent. If you are on the fence about attending an Alicia Keys concert because you only know her most famous songs, do not hesitate, you will love her live. She put on a great spectacle for all. While Vancouver is her second and last date in Canada, she will be touring in North America until the end of September. 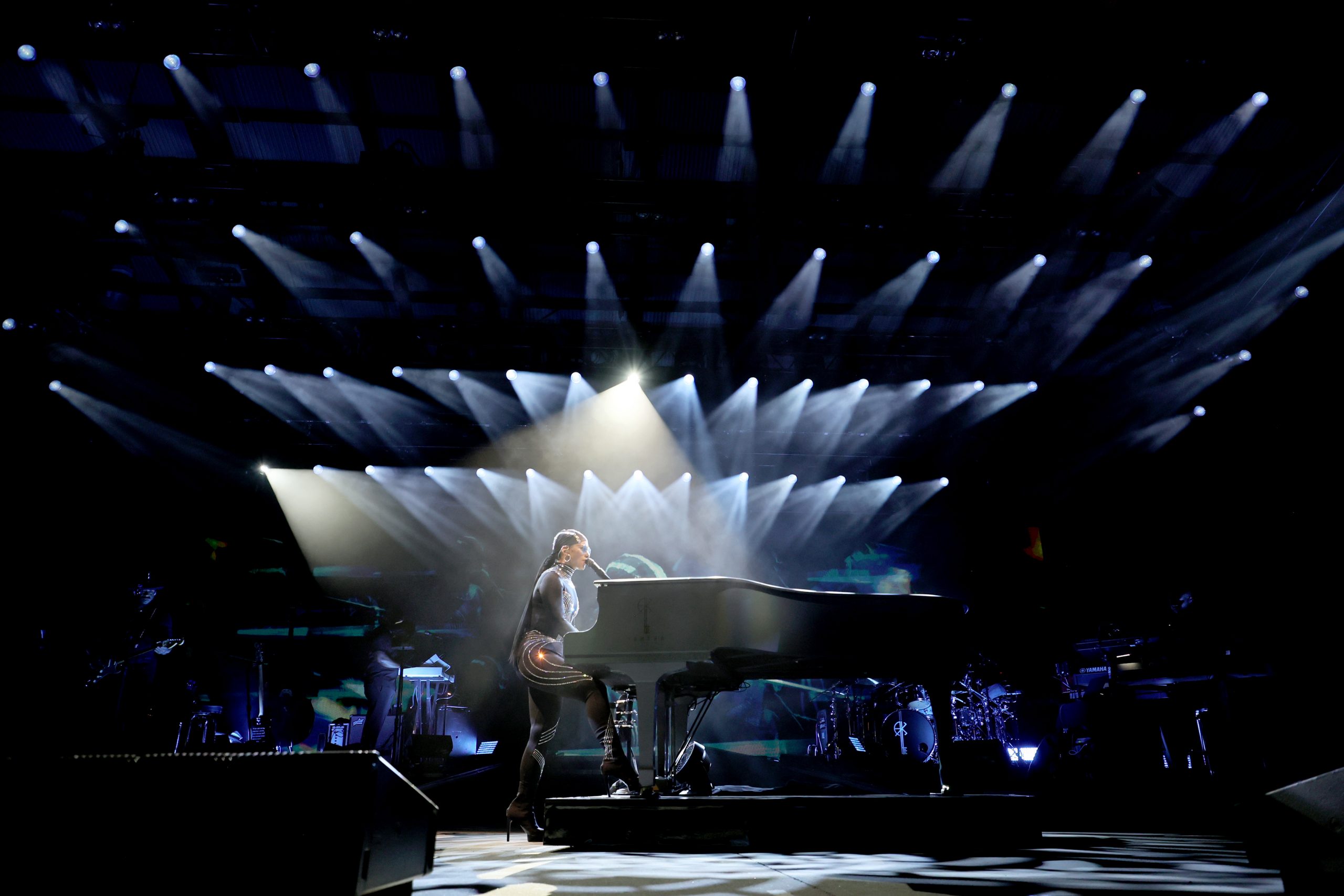 Caroline Charruyer
“My name is Caroline, although most people know me as Froggy. I am a French photographer living in Vancouver, BC.
My photography journey started back in 2012 taking random pictures of my friends when I lived in Scotland. Since then, it has escalated to sports and events photography all over Europe and North America.
I am one of these people that itches to push the camera trigger when watching a performance, and I am so excited to have the opportunity to do that with concert photography as well.
www.frogphotography.ca/music
Related ItemsAlicia KeysconcertfeaturedJP SaxeLiveLive MusicRogers ArenaSet The World On Fire TourThe Alicia + Keys World TourVancouver BC
← Previous Story The Stadium Tour in Toronto, ON – IN PHOTOS
Next Story → Chris Stapleton in Montreal, QC – IN PHOTOS