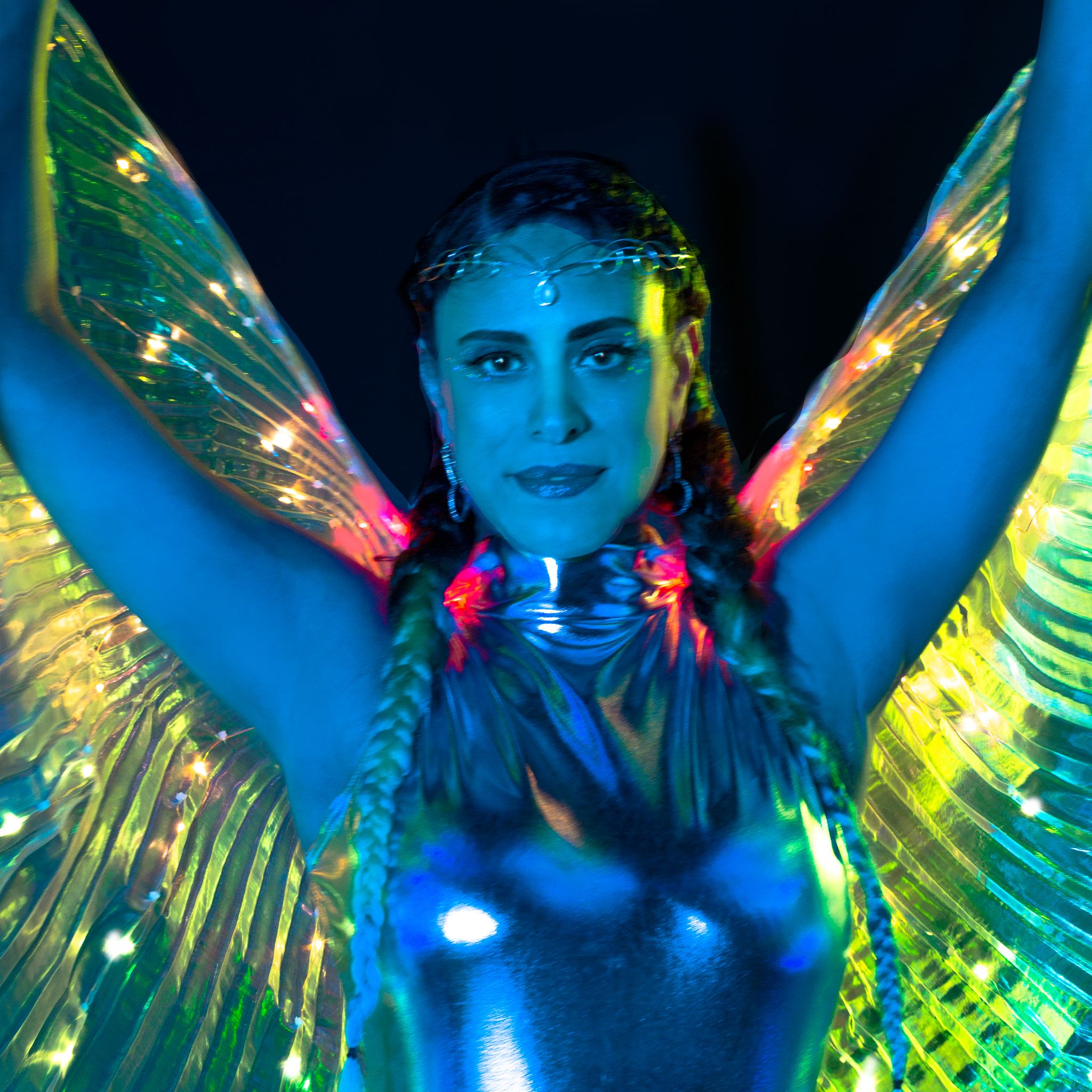 Sarah Shafey shares her fourth single, “Sticks And Stones,” ahead of Blackbox Universe

Canadian singer-songwriter, producer, and mixing engineer Sarah Shafey has released “Sticks And Stones,” the fourth single off her forthcoming album Blackbox Universe, out September 23. The song is accompanied by an electrifying music video.

“Sticks and Stones,” as the name may suggest, is opening up a conversation about the harmful acts of physical or emotional bullying and abuse. One can be invisible, but both can be extremely detrimental. Listeners will be entranced by Sarah’s fierce approach and electrifying instrumental combinations in this electro-pop track.

“Watch me come in, I’ll move like the wind, they’ll never see me coming,” cried the lyrics. “Sticks and Stones” is an anthem of standing tall and rising up when those hurting you will least expect it.

Throughout Sarah’s writing experience, she explores different versions of herself, which she has characterized through the singles being released leading up to her fourth album. With the first single, “Competitor,” we saw the character Princess Layla (an Egyptian Princess) visualized through the single’s imagery and in Act 1 of Shafey’s comic book series. The second single, “Pick Up The Phone,” introduced Sarah’s audience to Suzy Q (an adoring wife) for Act 2. Most recently, Shafey revealed Act 3, Boss Babe (the brainiac and hard worker) in “Caught Out The Door.” Today, the final character of the comic series, Alninilaka, brings her Zen and meditative love to the storyline. Alninilaka is “the peaceful characteristics that we all want to embody in this hectic world,” explained Sarah. You can read Act 4 here, along with the full series here.

“We all have different versions of ourselves so I felt the need to explore who they were,” says Sarah. “Some of it was a shedding of skin that I don’t want anymore and other elements are more closely aligned with who I am now and want to be more like.”

As with the previous three singles, as soon as the song began, I knew Sarah was offering yet another epic track, which made me anticipate Blackbox Universe even more.

“Sticks And Stones” has a pop-infused electro beat, which complements Sarah’s flowing vocals perfectly. As she chants the lyrics in an almost bouncing tone, they summon an anthemic feel.

Throughout the song, Sarah’s vocal stylings continue into melodic weaving verses and powerful choruses, which will speak to listeners who have been put through physical or emotional abuse, bullying, or any other trauma that has left them feeling broken, let down or hurt in any way.

From the first verse, with lyrics, “Sticks and the stones be breaking my bones they’re always gonna hurt me,” you are placed in the shoes of someone who has suffered bullying and/ or abuse of some kind.

As we reach the chorus, “Watch me come in, I’ll move like the wind they’ll never see me coming.” and “A powerful thing when I’m out to win the battle call is something,”
conjures up the feeling of standing up for yourself and showing your strength.

One thing that I absolutely love about Sarah’s music is that they all have emotion attached and a message that most of us need at one time or another.

Watch the video for “Sticks And Stones” below, and stay up to date with Sarah Shafey via her socials.