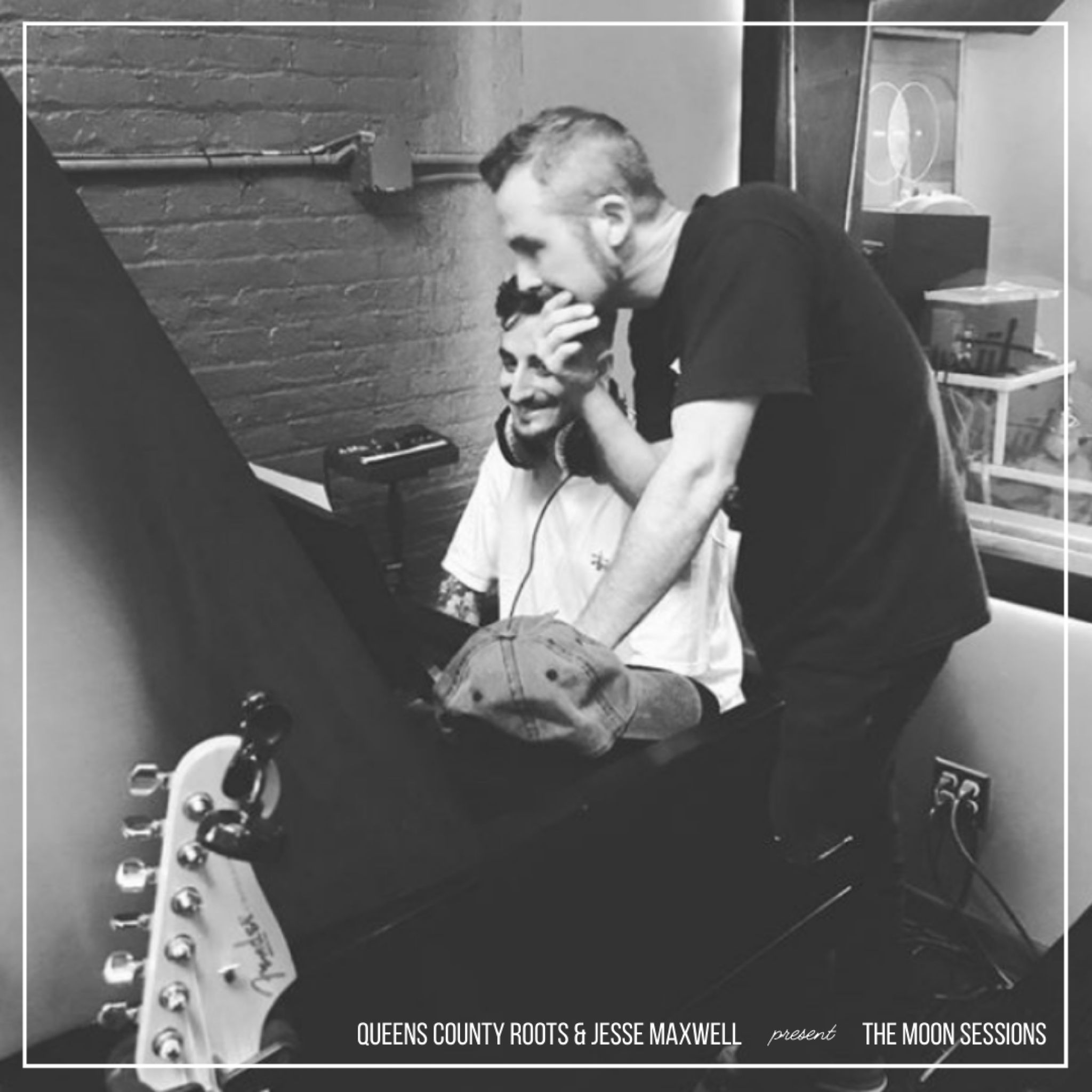 Most recently, they have unveiled the single, “Feed the Hungry,” which harnesses the age-old metaphor of love as sustenance.

Maxwell’s vocals lead this track into an R&B vein, complete with ethereal and yearning lyrics, such as, “I have a thirst that I can’t seem to quell by drinking deeply from a wishing well.”

Undercurrents of neo-soul, prog, and major key blues rock flesh out this soaring and eclectic track.

Listen to “Feed The Hungry” below, and find out more about Jesse Maxwell & Marlon Hurt via our Five Questions With segment.

Jesse: We are Jesse Maxwell and Marlon Hurt! I’m a producer/artist from the Toronto area, and Marlon is a songwriter/guitarist based in Queens, New York, but originally from Atlanta, Georgia. We met back in 2018 when I moved to New York City and auditioned to be the frontman for Queens County Roots.

Marlon: I realized during Jesse’s time as QCR’s lead singer just how well we got along personally and artistically. He’s one of my favorite people on the planet! So even when Jesse eventually moved back home to Canada in 2019 and got his solo career up and running in a big way, we kept in touch. The long-distance thing hasn’t stopped us from collaborating. Everyone got pretty good at Zoom during the pandemic!

Tell us a bit about your most recent release with Queens County Roots.

Jesse: We had released one EP together while I was still in QCR (“Stereo,” 2019), but we still had a lot of unreleased material that we had recorded together at Moon Studios in NYC. We’ve wanted to release these songs since I left New York, but they took a while to come together, which is why it’s so exciting that they’re finally seeing the light of day! I love how each one turned out. This EP takes me on an emotional journey, and I feel each one tells such a strong story.

Marlon: The songs had been in limbo after Jesse returned to Toronto. The one that we hadn’t tracked already was “Lie Down with Wolves,” which is actually a country tune. But I was inspired by the choral version of The Beatles’ “Because” and by vocal virtuosos like Jacob Collier, artists who Jesse admires too. I thought it would be cool to give Wolves a similar choral treatment, and I know just one person who can create such rich, emotional tapestries using only his voice, so I asked him. Luckily, Jesse said yes! After that, I convinced him to take on “Feed the Hungry,” and we started to get some momentum. And now, well, here we are!

Marlon: All six songs started as a snippet of something, a lyric that I couldn’t shake, or a chord that really resonated with me. And I roll it around in my head and try to complicate it in fun ways, like asking how the rhythm can change or how else I can expand the metaphor at the heart of the song. For “Feed the Hungry,” I had that lovely major seven chord and this idea of love as sustenance, and I just spun the song around that. So in that way, I guess I don’t look to outside inspiration; the songs themselves inspire me to finish them.

Jesse: As a producer, I tend to pull inspiration from wherever the song is calling for. I try to put myself in the listener’s shoes and explore what I would want to hear if I was listening to the song and cool ear candy that would pique my interest.

Marlon: The big bummer about being geographically distant is we can’t do shows to support the EP release. But maybe I can get QCR to swing through Toronto and open for Jesse someday. We’ll definitely support him when he tours NYC!

Jesse: No upcoming shows for Jesse.

Marlon: Jesse is helping QCR put together a full, eleven-song album! This is with our awesome new lead singer, Rachel Dalton. But Jesse and I are already really excited about how it’s sounding. We plan to wrap that up by the end of the year and release it in early 2023, and we’ll definitely let you know more about it!

Jesse: My goal for 2022 is to keep networking with artists and industry to continue feeling the sense of community I’ve started to build for myself. I’m an artist that started his journey during Covid, so I missed out on that sense of community, but I’ve been able to meet some great artists and creatives since, and it makes me feel like I belong in my industry.