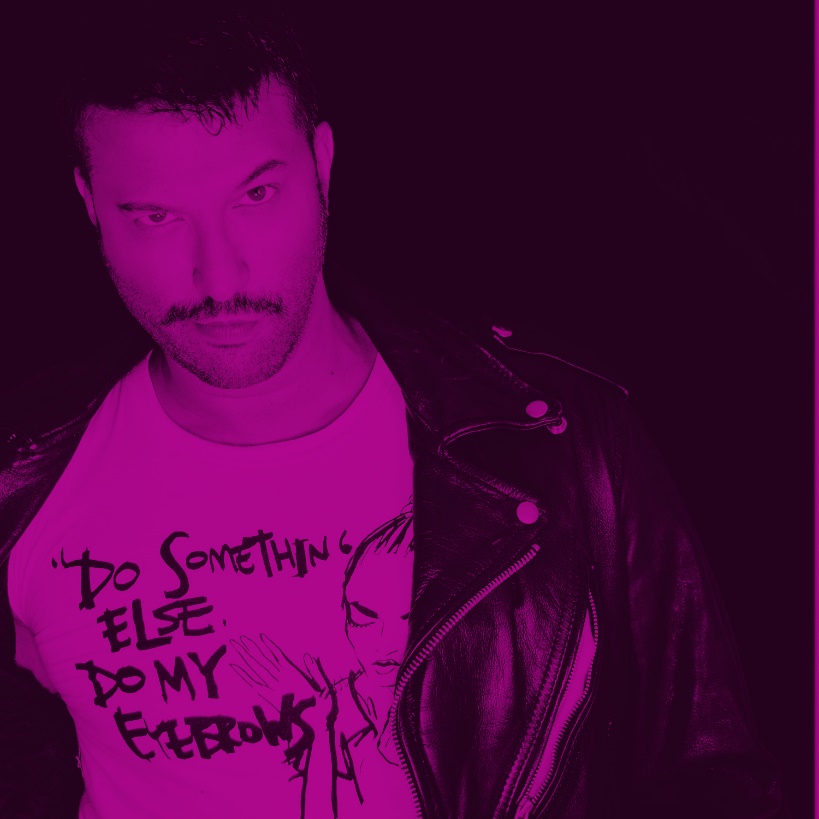 Mr. Slade Asks You To “Call Me” Like Blondie Did All Those Years Ago

Mr. Slade breathes a new technobeat into the longing plea made famous by Debbie Harry and Blondie. “Call Me.”

“I chose “Call Me” as a cover song, not only am I a huge Blondie fan, but I thought a song about male sex workers could have a slightly grittier, rougher feel to it,” says MR. Slade, adding: “Exploring and clashing with sounds that were either feminine and/or masculine together.  When I write or compose music, I’m more visual than anything else. I wanted the song to sound like it was being blasted out of someone’s car while parked at the pier in NYC circa the 80’s. A bit dangerous in feel but with a cheeky nod and wink and an homage to idea that sex can connect us in this sometimes-cold isolated world. Dirty without the shame.”

Not only did Blondie concoct a tumbler of desperately beautiful disco and new-wave beats blending into a cocktail of need and want, MR. Slade has harnessed where these 80s icons lead and pointed the song in a brand-new direction. Produced by Neil David McDonald, MR. Slade slides in and around the lyrics, a low-fi homage to Harry’s original seduction.

“My music is an extension of my beliefs, both political and spiritual,” says MR. Slade. “The idea that if you are born a certain way based on your gender, orientation, or race that you are allowed only one avenue of expression. To me that doesn’t work. I started writing music heavily influenced by the DNA of classic rock and 80s hair metal with a bit of 90s alternative/grunge/ industrial thrown in. Pretty much everything a Queer South Asian guy had no business in, but a soundtrack for my personal rebellion against Society and its rules. I wanted to prove that labels are for soup cans and not people.”

MR. Slade’s interpretation of “Call Me” is a straight-up, dark corner of the nightclub love fest. It’s a gritty, electro-soundscape of “do you dare” and “no regrets.” The song is a serve. And sets the stratosphere for more interpolated disco bangers to make a resurgence on the 2022 dance floor.

“I also wanted to explore music that was fun, aggressive, sexy but also questioned our consciousness and our individual roles in making the world a better place for all, while having the most fun doing it,” says MR. Slade.

MR. Slade also unveiled a music video to accompany the release, and fittingly, MR. Slade wears a Debbie Harry tee, a Freddie Mercury ‘stache, and a smile that says: “Call Me.”

Watch the video for “Call Me” below, and stay up to date with MR. Slade via his socials.