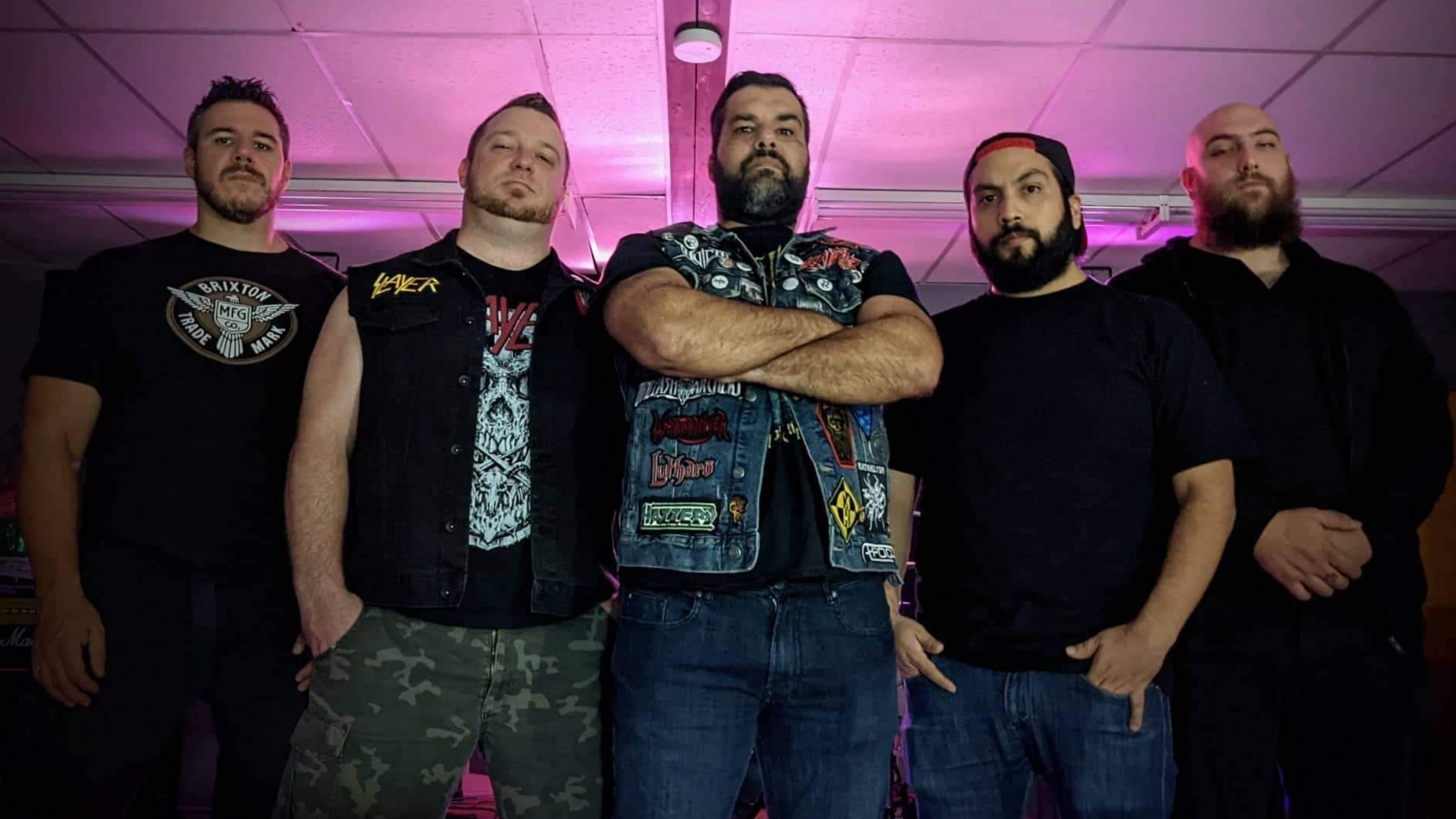 Aquila Unleash The Great Fire, An EP of Aggressive and Progressive Brutality

Hamilton, ON, Canada’s Aquila have returned with their latest EP, The Great Fire, after taking a short vow of silence since releasing two EPs in 2020, Valle Mortalitatis (Feb) and Jewel of the Empire’s Crown (July). The Great Fire continues their love affair with historical stories of the Roman Empire.

“We write about Roman events and themes like battles and certain emperors. It was brutal times back then, so the listener gets a little history lesson as well. I write my own twists and spice things up for the story in the song.” adds vocalist Mark Arruda.

The Great Fire is a concept record of four songs about the Roman Emperor Nero, who is known for killing Christians, and The Great Fire of Rome (Jul 18, 64 AD – Jul 23, 64 AD). This recording is musically the most brutal and progressive material the band has written, emphasizing the METAL into METALcore once again.

“This is our best material to date. It’s brutal, heavy, and catchy and it’s a rollercoaster ride. It has the Aquila sound still with some added influences to our sound. We have matured as people and as songwriters during this time of the pandemic. To be honest, this EP saved us from going crazy during these troubled times. It helped us stay focused and motivated through it all. I hope people give it a listen, we are metal fans and metal lovers. I’ve been in metal bands since 1999 and I’m, I mean, WE are so proud of this EP.” comments Arruda.

With all its fury and melodic groove, The Great Fire is just the next taster for fans old and new alike, as the band continues writing for a full-length album to be released in the near future. The band adds:

“We want our listeners to experience the emotions on this EP, there are elements to headbang to and elements of anger and sadness as well. Each track is different from one another with a lot of hills and valleys.”

And local fans in Hamilton, ON, will be able to experience them live for the first time since 2014. The band will perform on September 2nd at Doors pub alongside Kings In Graves, With Fists Open, and Demise of Ourselves. More info here.

Listen to The Great Fire below, and find out more about Aquila via our Five Questions With segment.

Hi.  My name is Mark Arruda, and I’m the vocalist for the Canadian metal band Aquila from Hamilton, Ontario.

Our band, Aquila, just released a new EP called The Great Fire. It’s four brutal tracks that we have written during the pandemic from 2020 to the end of 2021.  The songs are the most brutal and mature songs we have ever written.

The majority of the themes and concepts for our music are about the Roman Empire.  We like to read about Roman history and that time frame of Rome.  It was brutal times back then.  Lyrically, I try to picture being part of that era and compare it to today’s day and age.  The listener gets a little history to learn while listening to our songs.

Currently, we are planning to play some local shows before the end of the year.  No festivals are booked yet, but we plan to hopefully play a show next summer.  We all have families to care for, and that comes first.  We all have busy schedules with work and family.

Our goal for 2022 is to promote our new EP, The Great Fire, and play a couple of local shows in the Hamilton, Ontario, area.  Also, we started writing for a full-length album.  We haven’t written a full-length album since 2013, so that will be our focus musically after the New Year.  We are still talking about which direction we would like to go with the new material.  I know we want it to be the best songs we have ever written.  This new EP is very brutal and progressive for us, so we want to keep that style and work with it a lot more.