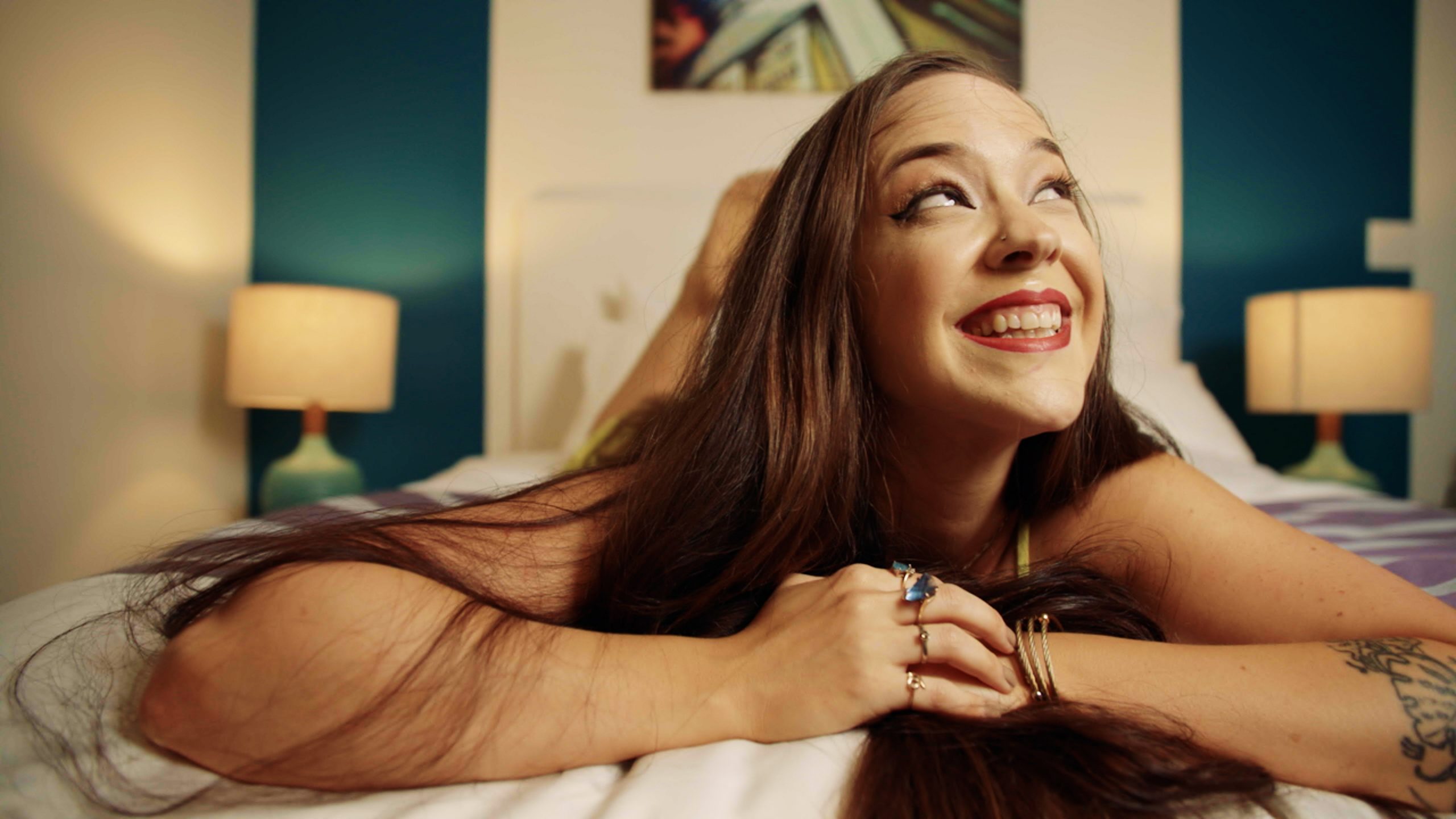 A lover who withholds is often frustrating, at best. With that, multi-award-winning Victoria, BC-based jazz songstress Alli Bean perfectly captures the dynamic’s push-pull in her new single “Twenty Questions” from her recently released album, Outside Voice.

Framed as a series of increasingly probing questions for her lover, “Twenty Questions” features a funky, head-bopping groove, saucy and soulful vocals, and a chill “Doo doo doo” chorus over a rollicking piano. Basically, it asks –  in a detached and curious way – why the guy is such a damn narcissist:

What do you dream about while I awake from dreaming of you?
While I try to turn my light out, what is it you do?
Where do you go when you don’t have a plan?
Who are you when you’re not the front man?

The narrator inquires, somewhat sadly, why such a lover won’t let anyone in, but her smarts and self-respect get the better of her over and over again as she challenges: “Why am I freezing in the heat while you’re struttin’ around so cold?” The overall message is a tried-and-true “you’re so vain,” so that the woman doing the calling out emerges as the song’s embattled hero.

It’s a theme that’s overarching on the album, recorded in its entirety in Bean’s tiny home studio during the pandemic.

“Outside Voice is a culmination of works created along a personal growth journey,” Bean divulges. “We go through life making moves, and choices aren’t always conscious. By chasing people and seeking external validation, we find ourselves in dicey situations, leading us astray from what matters.”

“When I realized I had this issue,” she continues, “I turned inward and began really asking myself what I was relentlessly pursuing – what did I need to let go of in order to find it? In that process, I said goodbye to a lot of habits and ideas that got in the way.”

Watch the video for “Twenty Questions” below, and find out more about Alli Bean via our mini-interview.

I’m Alli Bean! When I’m not singing or playing piano, I talk about those things with people who love them. I just released my first album, Outside Voice, on all streaming platforms & I’m delighted to share it! I’m an incredibly lucky person & I’m thankful every day that I get to do work I love.

It’s like being a thread in a gorgeous patchwork blanket. Victoria is tiny; there are small scenes that intersect within the city but also from other parts of the Island. I spent a few years in Nanaimo finishing up my Jazz degree. When I moved back to Victoria, it was a great surprise to occasionally run into familiar faces from up-island at jams, at gigs, in bands & on recording sessions, as well as conversely greeting Victoria musicians in Nanaimo venues. It’s a blessing to meet new people through this web of musicians of many genres.

There’s funk, blues, and jazz in the new single. Where does all that music to mesh together come from?

I’ve always listened to a wide variety of music, but R&B, funk, & blues got me the hardest. I grew up in the heyday of Boyz II Men, TLC, The Fugees, Destiny’s Child & Notorious BIG. R&B was on heavy rotation on mainstream radio in the mid-90s into the 2000s & I always had it playing.

These days I love listening to folks like The Temptations, Sly & the Family Stone, Parliament, Donny Hathaway, & Aretha Franklin. The old-school stuff keeps me warm. The Jazz & Blues stripes came along when I started to think about where R&B gets its roots. Esperanza Spalding calls Jazz “American Classical music,” & she isn’t wrong. I fell in love with Jazz while I listened to CBC’s Radio Canada at my last warehouse job.

There was a precise moment when I remembered that I could play piano: a beautiful swinging solo piano piece was playing through the static as I wiped the surface of a greasy teapot. “Wait a minute… I used to play piano. I could totally do that if I wanted to,” so when the relationship with that employer ended, I went to Jazz school to study piano & later voice. While I was there, I became familiar with piano players like Marianne McPartland, Hazel Scott, Wynton Kelly & Brad Mehldau, plus singers like Ernestine Anderson, Carmen McRae, Bessie Smith & Dinah Washington. All of these folks, plus others, became major influences.

While my personality is all Rock & Roll, I don’t think I can write a straight-ahead Rock tune without at least a few altered chords in there to season it my way.

Brandy. She released her first album in 1994. I was nine years old & she would have been around 14 or 15 at the time. I heard I Wanna Be Down & the vocal work was incredible! It also fascinated me that another kid just a bit older than my big sister sounded the way she did, had a song on the radio & a CD out! I couldn’t even fathom how that was possible, but I knew I wanted to learn about music. I started playing piano the following year, as it was suggested to start there if I wanted to be a musician when I grew up.

Alanis Morissette’s Supposed Former Infatuation Junkie. I love her honest writing, her ability to bite hard & then soften, & the content itself is about relatable interpersonal situations. Songs like So Pure & I Was Hoping still resonate with me today.